Chloe is currently on the NTU Graduate Development Programme (GDP) as a Service Desk Communications Analyst. Since starting the role, it has given her a newfound confidence and an insight to where she wants to go in her future career. 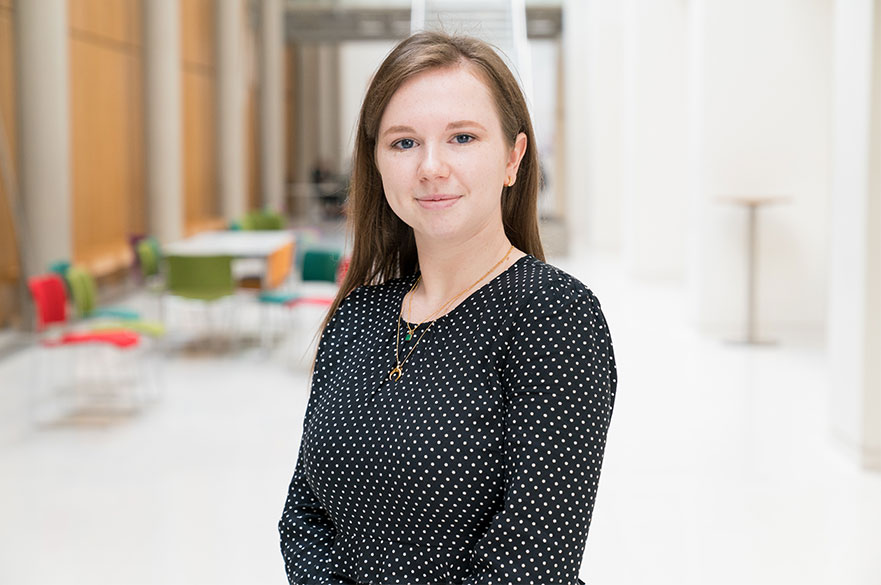 It’s overwhelming to receive such a huge amount of support, not only from my department and team, but from the Programme and other graduates too.

I studied Journalism at NTU but I realised early on that it wasn't the exact career path I wanted to take. I found the media fascinating, but I felt that being a journalist just wasn't the right fit for me. As I tried to look for other options in my third year I came across the GDP.

Starting your first full-time job after graduating can be daunting, but once I started, I was put at ease immediately and welcomed with open arms. Straight away I recognised what an amazing stepping-stone it is to starting a career. It’s overwhelming to receive such a huge amount of support, not only from my department and team, but from the Programme and other graduates too.

Since starting the GDP I've found that it’s the perfect fit for me. I was determined to find a job that I could use the skills I learnt while doing my degree, and now I use them every day. I never thought I would be working in a digital technologies role but doing so has vastly widened my knowledge.

Day to day I spend my time creating informational videos and guides for staff and students, redesigning documents and I even get to write news stories about my department. I never thought I would enjoy my first job out of university as much as I do, but I can say that applying for the GDP was one of the best decisions I ever made.

My confidence has been lifted hugely by the people around me, being in the most kind and accepting team I could have wished for. It's astonishing to see how much time and effort people are willing to put into you as a young professional. It shows that they really want you to succeed and will help in any way they can. Plus, I never thought my work would be praised so highly and by people in high places in the department too.

I would recommend the GDP to all NTU graduates no matter what course they're studying. It's an amazing way to improve yourself and learn to have greater faith in your abilities.