We’re proud to call Nottingham home. It’s a city of culture, nightlife, sport, and stories – one that’s big on fun, and small on cost. It’s friendly, it’s exciting and has excellent transport links – the perfect place to embrace your independence.

Our city bustles with students – we're home to two major universities, attracting over 60,000 students to the city.

In fact, we have one of the youngest populations of any major UK city. Nottingham is currently the second youngest core city, with more under 30s than any other except Manchester (figures from Nottingham City Council, 2017). Experience a gig at Rock City

2. Experience one of the best nights out in Britain

We've been awarded a Purple Flag Award for the seventh year in a row, recognising Nottingham as one of the best nights out in the UK.

Discover bars hidden down alleyways and under pavements, chic cocktail bars and cosy pubs, as well as indie hotspots and nightclubs playing cheesy tunes. For a flavour of Nottingham after dark, check out our guide to the city's nightlife. 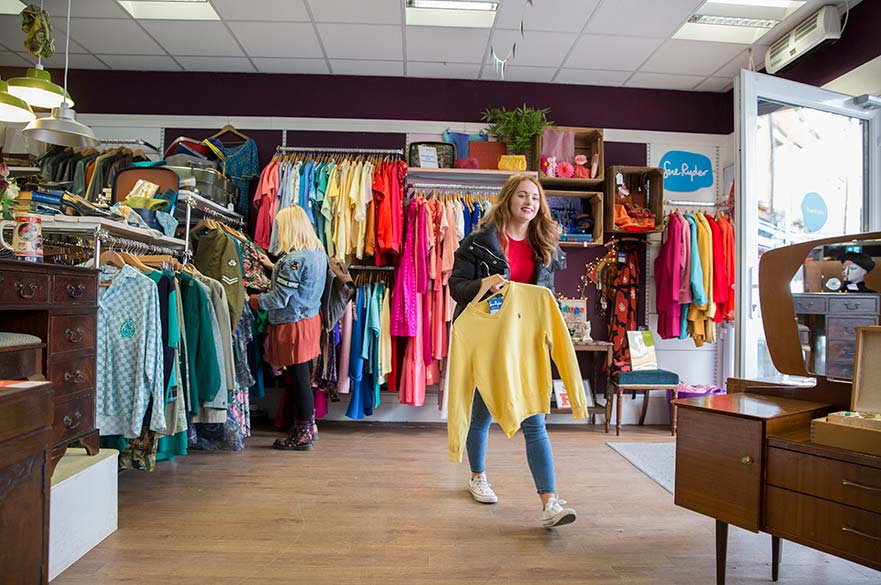 Take a trip down memory lane in Hockley, just a couple of minutes' walk from Old Market Square.

The cobbled streets are home to vintage treasure troves such as Cow, Wild Clothing, and White Rose. Or get lost in Hopkinsons, a warehouse labyrinth crammed with antique homewares, clothes and trinkets. 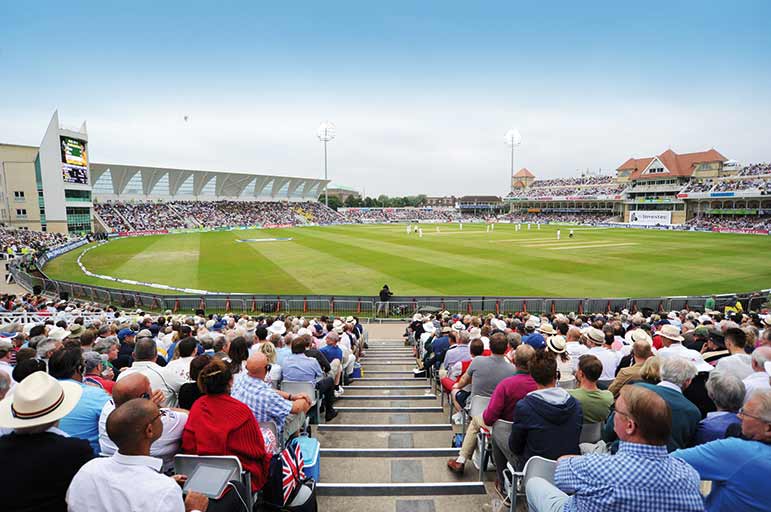 Show your support for the Notts Outlaws at Trent Bridge

4. We're the home of English sport

Not our words – the words of VisitEngland, who awarded Nottingham the Home of Sport title in 2015. From Brian Clough to Carl Froch, and Torvill and Dean to Rebecca Adlington, it’s a city of legends.

Our city's home to two football clubs, the world-famous Test match cricket ground Trent Bridge, the National Ice Centre, and The National Water Sports Centre. In fact, you'll find everything from tennis to roller derby in our city – check out our sports guide for more information. 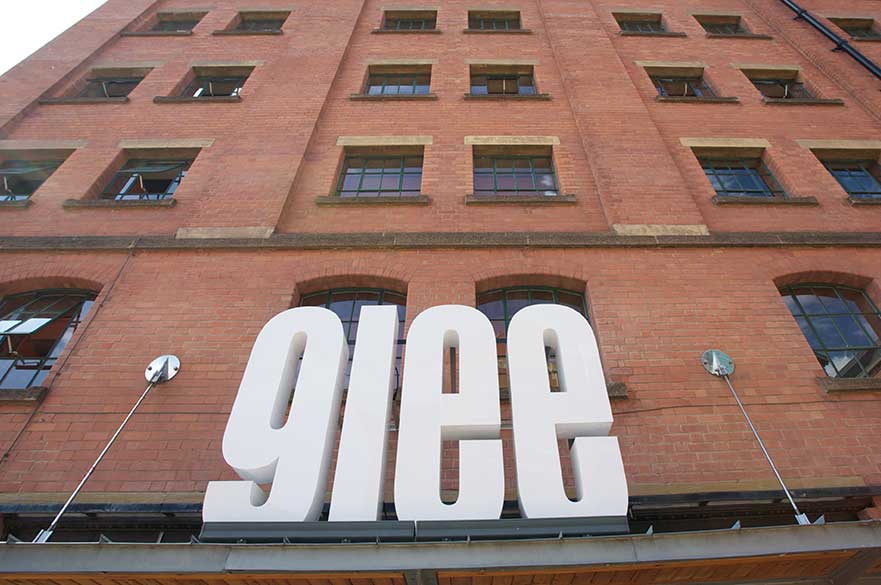 Have a laugh at the Glee Club

5. We know how to have a laugh

Nottingham is home to some really great comedy clubs – Glee Club and Just the Tonic attract big-name and up-and-coming comics. 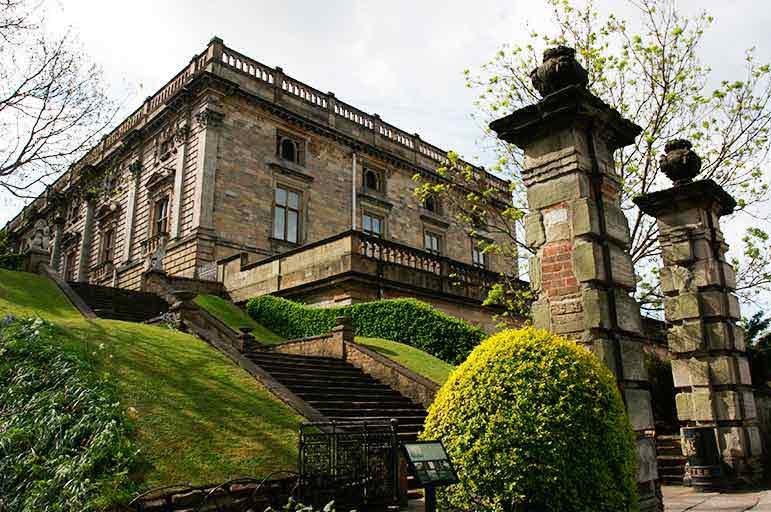 Climb up to the castle for great views over the city

If you like a spot of theatre, get your fix at the Theatre Royal or Nottingham Playhouse. Nottingham is also home to a number of exhibition spaces, such as Nottingham Contemporary – one of the UK's most exciting art galleries. If you're a bit of a history buff, explore the famous Nottingham Castle or take a trip to Wollaton Hall – the location used as Wayne Manor in The Dark Knight Rises.

Make sure you grab a copy of Nottingham's Left Lion magazine to keep up to date with gig and culture listings. 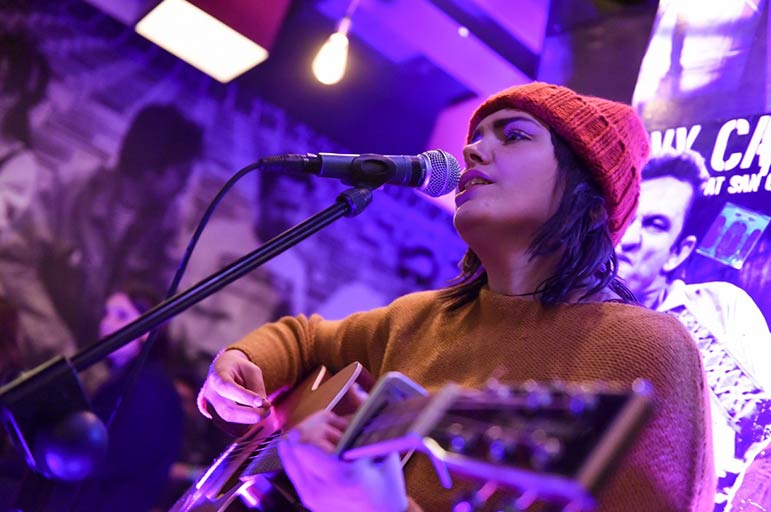 Whatever your music taste, find live venues in Nottingham

7. Music is our passion

Gig addict? With a 10,000-capacity arena, the famous Rock City, and a host of intimate venues, Nottingham is the beating heart of live music.

Stealth is the Midlands mecca for dance fans, and at the Rescue Rooms, you’ll find big artists, up-and-coming acts, and everyone in between.

Stick around for the summer, and you can take in the Download Festival at nearby Donington Park – a pilgrimage for punks and metalheads the world over. 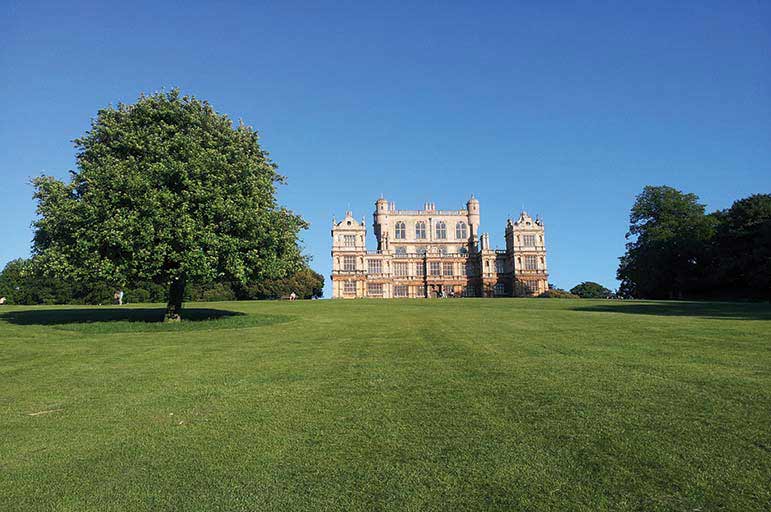 Relax at Wollaton Hall and Deer Park, just a bus ride from the city

Just a short drive or train ride away is some of the finest countryside in the world. Make sure you take a trip to the legendary Sherwood Forest, or blow away the cobwebs exploring the Peak District National Park.

When the sun shines, head out to some of the parks and green spaces around the city. In fact, our City Campus is right next to the Arboretum park, a great place to relax and unwind after a late night in the library. 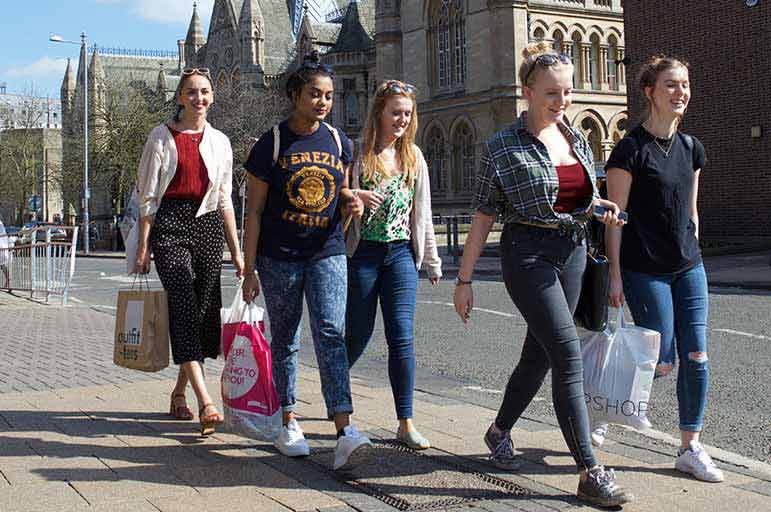 Nottingham is consistently ranked as one of the top shopping destinations in the UK. You'll find all the major high street names here, sitting alongside designer boutiques like Vivienne Westwood and Paul Smith.

There are two shopping centres in the city centre – Broadmarsh and the Victoria Centre – as well as streets of high street favourites around Old Market Square and Hockley. 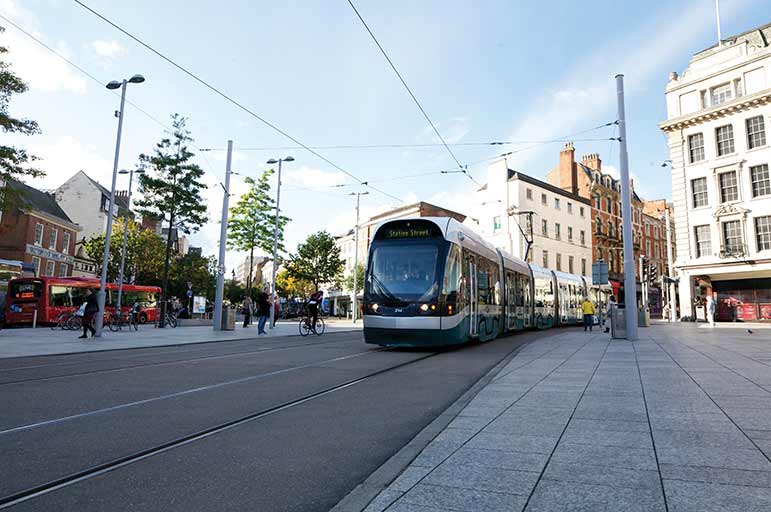 10. We know how to travel in style

The city centre boasts a handy tram system and an award-winning bus network to help you get from A to B. You'll also find a major train station and coach interchange, making travelling further afield easy.

We have four campuses in and around Nottingham and travel between them and Nottingham city centre is easy. A regular bus service serves both Clifton and Brackenhurst Campuses, with stops right in the heart of the city centre.

And if you're looking to travel further afield, East Midlands airport is just a short distance outside of the city, easily reached by the Skylink bus service.