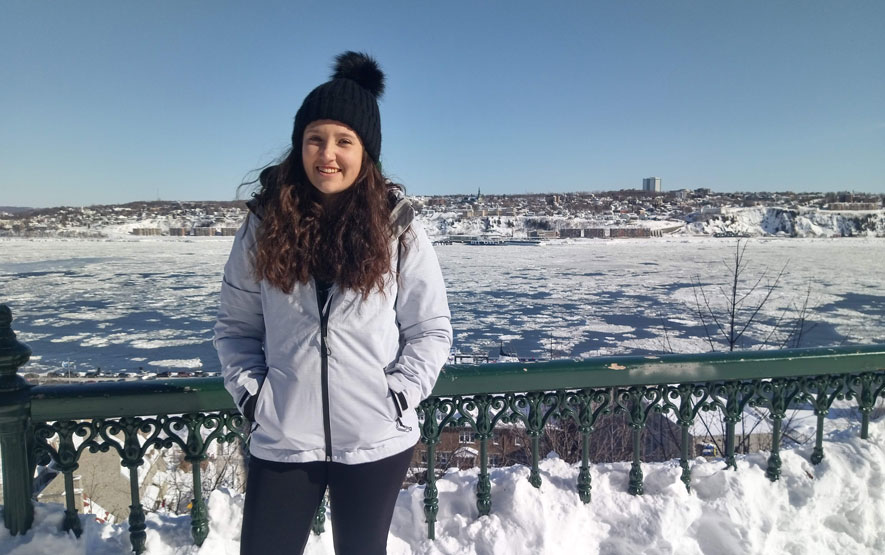 Throughout the course, you learn which areas are most interesting to you and which you want to carry on into your professional career.

“The reason I chose Nottingham Trent University specifically to study Geography was the wide variety of opportunities available throughout the course material: being able to pick modules you wish to study, the various fieldwork possibilities both at Brackenhurst and further afield in the likes of the Peak District, Spain and Tenerife among others. In terms of course content, the programme has been accredited by the Royal Geographical Society, which was one of the main influences that persuaded me to choose NTU.”

“Throughout the course, you learn which areas are most interesting to you and which you want to carry on into your professional career. For me, modules surrounding water, agriculture, resources and particularly GIS were very interesting and something I hope to continue.”

“Going into university, it was a tough choice between Accounting and Geography but the thought of being stuck in endless lectures on law and numbers, combined with my love of the outdoors made me chose Geography as a career path, and I am so glad I did. After attending several open days at numerous universities, NTU was the one that stood out the most and was therefore my first choice, following in the footsteps of my sister that also studied here.”

“Brackenhurst is a very magnificent campus for walks, fieldwork opportunities and study. I often use the library and study spaces including the student lounge and orangery which does fantastic iced coffees in the summer. It now has the new Lyth building with a full-sized lecture theatre and computer rooms which can be accessed remotely. The teams on Brackenhurst, particularly the employability team, regularly checked up on me while I was on placement and also the library team provide help on essay writing and referencing.”

“Within the first year studying Geography at NTU, we went on various fieldtrips including Gedling Country Park, Stanage Edge, Malham Tarn, Andalucía in Spain and many on-campus fieldwork experiences too. In second year, I undertook a study abroad exchange program in Peterborough, Canada, where I was based for the second half of the academic year (January to April). Travelling and studying in another country was a rewarding experience which pushed me out of my comfort zone on so many levels.”

“I’d like to go into GIS as an industry once I’ve graduated as a GIS analyst/technician, risk or hydraulic modeller or related job titles. Even though GIS is a specific industry, it can be used in all sectors including the fire service, agriculture, forestry, water companies, architecture and surveying, it is just which sector I get a job in and where I go from there.”