NTU helped propel my creativity to a level I never knew it could reach. I formed part of my identity as a fashion designer and a well-rounded creative whilst studying there.

What made you choose to study at NTU?
“I wanted to be in a place where I could grow as an individual, and learn how to reach my artistic potential.”

What did you enjoy most about your course?
“I enjoyed the drawing/illustration and design aspect the most. I already naturally gravitated to that side of fashion, so the more I practised, the better I became.” 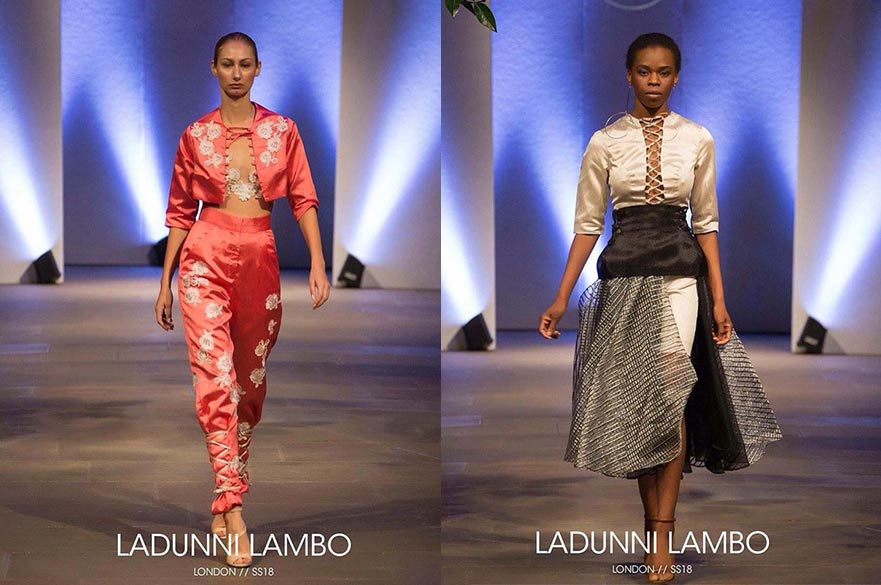 Did the course include any live projects or briefs that you really enjoyed?
“I enjoyed the illustration competition we did in our final year. Unfortunately, I didn’t win, but it opened up a style of illustrating I never knew I had. It also made me look at and analyse concepts differently, to achieve my utmost level of creativity.”

Did the course include any industry competitions that you really enjoyed?
“I enjoyed the business module that we did in our second year at NTU. It wasn’t very long but I learnt a lot at the time. It also helped that it was a group project since none of us had done something like that before; we all pulled whatever knowledge we had and made it a success. We got the opportunity to present our project to George by ASDA, and our designs reached the sampling stage, and were considered to be sold commercially.”

Did the course include any speakers industry?
“We had a very interesting visit from Christopher Raeburn, which was a big deal because of his prominence in the fashion industry. We got the chance to have one-to-one group talks with him, where he shared his experiences and advice. We also got the chance for him to judge our projects, and hear first-hand his opinion on our work, which was pretty special.”

What did you think about the course staff?
“The technicians were very hands on and such big help to all of us. Not only were they there professionally, they were also good shoulders to lean on when the pressures of the course got too much. As an international student, far from home and family, I was very appreciative of that level of support from them.” 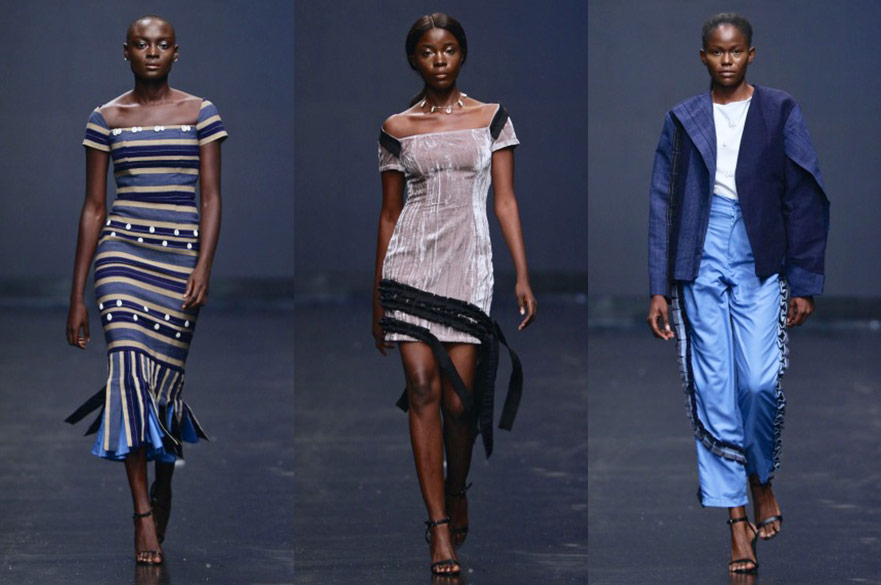 As an international student, what did you like about studying and living in Nottingham?
“Nottingham was very different to what I was used to. I have fond memories of my student life in Nottingham, and would be more than happy to do it all over again.”

Why would you recommend your course / NTU to someone looking to study BA (Hons) Fashion Design?
“I would recommend NTU because I feel that as a fashion student, it was refreshing to be away from standard fashion scenes. It made you really look inwards at yourself and perceive the sort of creative you want to be, and can be.”

How has your career developed since leaving NTU?
“My career developed slowly and steadily. I started off with a very hands on role as a creative director for a Nigeria-based label for two years and working in a management company for a year, before branching out to start my own business, which later turned into two businesses. I am still discovering a lot about the industry and I have made a lot of mistakes and accomplished a lot too, but that has thankfully spurred me on to be the designer I always knew I could be.”

What does your current job involve?
“I spend most of my days overseeing the production for both my labels. I have taken up many roles and responsibilities outside of my creative director position. It is a lot of work but it’s very rewarding.”

How did NTU help you get to where you are today?
“NTU helped propel my creativity to a level I never knew it could reach. I formed part of my identity as a fashion designer and a well-rounded creative whilst studying there.”

Were there any challenges along the way, and how did you overcome them?
“It was very difficult being confident in my own work, for probably all of my first year and a large part of my second year. I was always on edge, wondering if I was good enough. However, once I got into my third year, maturity and self-love kicked in, and I improved drastically, not only in my work but also in my confidence and identity as a designer.”

What are your goals for the future?
“My goal is to always do better than the previous year, and develop my identity as a creative professional. My hopes of being an international fashion designer are off to a great start.”

Read about Ladunni’s career pathway since graduating from NTU.