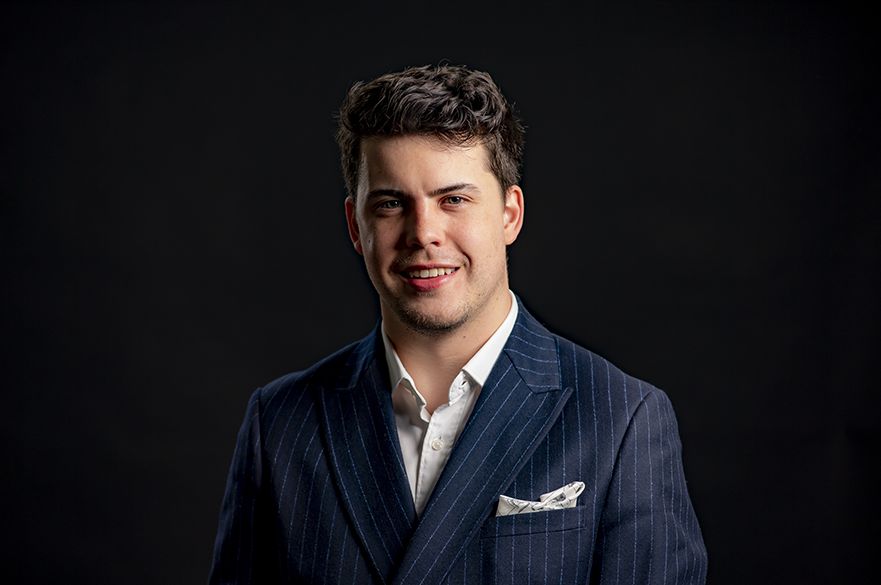 If the opportunities presented to you by the University are properly utilised, they have the potential to have a significant impact on your future prospects.

“When I visited [the campus] it just felt like the right place for me. Everyone I met was really welcoming.” The location of Nottingham Law School (NLS) was an important factor, with the nearby halls of residence having the library, NTSU, coffee shops, and city centre on its doorstep.

His decision to study at NTU was heavily influenced by the University’s emphasis on employability, going above and beyond to offer support and advice to students, especially when compared to other universities. “They definitely put a lot of time and effort during the course of your degree into making you as employable as possible,” Brad explained, “they guide and train you to qualify from your degree with a graduate role, or with the skills necessary to obtain a position shortly afterward.”

Brad’s parents emigrated to the UK from Zimbabwe when he was very young and he explains that his main motivation to study law was due to “coming from a country where the law is not respected, where rights are not acknowledged, or, oftentimes, simply overwritten” and greatly appreciating that the UK is a “country where the rule of law is upheld and its implementation and modification are able to be seriously challenged where necessary.” The intrigue of the law, and the challenges it presents, also contributed to his decision to study law over and above his favourite subject prior to university, Product Design, which remains a hobby that sometimes assists in the more creative moments of legal practice.

The support Brad received from his personal tutors and the employability team helped to shape his career direction, building on experience gained from the Legal Advice Centre, NLS's in-house teaching law firm. As many of the teaching staff are qualified legal professionals, having the opportunity to talk to them directly was invaluable and if he was given the chance to go back in time, he would have asked them more questions about practice!

During his third year at NLS, on the LLB (Hons) Law for Financial Services pathway, Brad completed a full-time internship, gaining experience at one of the largest insurance companies in the world (Allianz UK), and simultaneously studied full-time at distance. Working and studying full-time was an incredibly tough period, but he believes that he wouldn’t have achieved a first-class degree had he not challenged himself in this way, nor would he have acquired a year of invaluable industry knowledge and experience. Due to his efforts, he was awarded the Trent Law Prize for best overall academic performance of the graduating year!

Brad attributes his career development so far to his persistence and strong determination. He also believes that the opportunities available at NLS, those that he sought out and applied for, have played a beneficial role in his career development. Most notably, his decision to apply for the LLB (Hons) Law for Financial Services pathway, which enhanced his application for a paralegal role at Eversheds Sutherland, and which, in turn, provided the opportunity to succeed in obtaining his training contract. Brad explains, “If the opportunities presented to you by the University are properly utilised, they have the potential to have a significant impact on your future prospects.”

Securing his training contract with Eversheds Sutherland, being a global multi-service firm and well respected for its training, was a highlight whilst studying the LLM LPC at NLS. Brad has found adjusting to practice in a law firm a gradual learning process as there are numerous things to consider which are not taught at undergraduate or postgraduate level, for example, the need to adjust tone, and approach, to best suit each client's individual needs, the nuances of communicating difficult messages, and, more practical considerations such as business development and commercially minded advice.

If Brad had a time machine, he would go back and tell himself to “Be true to yourself and be more confident,” he says, “I wish I had done both of those much sooner.”