Scientists and clinicians have developed a simple blood test which can confirm the presence or absence of prostate cancer and remove the need for unnecessary invasive and painful biopsies. 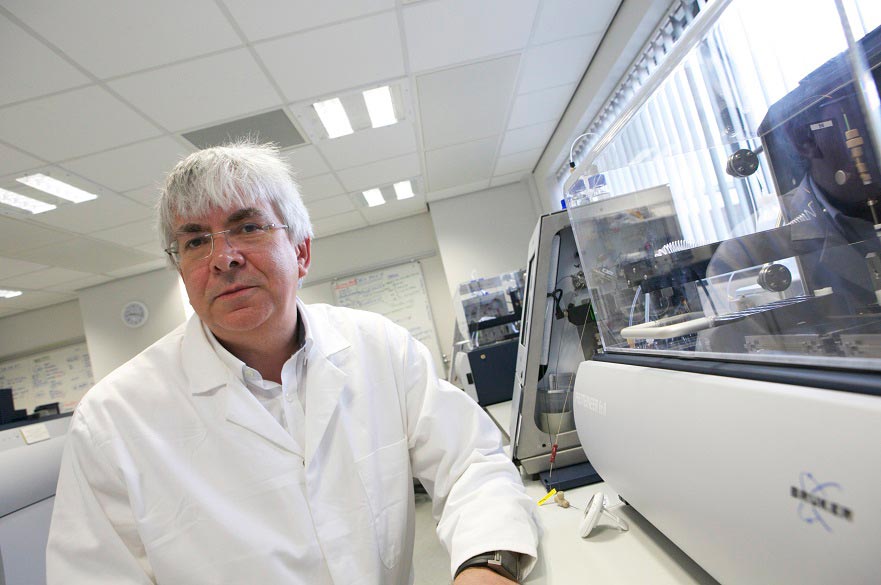 It is thought that the test, developed as part of a study involving Nottingham Trent University and University Hospitals Leicester NHS Trust, could help to avoid up to 70% of prostate biopsies.

The test works by monitoring the immune system’s response to the presence of cancer.

As well as being able to discount cancer altogether, it has the potential to spare men with no cancer, or low-risk cancer, from having to undergo biopsies and other diagnostic procedures and tests.

This would also mean significant savings for the health service.

This presents challenges, however, as PSA levels can change for a variety of reasons other than cancer. Readings vary from man-to-man and levels increase as men get older.

Elevated levels of the antigen do not necessarily mean that the man has prostate cancer and a ‘normal’ level does not exclude its presence.

PSA is measured in nanograms per millilitre of blood (ng/mL), and current government guidelines recommend that if a man is aged 50-69 and has a PSA of 3ng/mL or more, the doctor should consider referral to a specialist for more investigations.

From here, the only way to confirm the presence or absence of cancer is to undergo invasive tests such as a tissue biopsy.

The new test would be used following a PSA test and would help the clinician decide whether a man with no symptoms, but an elevated PSA level up to 20ng/mL, should undergo further tests.

The procedure involves determining the profile and status of white cells in the blood. These cells are responsible for protecting the body against infection and cancer. The presence or absence of cancer can then be determined by analysing the data using a computational approach developed by the research team.

Prostate cancer is the most common cancer in men in the UK, with more than 40,000 new cases diagnosed every year in the UK alone.

The researchers say that, as well as avoiding needless biopsies, it is essential that men with low-risk prostate abnormalities are not diagnosed as having prostate cancer.

Often those with low-grade disease, who may never have symptoms and do not require active treatment, become ‘labelled’ as having cancer. This can have adverse psychological and financial consequences and assign these men to unnecessary life-long surveillance.

In addition to this, transrectal prostate biopsies are associated with a five percent risk of urosepsis, which is not only life threatening but a significant financial burden to the NHS.

“Although the PSA blood test is commonly used to test for the presence of prostate cancer, it can be relatively non-specific,” said Professor Graham Pockley, Director of Nottingham Trent University’s John van Geest Cancer Research Centre.

He said: “A particular challenge to the clinician is diagnosing the presence of prostate cancer in individuals who do not have symptoms of the disease, but do have a mildly elevated level of PSA in the blood. This study highlights the value of collaborations such as these.”

The research team is now looking for funding for the next stage of the project, which would involve confirming these results in a larger number of patients and determining whether the same approach can be used to distinguish aggressive from non-aggressive disease.

The work is reported in the international journal Frontiers in Immunology.