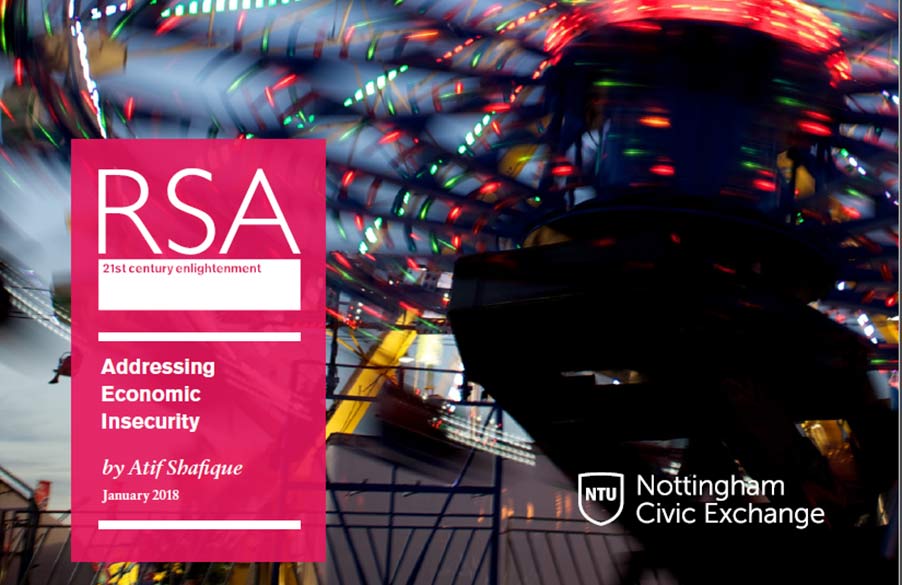 The report, launched in Nottingham by the RSA today (Jan 12), is part of the Out of the Ordinary partnership programme between Nottingham Civic Exchange, based at Nottingham Trent University, and the RSA.

The programme has a focus on Nottingham and Nottinghamshire with a broader objective to influence policy at a national level.

In its report the RSA argues that economic insecurity – harmful volatility in people’s economic circumstances – has not been properly looked at and as such policymakers have frequently misdiagnosed problems and consequently provided inadequate solutions.

Report author Atif Shafique, Senior Researcher at the RSA, said: “Having a job is no longer a guarantor of economic security: more than 7 million people in working households live in poverty, wage growth lagged behind inflation for most of the last decade, and close to 8 million people in the UK live with problem debt.

“Ten years after the crash, and we need a step-change. Community, place, identity and personal responsibility all have an important role to play.

"But to help ordinary working families take ownership of their lives, local and national policy-makers must reshape policy around economic security too: we must be more strategic in when we intervene, preventing problems before they happen, and more expansive in who they help, as automation and other challenges affect people across the income spectrum."

RSA Chief Executive Matthew Taylor will chair a panel at Nottingham Conference Centre this morning which will look at the detail of the report and in particular the three long-term and three short-term recommendations it sets out.

These recommendations would reshape the way national and local governments and other agencies view and approach policy setting – particularly around issues affecting ordinary working families.

As policymakers increasingly discuss Ordinary Working Families it is important they understand the way that economic insecurity impacts their lives and that the subjective element of how people feel is important in this.

Using three key policy areas as examples – health, housing and welfare, and labour markets – the RSA’s report demonstrates how issues could be viewed through an ‘economic insecurity lens’ to better inform actions and urges policymakers to do so as a matter of urgency.

It draws upon and reinforces the findings of initial work by Nottingham Civic Exchange (NCE) into Ordinary Working Families which was released last June.

Dr Paula Black, Director of NCE at Nottingham Trent University, said: “We noticed through our work looking at how Ordinary Working Families felt about their financial situation as well as the economic reality, that economic insecurity was a common theme and warranted further exploration.”

NCE’s report highlighted economic insecurity is a key feature of such households. It also found that how people felt about their financial situation differed from the objective measures commonly used.

Dr Black added: “As policymakers increasingly discuss Ordinary Working Families it is important they understand the way that economic insecurity impacts their lives and that the subjective element of how people feel is important in this. We are delighted to be working with the RSA on this programme of work and to be feeding the experiences of Nottinghamshire people and the profile of the area into such influential work.”

I hope to highlight the realities of economic insecurity as a single parent and the fact that insecurity is increasingly affecting people on middle incomes and it is becoming harder for each generation. 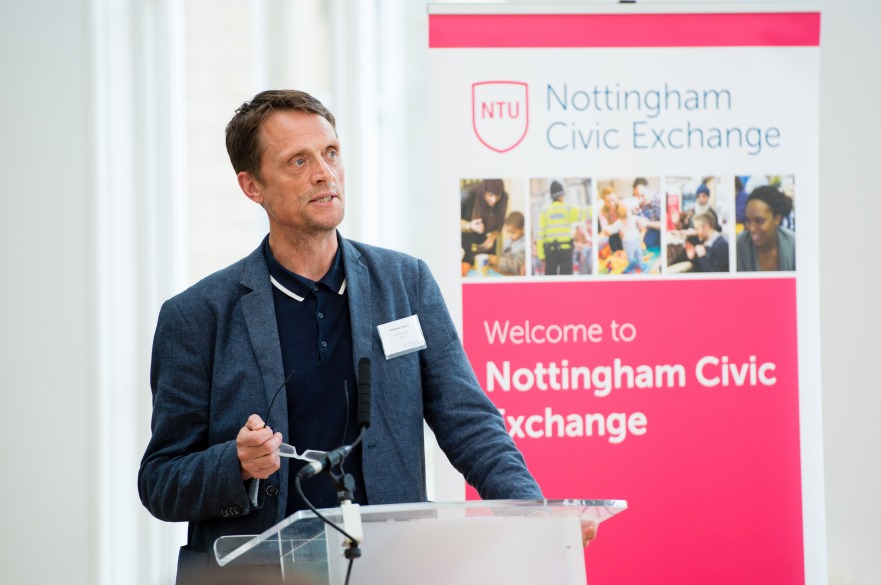 The RSA defines economic insecurity as “harmful volatility in people’s economic circumstances. This includes their exposure to objective and perceived risks to their economic well-being, and their capacity to prepare for, respond to and recover from shocks or adverse events.”

This captures the subjective, felt experience of the economy, because it relates to expectations and anxieties about the future. Today’s national report by the RSA supports NCE’s regional research with a further survey of more than 2,000 adults across the country. The survey found that:

The RSA’s work also analysed government policies from 1997 to present which have been targeted at people and households on low and middle incomes, including policies relevant to those ‘just about managing’.  A number of themes emerged including the positive impact of the introduction of the minimum wage (and later national living wage), limited impact of skills and programmes designed to get people back into work. It also highlighted significant inter-generational differences in insecurity affecting people who are ‘just about managing’ – with young people worse off than those who have benefitted from pension guarantees, free travel and winter fuel allowances.

The report also criticises ‘low road strategies’ taken by firms who are pursuing short term, cost-minimising strategies which often neglect to invest in up-skilling their workforce, holding back productivity growth and, in low-wage sectors, sustaining a high demand for poor quality jobs. This approach to growth is being facilitated by labour market flexibility and insecurity.

As a result of the research, the RSA will make three long-term and three short-term recommendations at today’s launch at Nottingham Conference Centre.

The report was discussed this morning by a panel chaired by Matthew Taylor and Polly Tyler – a mature student at Nottingham Trent University and single parent.

Polly said: “I hope to highlight the realities of economic insecurity as a single parent and the fact that insecurity is increasingly affecting people on middle incomes and it is becoming harder for each generation.”