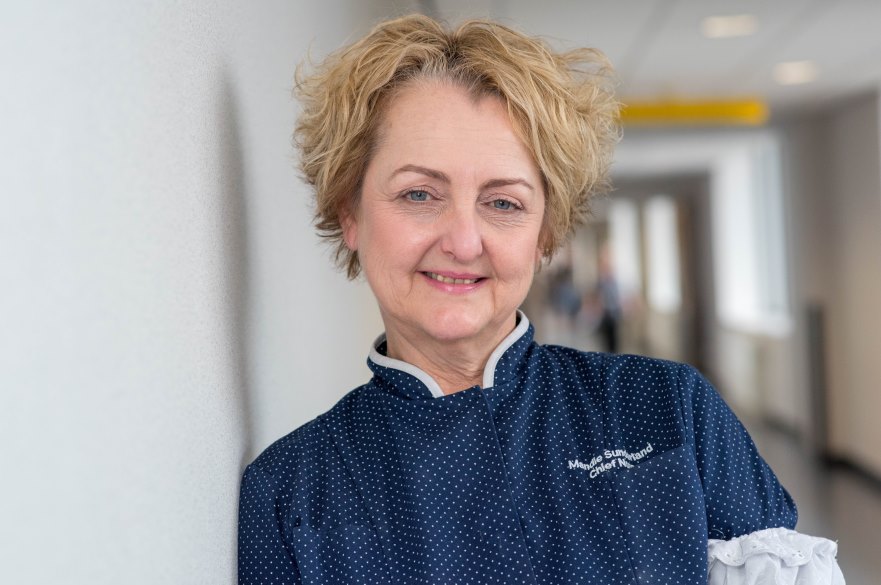 Mandie has been Chief Nurse at NUH since 2015, having previously held Executive Director positions at five other acute Trusts in the West Midlands and North West of England.

Professor Yvonne Barnett, Senior Pro Vice-Chancellor (Research) said: “Here at Nottingham Trent University the title of Honorary Professor is bestowed upon individuals who have made leading contributions to their profession. Mandie certainly fulfils this criterion.”

As an Honorary Professor, Mandie will continue to work with the university, collaborating on innovative teaching and research in the School of Social Sciences and School of Science and Technology.

She said: “I am extremely proud to be appointed an Honorary Professor at Nottingham Trent University and am looking forward to working closely with the team there to realise our ambition to become a Centre of International Excellence for Nursing and Midwifery Care.”

Mandie developed a keen interest in education and training while working as an intensive care nurse. This led to her achieving a Post Graduate Diploma and securing roles in both clinical and practise development.

“These efforts are designed to ensure the attraction of talent, development and retention within the nursing profession. The recent establishment of the Institute for Nursing and Midwifery Care Excellence at NUH is a testament to Mandie’s innovative approach and outstanding leadership.”

The Institute for Nursing and Midwifery Care Excellence brings together NUH’s training, education, professional development and research programmes for nurses and midwives.  Read more about nursing and midwifery at NUH here.