A new form of magnetic levitation has been discovered by scientists – using a simple tool found in laboratories worldwide. 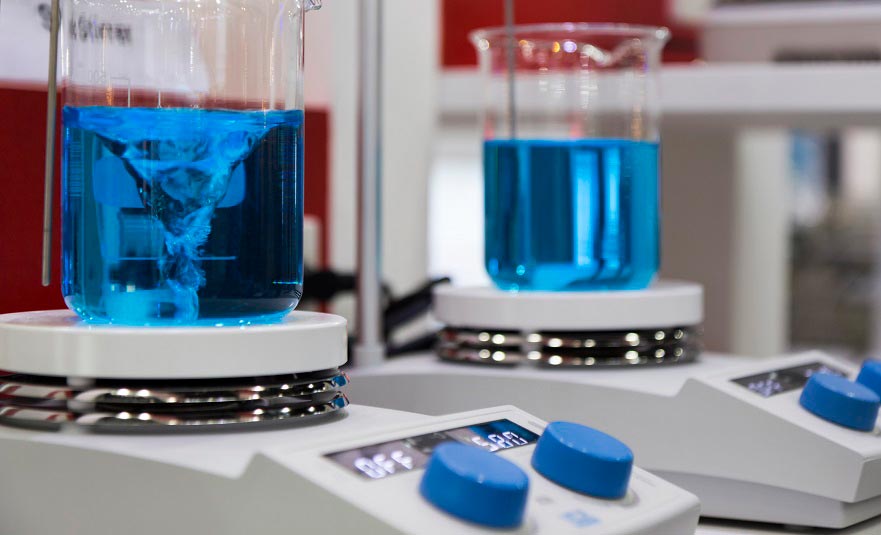 Magnetic stirrers, which are found in laboratories worldwide

A team from Nottingham Trent University, the Max Planck Institute for Dynamics and Self-Organization and the University of Nottingham focused their work on the magnetic stirrer.

Such stirrers use a magnetic field to cause a bar to spin very quickly, stirring the liquid in which it is immersed.

Since its invention in 1942, it has been known that if a magnetic stirrer is driven too quickly, the stirring bar magnet will hop erratically on the base of the container – which is how it earned its nickname ‘the flea’.

The research team, writing in Physical Review Letters, found that if the viscosity of the liquid was high enough, the flea instead jumps up and levitates within the liquid.

When analysing the motion of the levitating flea, they found that it waggled back-and-forth, pumping fluid out to the sides and stabilising its position. Interestingly, if the viscosity was reduced, the fluid was pumped in the opposite direction and the flea fell.

Dr Dave Fairhurst, of Nottingham Trent University’s School of Science and Technology, said: “The idea of levitation has inspired technology and works of fiction for years in the form of Maglev trains, hover boards and flying broomsticks. Most real-world applications, however, require either highly-specialised equipment, or sub-zero temperatures.

“Here, we have been able to present a new form of magnetic levitation. Our discovery could motivate the design of bi-directional pumps, improve our understanding of effective swimming methods and provide a new levitation route for container-less storage or friction-less transport. However, it’s unlikely to make flying broomsticks a reality.”