New ‘plastics treaty’ needed to clean up our oceans

The development of a ‘plastics treaty’ which bans oil-based plastics is needed to clean up our oceans, according to environmental law experts. 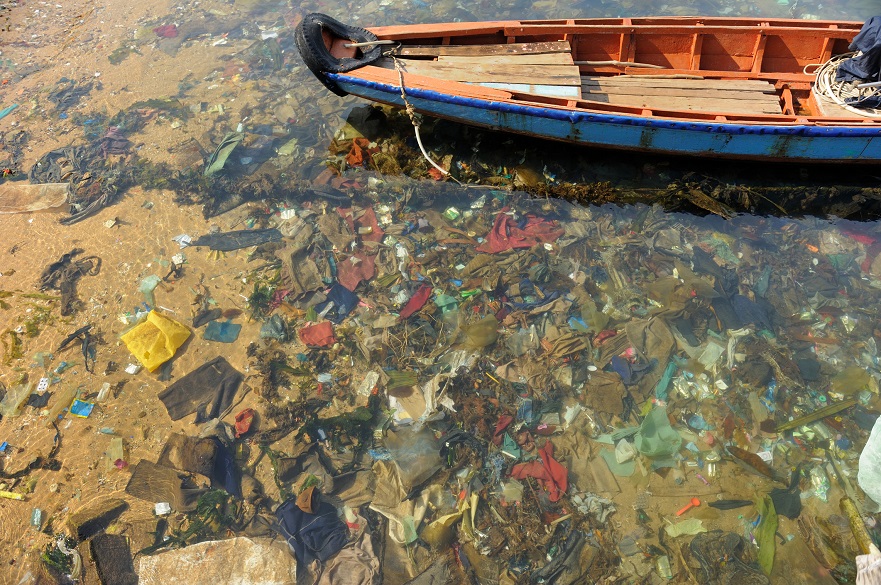 Professor Elizabeth Kirk, director of the Centre for Marine Ecological Resilience and Geological Resources (MERGeR) at Nottingham Law School, and Dr Naporn Popattanachai, director of the Centre for Natural Resources and Environmental Law at Faculty of Law, Thammasat University, have analysed why current national and international law has failed to prevent the abundance of rubbish in the oceans from land-based sources.

From plastic bags, to toothbrushes and plastic nurdles, plastic enters the oceans through, for example, discharges or dumping in rivers, from waste dumped on land blowing into watercourses, and from landfill sites which have been built too close to the coastline and are damaged by storms.

Elizabeth Kirk, Professor of Environment Law, said: “That this is happening may seem odd given that the United Nations Convention on the Law of the Sea requires States to adopt laws and procedures to manage marine pollution from land-based activities. However, only some States have adopted national legislation to tackle this problem. Kenya, for example, has banned the production, import, export and use of single use plastic bags. Other countries have adopted less stringent measures, such as the UK’s levy on the use of single use plastic bags.

“This raises the question of why more is not being done at the State level and what exactly international law requires of States in relation to marine plastics pollution from land-based pollution.”

In the paper Marine plastics: Fragmentation, effectiveness and legitimacy in international lawmaking,Professor Kirk and Dr Popattanachai argue that the current legal developments on the regulation of marine plastic pollution are too patchy and subject to different standards of behaviour.

Professor Kirk added: “Improved recycling is frequently touted as the solution but there are a number of issues with this. The increase in recycling that would be necessary to tackle this problem is significant and would have to be accompanied by effective public education campaigns, but such efforts are unlikely to yield much success unless alternative materials to plastic are available and effective waste disposal and recycling systems are in place.

“The risk of natural disasters damaging costal-based recycling facilities and landfill sites, and floods or tsunamis washing the plastics into the ocean, coupled with the significant developments needed in facilities and public participation, points to recycling being unable to really address the plastics problem.”

The researchers are now recommending a new international treaty to support alternative technologies, which focuses not just on plastics linked to marine pollution from land‐based activities, but also plastics more generally. The proposed ‘plastics treaty’ would include:

Dr Popattanachai concluded: “Given the potential problems of continuing to build on existing regulatory responses to plastics pollution, we propose the adoption of a plastics treaty and argue that its effectiveness would likely be greater than that of a fragmented governance system containing variations in standards.

“We are arguing that the primary objective for the treaty should be a ban on oil‐based plastics. We recognise that focusing on a ban on plastics rather than, for example, deposit return schemes or other schemes designed to increase recycling, may be seen as radical or unnecessary. Our argument is, however, that such a treaty is both necessary to combat the rapidly growing plastics problem and more likely to be effective than the alternatives.”

Marine plastics: Fragmentation, effectiveness and legitimacy in international lawmaking has been published in the Review of European, Comparative & International Environmental Law. Read the full paper online.

New ‘plastics treaty’ needed to clean up our oceans