A revolutionary method using MRI to diagnose a chronic digestive disorder has been developed by researchers at Nottingham Trent University. 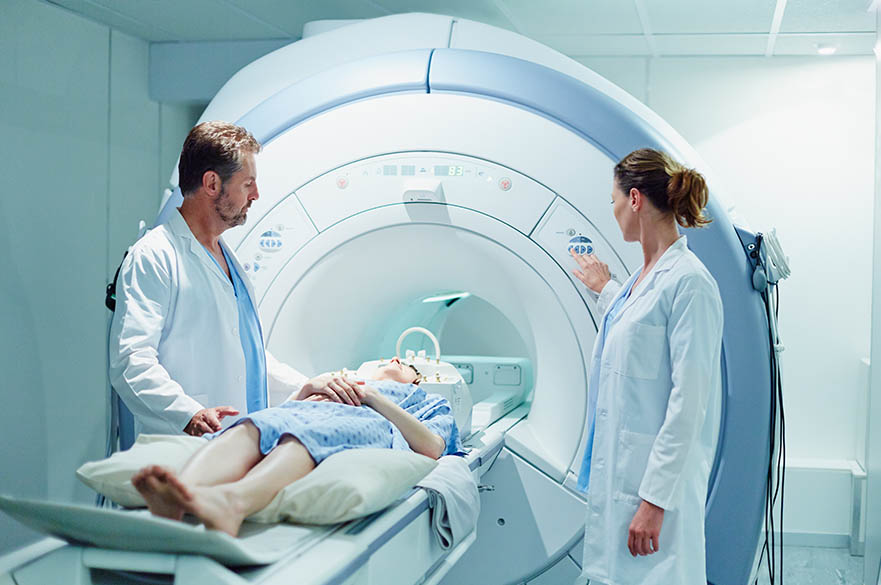 A revolutionary method using MRI to diagnose a chronic digestive disorder has been developed by researchers at Nottingham Trent University.

The research focuses on functional dyspepsia, a form of indigestion which affects up to 40% of people annually causing stomach pain, nausea, bloating and belching.

The pioneering approach involves the patient eating a meal containing microbubbles in order to measure the pressure exerted by the stomach with MRI. Currently, sufferers of this disease are often sent for an invasive endoscopy procedure, using a resource that could be looking for cancer.

The study found that pressure could be measured in MRI scanners using microbubbles which are consumed by the patient in a form of a meal similar to bubble tea.

The research has been led by Martin Bencsik, associate professor in physics at Nottingham Trent University, whose research involves looking at innovative ways to measure pressure by means of using an MRI scanner.

It is hoped that this is the first step towards developing a way to use MRI scans to show pressure in other areas of the body- something that would be particularly useful in the treatment of conditions such as stroke.

“MRI is one of the most versatile imaging techniques with an astounding range of capabilities,” said Dr Bencsik, who is based in Nottingham Trent University’s School of Science and Technology.

He said: “We are thrilled at the prospect of enhancing MRI with yet one more new strength and are excited to see where else this research could lead.

“Our technique is the first ever to offer the possibility of assessing the pressure that the patients’ stomach exerts on the ingested meal in a totally non-invasive way.”

The research, published in the journal Magnetic Resonance in Medicine, also involved the University of Nottingham and City, University of London.