Uncovered in an urban settlement in Dzhankent, Kazakhstan, the analysis of the ancient animal skeleton shows this to be the first domesticated cat (Felis catus) found in the region. 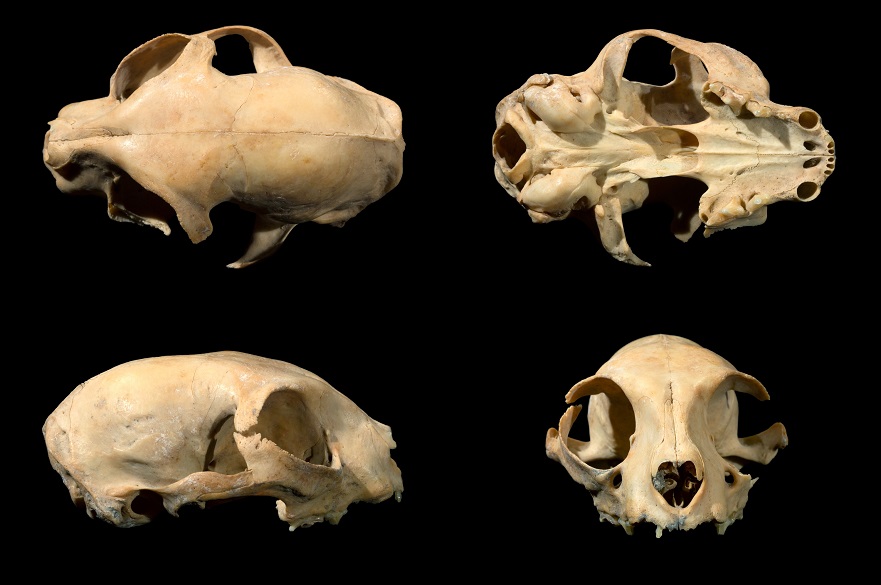 The team carried out a multi-disciplinary analysis on the skeleton (Image: Carl Vivian, University of Leicester)

The discovery, published in Scientific Reports, provides evidence for a fundamental shift in the nature of human-animal relationships during a period of rapid urbanisation in the region, emphasising the important link between pet-keeping and urbanism.

Nottingham Trent University scientist Dr Axel Barlow was part of an international team which carried out a multi-disciplinary analysis on the well-preserved skeleton of the cat, which dates back to 775–940 cal CE, from Dzhankent, Kazakhstan. The area is located on an intersection of the famous Silk Road route. In the steppe of Central Asia, domestic cats are not widespread until the 18th and 19th centuries.

Dr Barlow’s role involved contributing to analysis of ancient DNA data from the cat, which helped to confirm it was a very early domesticated cat.

He said: “The field of ancient DNA has traditionally relied on data from mitochondrial DNA, which represents just a tiny piece of an individual's total DNA. In cats, however, mitochondrial DNA is totally mixed up due to frequent cross-breeding.

“We therefore had to look into the nuclear genome for answers. Using painstaking bioinformatic analysis, we were able to identify more than 700 million informative pieces of DNA code which confirmed that the Dzanket cat was indeed a very early domesticated cat.”

The research was led by Dr Ashleigh Haruda of Martin Luther University Halle-Wittenberg and also involved academics at the Korkyt Ata Kyzylorda State University in Kazakhstan and the University of Leicester.

Dr Haruda, a postdoctoral researcher at Martin Luther University Halle-Wittenberg, said: “This study is not just highlighting evidence of earliest cat in Kazakhstan, but also revealing the most valuable of archaeological data – evidence of human behaviour. All of the scientific approaches we have undertaken all contribute to forming a convincing picture of care and kindness in the medieval past.

“It is not often that we can show how people thought and acted in the past with such clarity. In this case, we were able to use archaeological science to tell the story of an animal, and through this animal, the story of a changing globally connected world.”

The earliest historical mention of domestic cats originates from medieval Persia and dates to the sixth century CE, where it was specifically noted that women kept cats as pets, dying their fur, adorning them with jewellery, and letting them sleep in their beds. In contrast, Zoroastrians from the same region held cats in contempt, associating them with the dark magic of the jinn and condemning the pungent odour of their urine.

Felines were most frequently found in archaeological contexts in this region as artistic ornaments, featuring prominently in the iconography of animal style art, in particular, motifs of predatory felines found in the region such as lions, snow leopards and the Eurasian lynx.

The cat skeleton is incomplete, but a complete skull and left and right mandible, as well as a left scapula and humerus, right humerus, ulna and radius, left pelvis, right femur, left tibia, and four vertebrae were recovered. Radiocarbon dating of the cat femur produced a 95% calibrated date range of 775–940 CE.

Burials of domestic cats are relatively rare in the archaeological record, especially compared their canine counterparts.

Richard Thomas, Professor of Archaeology at the University of Leicester, said: “The bones of animals are recovered routinely from archaeological sites. As this study shows, they have the potential to transform our understanding of the importance of animals within past societies, revealing the close connections we have had with them. Close examination of a skeleton, combined with a suite of biochemical methods by an interdisciplinary, international team, has revealed the earliest evidence for first domestic cat in Kazakhstan.

“This tom-cat lived into adulthood, was well fed (with a diet that may have contributed to dental complications) and was cared for following bone fractures in the front and back legs, perhaps after a fall. Recovered from a city along the Silk Road, this discovery marks an important change in human-animal relations in the steppe, emphasising the important link between pet-keeping and urbanism”

Professor Turi King, Reader in Genetics and Archaeology at the University of Leicester, said: “This is an exciting discovery of the very first domesticated cat in Kazakhstan and also provides the first whole genome of an ancient domesticated cat. We used a number of different analysis methods to determine if this cat was indeed somebody’s pet. This involved an examination of the bones using techniques such as stable isotope analysis to look at diet and DNA analysis to see if it was genetically similar to known domesticated cat species. The evidence points to this cat being a pet. He was well-fed and cared for after sustaining injuries. The genetic analysis also showed this cat to be a ‘tom’.”