Nottingham Trent University is celebrating once again after being named University of the Year at the UK Social Mobility Awards. 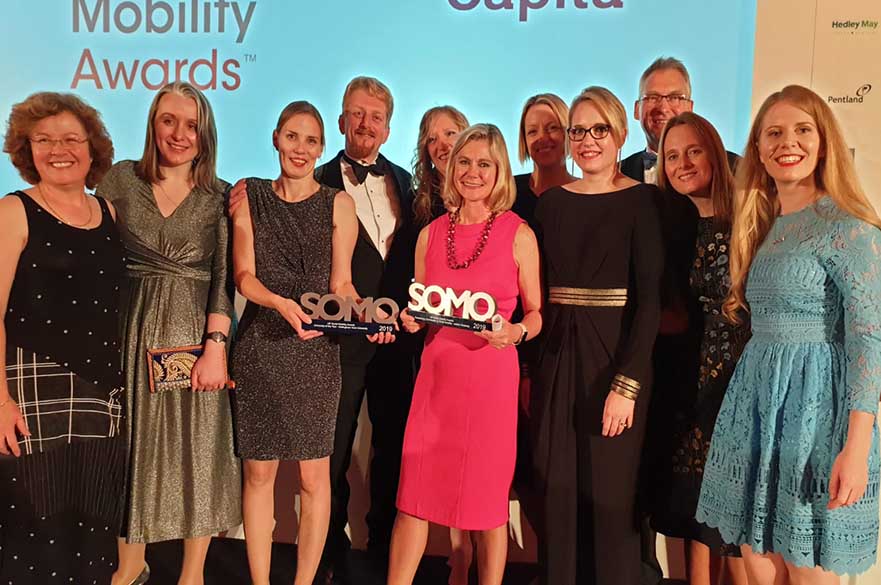 Nottingham Trent University is celebrating once again after being named University of the Year at the UK Social Mobility Awards.

The news was announced last night (Oct 10) at the annual awards evening, which is dedicated to recognising the achievements of organisations and individuals in promoting social mobility.

The Awards aim to recognise the organisations embedding social mobility as a core business strategy, both within their own workforces and by influencing debate in this area.

NTU is passionate about creating opportunities. Its extensive outreach, retention and progression programme is designed to enable the university to be a vehicle for social mobility.

The university is among the UK’s top five recruiters of students from disadvantaged backgrounds and is committed to helping all students achieve their potential, regardless of background.

It was also the first university to sign Justine Greening MP’s Social Mobility Pledge – sending a signal that social mobility is not just the responsibility of businesses but also educators.

Earlier this year, the university was chosen to co-lead a national centre to research and develop best practices for social mobility in universities.

NTU’s reputation for a strong data-led approach to social mobility also contributed to NTU being named the Guardian’s University of the Year 2019.

The university’s outreach work includes facilitating more than 700 activities each year, placing around 300 NTU undergraduates in local schools, working with 30,000 pupils and matching 1,000 volunteers to a range of community projects.

Once enrolled at NTU, the University knows that attendance is a key indicator of student engagement and high engagement is strongly associated with better performance.

Its innovative and award-winning Student Dashboard highlights students’ engagement in their studies, based on factors such as attendance at seminars and personal tutor appointments and access to learning facilities such as the library.

When an issue is flagged, the student’s tutor can then meet the student to look at any areas which may be affecting that engagement. These data mean that the university knows that for all students – but widening participation students in particular – the first months at university are critical to ensuring they stay to complete their degree.

NTU’s own research also shows that undertaking a sandwich year in industry levels the playing field in terms of graduate outcomes between students from a widening participation background and those not. It has led the University to change its curriculum so that every student now undertakes a meaningful work placement during their time at university.

SCALE-UP, used extensively across NTU, is a pioneering initiative which flips the traditional teaching model and encourages students and lecturers to work more collaboratively in a roundtable environment. This changes the dynamic of lectures and helps everyone feel more relaxed, empowered and engaged.

This initiative has successfully reduced the attainment gap in underrepresented groups, and improved non-continuation rates across all groupings - so that all students now have a greater chance of obtaining a ‘good’ degree.

Nottingham Trent University Vice-Chancellor, Professor Edward Peck, said: “I am very pleased that we are being acknowledged by commentators on and observers of higher education as being the UK university that does the most to support young people from any background to transform their life chances through the power of education.”

Tunde Banjoko OBE, Founder of The UK Social Mobility Awards, said: “I’d like to congratulate Nottingham Trent University for winning the ‘University of the Year’ category, they are doing outstanding work in this area and I am pleased that this was recognised by the judges.”