Cyclists are right to wear face masks to protect against pollution and bus passengers and pedestrians should consider them too, new research by Nottingham Trent University shows. 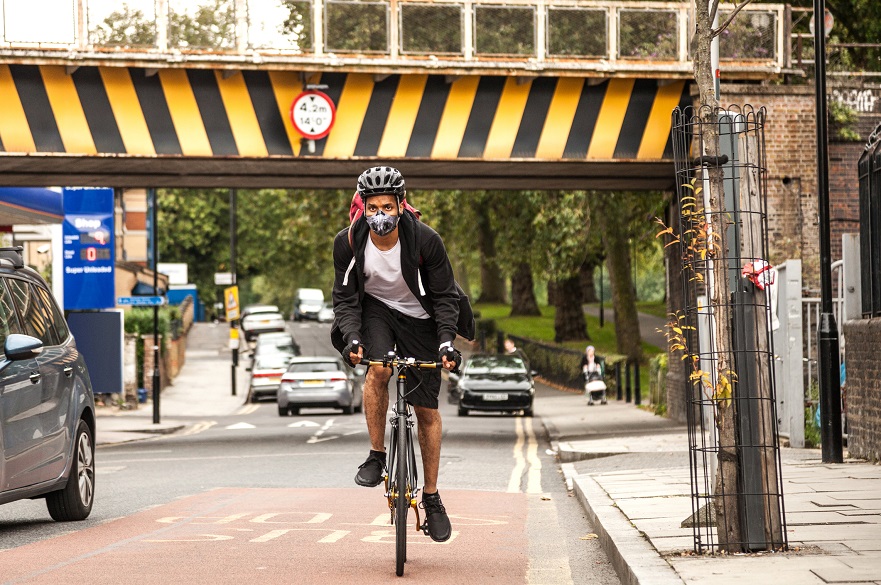 A study led by Professor Amin Al-Habaibeh found that cyclists, pedestrians and bus passengers are the most exposed to air pollution out of commuters on busy roads, followed by motorists and then tram users.

The findings do not apply to cyclists and walkers who use routes that are away from traffic and who experience low levels of pollution, say the researchers.

“Face masks are now widely accepted following their introduction during the Covid-19 pandemic,” said Professor Al-Habaibeh, of the School of Architecture, Design and the Built Environment.

“So there’s a real opportunity for more cyclists and other commuters to start using masks that are designed to protect against pollution on busy roads.

“Inhaling fumes from diesel or petrol engines can lead to cardiovascular and respiratory diseases. So it’s important that commuters do what they can to avoid them.

“Cycling and walking are still healthy ways to get to work, of course, but people should consider staying away from traffic and using cycle paths if possible.

“But if they can’t avoid roads which are heavy with traffic, they should consider using a face mask to help mitigate any exposure to pollution.

“Masks which protect against pollution are different to common COVID-19 masks and are easy to breathe in when exercising.”

The research – which was conducted during a three-month period in Nottingham as a case study prior to the Covid-19 pandemic – involved more than 4,000 samples of air taken on commuter routes.

The tests analysed the air for levels of two different sizes of pollution particles; particulate matter (PM) 10 and 2.5. These size particles are typical for petrol and diesel vehicle emissions. 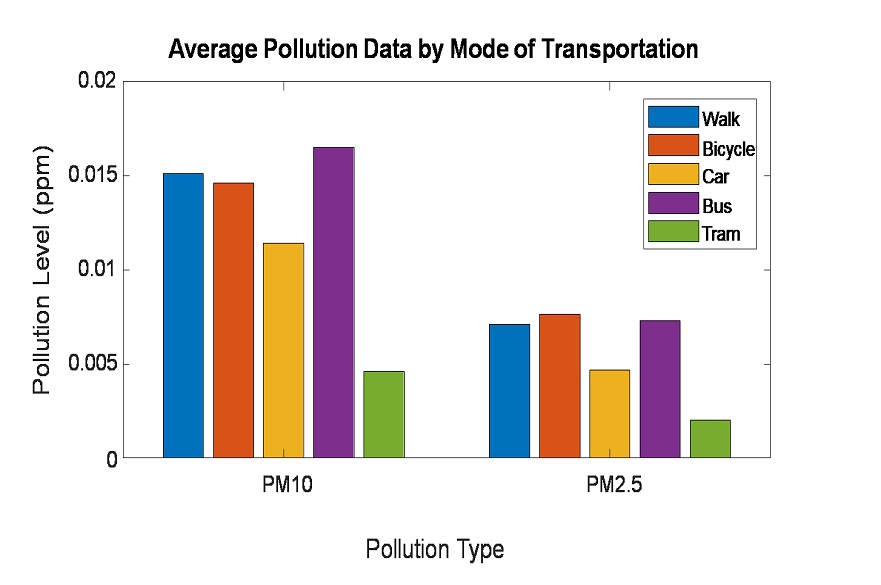 The research conducted involved more than 4,000 samples of air taken on commuter routes

For PM2.5 particulates, cyclists experienced the highest average of 0.0076 parts per million (ppm) pollution level compared to 0.007 ppm for pedestrians and 0.00725 ppm for bus passengers. For car drivers the pollution level was 0.0047 ppm and for tram passengers it was 0.002 ppm.

The researchers say that cyclists are mainly exposed when on roads which are busy with traffic, and not quieter country roads, for instance, which are uncommonly used by motor vehicles.

The higher level of exposure to PM10 particles for bus passengers could be explained by a bus’s own fumes entering the vehicle via an open window, say the researchers.

For tram passengers, the low exposure levels they experience could be down to the tram being electrified, taking routes away from ordinary traffic and having no openable windows.

Professor Al-Habaibeh said: “It’s a commonly held perception that cycling or walking is the best method of transport for your health - and this is true in areas with low levels of pollution.

“But it’s concerning that – according to this study – the highest level of PM2.5 is seen when cycling. When combined with the additional aerobic exercise of cycling, which requires deeper breathing, this exposure to pollution could pose long-term health issues with particulates entering the lungs.

“So it’s important for cyclists, if they don’t already, to consider using face masks when in areas which are busy with traffic. The same can be said for pedestrians too, and regular bus passengers, until combustion engines become a thing of the past.

“The face masks which protect against particulates matter pollution are easier to breathe in than many of those currently used to protect against viruses during the Covid-19 pandemic.

“So now that face masks are more accepted culturally in the UK, there’s no reason why cyclists, pedestrians and bus passengers can’t use them more on in the future to help protect their health from harmful pollutants.

“Most of the readings for Nottingham were found to present a good to moderate AQI (Air Quality Index) and were within the maximum 24 hours average; however, the relative measures based on mode of transportation are most interesting.

The study was carried out with Dr Bubaker Shakmak and Dr Matthew Watkins, who are also from the School of Architecture, Design and the Built Environment.

Dr Shakmak said: “We have developed a novel software to allow the integration of GPS data with air pollution readings to create a dynamic map of air pollution during people’s commute.”

Dr Watkins added: “This study was very informative in relation to the differences in air pollution by transport method and highlights that more needs to be done to protect cyclists. To this end we are conducting a more in-depth study that will focus solely on cyclists this year.”