The School of Architecture, Design and the Built Environment (ADBE) hosted the inaugural 'Celebrating Black Excellence in the Designed and Built Environment' forum on the 28 October, featuring an inspiring panel of speakers including industry experts, alumni, current students and staff. 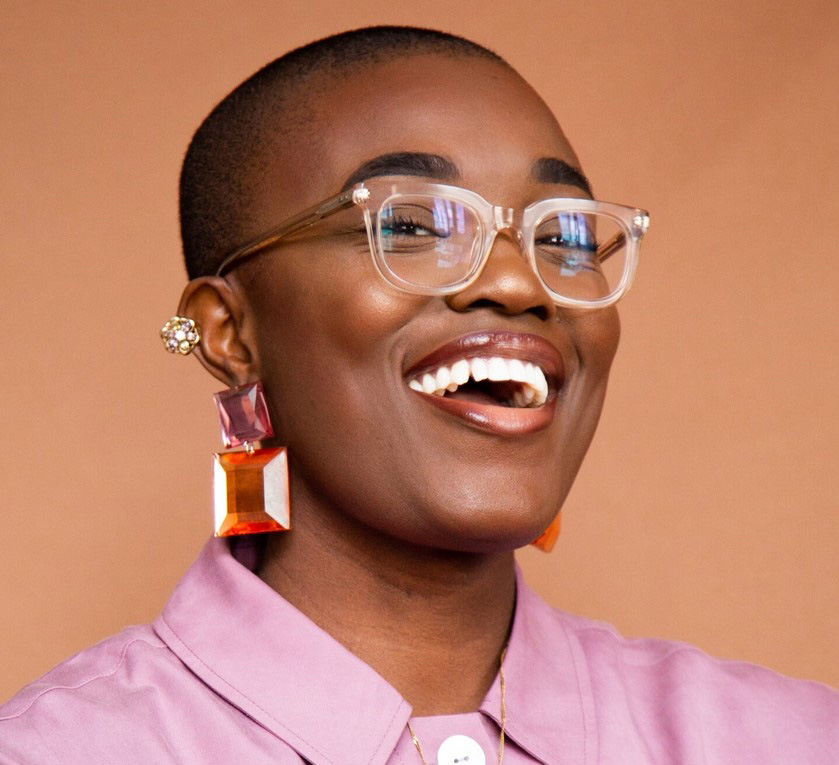 The afternoon’s proceedings were opened and chaired by event co-organiser, Senior Lecturer in Construction Management, Dr Emmanuel Aboagye-Nimo. Students and staff from the School of ADBE were in attendance as the panel’s insightful presentations were followed by a thought-provoking question and answer session.

Guest talks began with keynote speaker Nicole Crenstil, an ADBE Product Design graduate and a London-based cultural producer, public speaker and entrepreneur. Named by Forbes as one of 100 women to follow on Twitter and one of TimeOut’s ’50 Londoners shaping the city’s cultural landscape’, Nicole offered her insights and expertise on a number of topics.

Nicole shared her personal journey, from studying design at school to graduating from University and the challenges she faced throughout. Experiencing barriers applying for industry placements and graduate jobs, Nicole highlighted her ‘non-linear’ career path and that it took moving into marketing and PR roles to find her niche. Since then that she has co-founded Black Girl Fest – the UK’s first festival celebrating Black British women and girls, and BIG SIS – a platform dedicated to supporting the personal development of creative working women.

Discussing the importance of celebrating creativity and her Ghanaian heritage in her work, Nicole emphasised the value in recognising and developing transferable skills and using them to pursue other creative ideas. Passionate about laying the foundations for future generations of Black graduates and creatives, Nicole powerfully remarked, “I don’t just want to open doors, I want to break the doors down to ensure there’s more seats at the table for everyone."

I don’t just want to open doors, I want to break the doors down to ensure there’s more seats at the table for everyone.

Dian Small then took to the screen and spoke of her journey from architecture student to becoming the Royal Institute of British Architects (RIBA) Regional Director for London. Dian was introduced to the audience as an alchemist in the industry; a voice that has influenced positive change throughout her career which has spanned practices and partnerships in the UK and the Caribbean.

Dian spoke of the beauty of being ‘the first’ to do something and the importance of learning from every experience you go through. On her work with the RIBA, Dian shared the changes established during her tenure, including the introduction of Black History Month celebrations, masterminding the RIBA Afrofuturism Gala supporting the Stephen Lawrence Charitable Trust, and her aim to make the RIBA accessible to everyone, stating: “If I don’t use my privilege for the benefit of others, then what’s the point?” To NTU via A-Levels and a BTEC in Engineering, the next speaker, Akintomide (Tomi) Jaiyeola, focused on his experiences studying Civil Engineering at University. Tomi emphasised the value of having a plan and finding a work-life balance, drawing on his own success which has seen him gain undergraduate and postgraduate degrees and progress in his career with Jackson Civil Engineering. His next aim? Chartership. His message for current students: always have a plan and don’t be afraid to fail in order to succeed.

NTU’s Diversity Governance Coordinator, Afua Acheampong, closed the presentations with her own profile. Afua spoke of her experience studying at, and graduating from, the University before being voted in as the Nottingham Trent Students’ Union’s VP Education in 2018. It was in this role, Afua shared, that she produced the influential report highlighting the BME attainment gap and how that is informing real change at NTU.

The NTU Black Leadership Programme was established thereafter – the first of its kind in the sector – and Afua discussed the work she is doing in her current role supporting the University’s senior leadership team on race equality.

The speakers were then joined by the School’s Executive Dean, Dr Andrew Knight, and alumni Esther Idoko and Dr Olusegun Oluwole. The panel took questions from the audience and discussed a range of topics, including the importance of using events like this to support tangible progress.

“In the face of unimaginable adversities, our inspirational speakers have managed to excel abundantly in their various roles. As an institution we can play our part by inspiring our students and removing some of the barriers that they may encounter, particularly in the higher education setting.”

“This year we have renewed our commitment to tackle equality, diversity and inclusion issues in a concerted way. Alongside the formation of an Equality, Diversity and Inclusivity committee, we are exploring student and staff fora, developing a mentoring programme and a plan to decolonise our curriculum.

“We will be planning regular events that go deeper in exploring the systemic and societal issues behind racial inequality and the attainment gap. I hope these will build a network beyond NTU and engage alumni, industry and professional bodies.

“A huge thank you to Emmanuel Aboagye-Nimo for chairing the event and co-organising alongside Paul Whitehouse, Lottie Kelvey and Liz Turner."

The School plans to continue its programme of Celebrating Black Excellence events from January 2021.