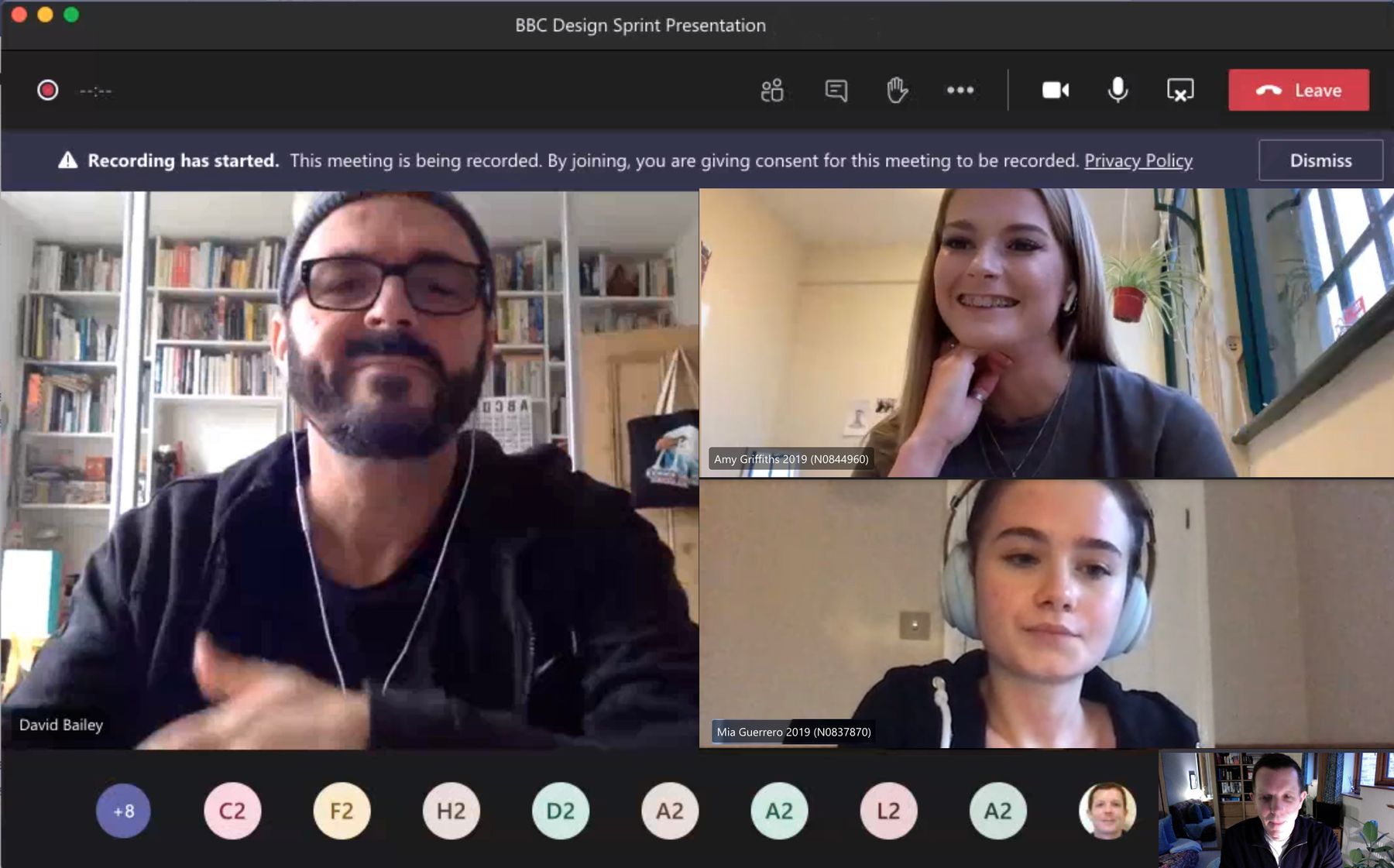 Students worked with the BBC's David Bailey on the virtual challenge

Second year BA (Hons) Graphic Design students took part in a Design Sprint challenge in collaboration with David Bailey, UX Principal, Visual Design & Branding at the BBC. The group were tasked with developing an app that could be aimed at students. Thirty six groups in total took part, with the opportunity to present to David Bailey and his colleagues at the BBC.

Students had one week to complete the challenge, working in groups to research and design an app idea that students would be interested in. This challenge allowed the group to learn UX Design skills, providing them with valuable experience for their future careers.

David Bailey commented on the high quality of work produced by Nottingham Trent University (NTU) students during this time: “We saw a really high standard of work from NTU Graphic Design students. Their ideas were well communicated, their outputs well researched and executed. There was good collaboration, and evident appreciation, understanding and adherence to the UX Design Sprint process.

Given this was done under the restrictions of COVID is further testament to the students pragmatism and hunger to produce great work. These attributes will serve them well as professional designers.”

One group of students decided to focus their app on creating a community where students could ask questions anonymously about any element of life, which they named ‘NTU Burst’. Subjects the app could focus on included mental health, accommodation, relationships, and balancing university life. 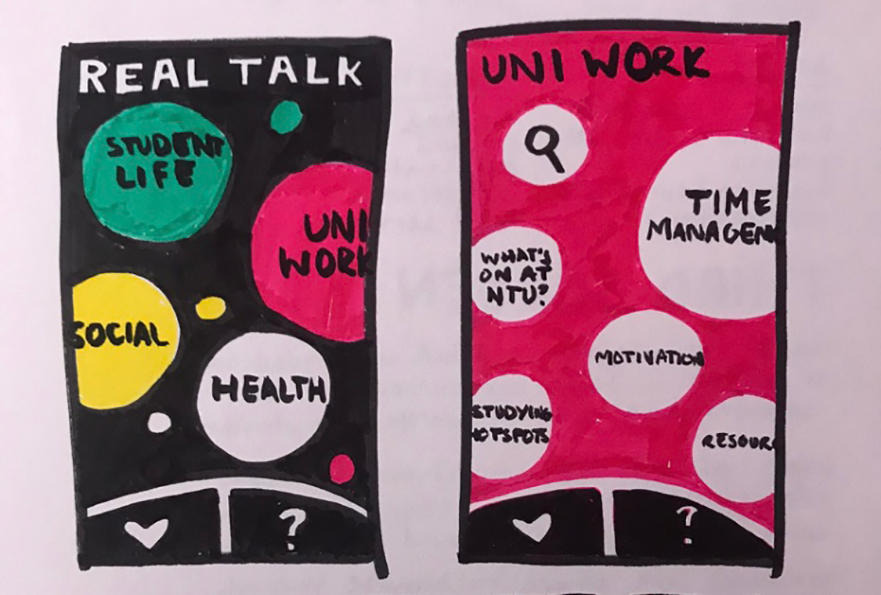 We spoke to Mia Guerrero, who was part of the NTU Burst team: “The process was a quick 5 day system where each day we focused on a different aspect of UX design, which me and my amazing team responded to very well and each day someone took charge which meant things ran smoothly and nobody got overwhelmed.

Although there are group chats and Facebook pages that are sometimes used for this sort of thing, it's a very public place for advice. We felt a service like NTU Burst could be useful especially for anonymity. For a student with mental health issues, this is so helpful as they can anonymously see if other people feel the same way as them - which would be especially helpful in first year.”

Student Amy Griffiths also added: “It was refreshing to do a project with the BBC instead of a university project as it gave us focus and even more drive to impress! It’s also good to get feedback from someone different to your tutor. It was definitely one of my favourite projects and although it threw us off that we didn’t need a polished result at the end of the week, it actually worked in our favour as it encouraged us to engage with the research process even more.”

Mia also commented on how it feels to work with the BBC whilst at university: “It felt so exciting to have the BBC involved with a project, especially as David Bailey seemed really invested in us as students and valued our ideas. The feedback we got from him after we pitched was overwhelming and gave us all a massive confidence boost - someone in the industry was excited about our ideas! I also appreciated the confidence it gave me in that it proved that if it really came down to it, I could develop a worthy idea in just 5 days.”