Research involving Nottingham Trent University has found that the risk of extinction among amphibians – the most endangered animals on the planet – increases for species of smaller body size as their females produce fewer babies per birth. 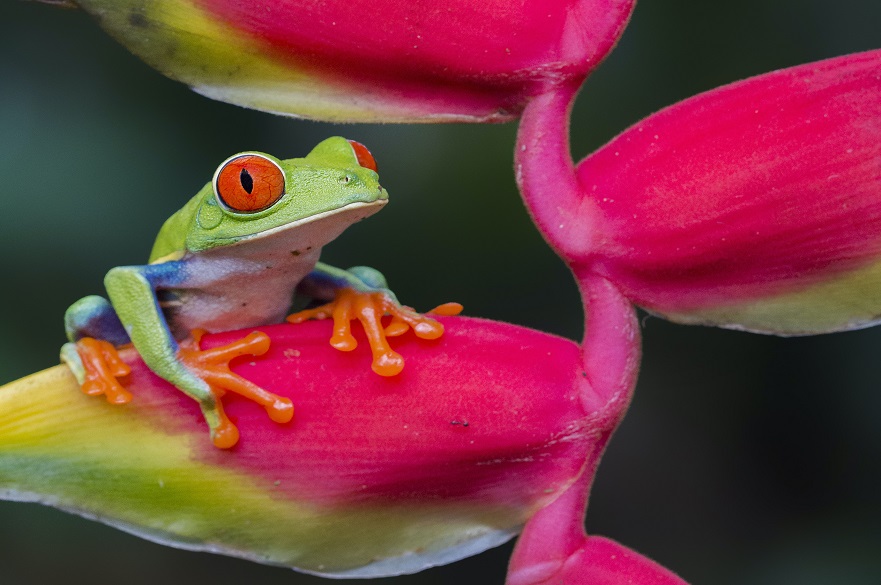 Amphibians such as frogs have become the iconic example of human-induced extinctions (Image: Roberto García-Roa)

Biologists have long believed that animals of larger body size are more vulnerable to extinction – an idea supported by the widespread endangerment faced by iconic large-sized animals such as rhinos or whales. This Queen’s University Belfast-led study is the first to suggest resetting the theory to focus on reproduction levels of animals rather than on body size when calculating extinction risk.

The research has been published today in the journal Global Ecology and Biogeography and was conducted in collaboration with Queen’s University, NTU, Tel Aviv University, Exeter University and the University of Lincoln.

The accelerating extinctions of biodiversity worldwide are widely regarded as one of the most pressing challenges faced by humanity. Therefore, understanding the factors that drive extinctions has consolidated as a top priority for scientists in the era of climate change.

Amphibians, such as frogs, toads, salamanders and newts, in particular, have become the iconic example of human-induced extinctions, given that their declines exceed those of any other group of animals on Earth. Over 40 per cent of amphibians currently face extinction risk.

A rapidly growing extinction hypothesis suggests that larger body size increases the risk of extinction – this theory has been derived fundamentally from research on mammals. This study is the first to investigate the causes behind extinction in amphibians based on the theory that it is not body size, but the number of babies a female produces per clutch that determines extinction risk.

Dr Daniel Pincheira-Donoso, Lecturer in Evolutionary Biology & Macroecology from the School of Biological Sciences at Queen's University and leading author on the research, explains: “More babies per clutch or birth means more variety among the babies. To some extent, it is like playing the lottery, the more tickets you play the higher your chances to win. In this case, more numerous and diverse babies increase the chances that at least some can survive the stress of environmental alterations, such as progressive climatic changes.”

To conduct their study, the research team looked at amphibians from all over the world, and from their entire diversity (frogs, salamanders and caecilians – which look like big worms). The team then matched the levels of endangerment of thousands of species (whether they are threatened with extinction or not) and analysed this information against their body sizes and the number of babies they produce per clutch.

They found strong evidence that extinction risk increases towards species that produce fewer offspring, such as the ‘rain frogs’ (Eleutherodactylus), whereas extinction risk decreases towards species that produce more, such as different species of American water frogs (Lithobates) or the large-bodied ‘bufonid’ toads, which can lay up to 80,000 eggs in one clutch. In contrast with the widely held view about animal size as a ‘driver’ of extinctions, they found that the risk of extinction of a species did not match its size as accurately as it matched its reproduction.

Lilly Harvey who is based in NTU's School of Science and Technology is a senior researcher on the study through the wider research initiative The Global Amphibian Biodiversity Project. Ms Harvey, who is based in the university’s School of Science and Technology, focused on the development of datasets looking at drivers of extinctions on a global scale, using amphibians as a model due to their exceptional level of vulnerability.

This new research suggests that placing an emphasis on the number of offspring that species produce, rather than simply on their large body sizes, could guide more effective human actions about what species or areas to protect during the fight against the loss of biodiversity.