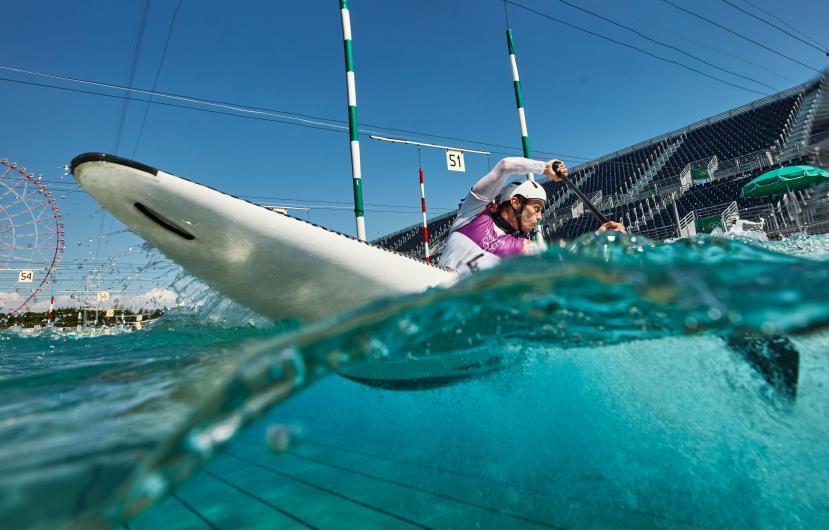 Adam Burgess, who graduated NTU in 2014, came 4th in the finals of the Olympics Canoe Slalom event on the 27th July 2021. Canoe Slalom is a sport where you navigate through a course on river rapids in the fastest time possible. The Sport Science and Management graduate scored a time of 106.86 seconds, just 0.16 seconds behind Sideris Tasiadis of Germany in 3rd.

Adam commented on his performance:

“No regrets out there today. I know I can be proud of the composure I felt at the start-line, and the focus and fight during my race runs. The final was a tough run, few mistakes and I had to fight to hold it together. I’m proud I stayed off the poles to deliver something respectable in the end.

It’s been an absolute pleasure to play my small part in this Olympic Games for Team GB and I look forward to celebrating the experience and sharing the stories when I’m home.” Originally from Stoke-on-Trent, Adam started canoeing in 2003 when he was introduced to the sport in the scouts. Since 2008, he has competed at an international level, and has had many successes. In 2015, he became Britain’s first ever U23s World Champion. He won the silver medal in both the 2018 European Championships and the 2019 World Cup.

Congratulations to Adam for making the finals at the Tokyo Olympics 2020, we cannot wait to see what you get up to in the future!