Belief in anti-vaccination conspiracy theories can be reduced by correcting misperceptions of what others in society believe, according to psychologists who have examined the impact of a new social intervention approach. 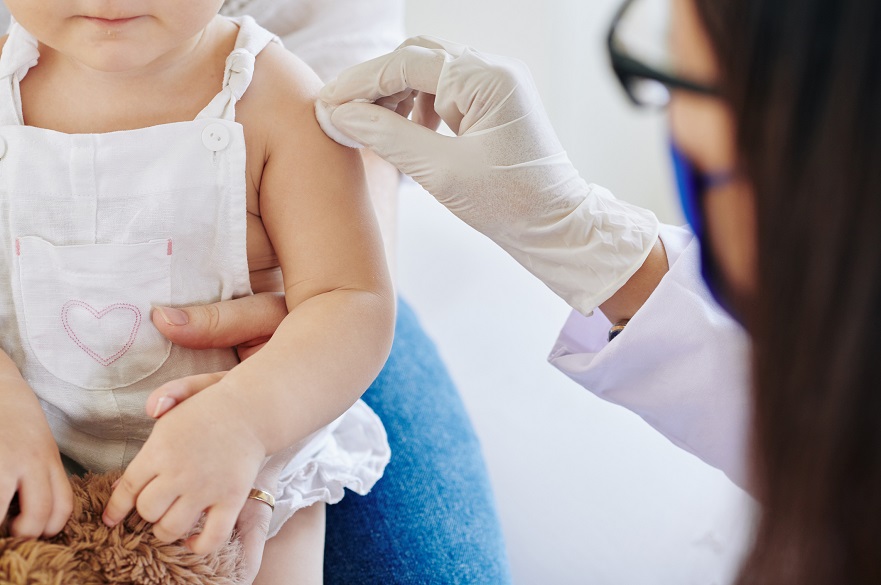 The research assessed the willingness of parents to vaccinate their children

In a paper recently published in Group Processes and Intergroup Relations, a three-part study questioned a range of people on their belief in conspiracy theories and their perception of what others thought. Findings showed that people over-estimate the belief of others in conspiracy theories, and that these misperceptions are strongly related to their own personal belief.

In a second paper recently published in PLOS ONE, the research focused specifically on parents and anti-vaccination beliefs.

Researchers then used an intervention technique which corrected their misperceptions by showing a selection of participants the actual level of conspiracy belief among other parents with the message that the overwhelming majority of UK parents choose to vaccinate their children.

These participants were then asked again about their anti-vaccine conspiracy beliefs and vaccination intentions immediately after the feedback and were also invited back to take the measures after six weeks.

The intervention was shown firstly to reduce how much participants thought other parents endorsed anti-vaccine conspiracy theories which, in turn, reduced their own personal conspiracy beliefs. The intervention also increased how much participants thought other parents intended to vaccinate which, in turn, increased their personal intentions to vaccinate.

Darel, a PhD researcher who carried out part of the study while at Staffordshire University, said: “Our method – which used the Social Norms Approach - begins with the premise that we are influenced by our perceptions of other peoples’ beliefs and behaviours, but that we often hold misperceptions of these views.

“This is the first time this approach has been tested to address anti-vaccine conspiracy beliefs, and we have shown that giving people feedback on how they’ve misjudged the beliefs and behaviours of others has the potential to tackle anti-vaccine conspiracy endorsement, which can have detrimental effects of the uptake of important vaccines.

“It’s very promising that the immediate follow-up showed a significant reduction in participants’ anti-vaccine conspiracy beliefs. Although this change didn’t remain after six weeks, further development of the method with ‘top-up’ messaging at future intervals will mean we can measure the long-term effectiveness of the intervention.”