The first study to investigate the role of touch in a novel intervention known as Havening shows how therapeutic touch reduces feelings of distress by changing brain activity. 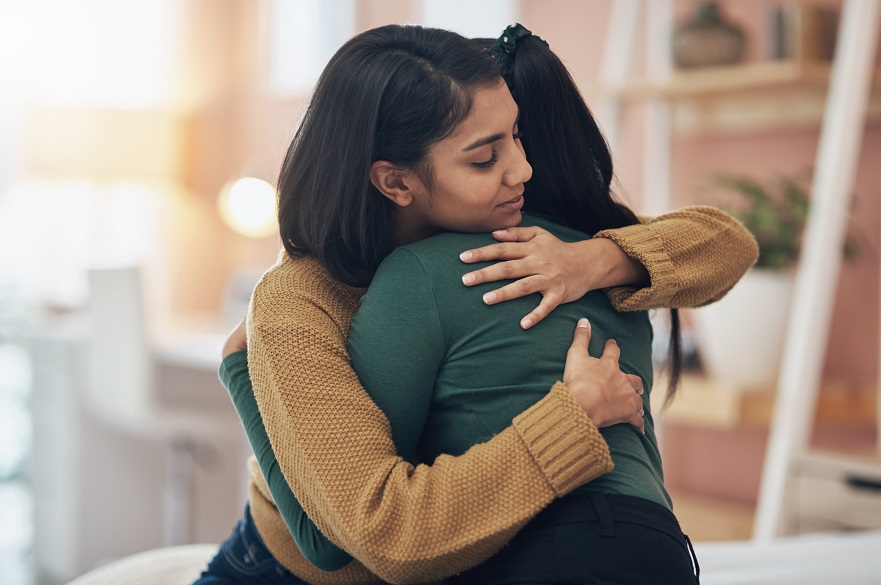 Participants who reported experiencing a moderately distressing thought or event, at least a month prior to the study, took part in online psychological testing and a face-to-face therapeutic session.

The individuals were randomly allocated to a session which either did or did not include Havening Touch. Led by an experienced Havening therapist, participants began each session by thinking about their distressing event or memory before carrying out four cycles of activities, such as naming animals beginning with specific letters, singing a childhood song, thinking about photos of happy images, and imagining watching a tennis match.

For those receiving the Havening Touch, the practitioner also administered a gentle sweeping touch to either the participant’s face, upper arms and shoulders, or palms during the activities.

Before, after and during the session, participants reported their mood state and had a brain scan using electroencephalography - electrodes placed around the head that measure the brain’s electrical activity.

In general, improvement was seen in negative mood states after the session, compared to just before. Moreover, those who completed a follow-up psychometric test two weeks later also reported better psychological health.

Greater reduction in self-reported distress about the troublesome thought or event was observed during the session that contained Havening Touch than the session that did not. This was reflected in the electroencephalography, which showed a specific increase in beta and reduction in gamma activity in the Havening Touch group. This might reflect changes in a brain network known as the limbic system, involved in processing emotions, and is in line with the theory that Havening Touch helps relieve a sense of fear or threat.

Dr Alexander Sumich, Associate Professor in Psychology at NTU’s School of Social Sciences, said: “Hormones and brain chemicals, such as oxytocin and dopamine are released through our bodies with desired social contact, such as sharing a hug, and are critical to our psychological and physical wellbeing, supporting our immune system. Oxytocin also helps an area of the limbic system called the amygdala adaptively determine whether we should be fearful of something or not.

“While our findings suggest that both conditions carried therapeutic potential, we see that incorporation of the Havening Touch accelerates the reduction in distress, with even just a single session.”

The research team from the university’s Affect, Personality and the Embodied Brain (APE) group and NTU’s School of Science and Technology Sport, Health and Performance Enhancement group are also developing online guided interventions. This includes research investigating how these interventions may help competitive/recreational athletes deal with distressing memories of a single sporting event or experience.

Future work will also investigate the relationship between the changes in brain activity and biochemical response to nurturing touch.

Dr Sumich added: “As we emerge from a time of social distancing, it is important to recognise the importance of touch in wellbeing, and hug once more.”

The study The Power of Touch: The Effects of Havening Touch on Subjective Distress, Mood, Brain Function, and Psychological Health is due to be published in the journal Psychology & Neuroscience.