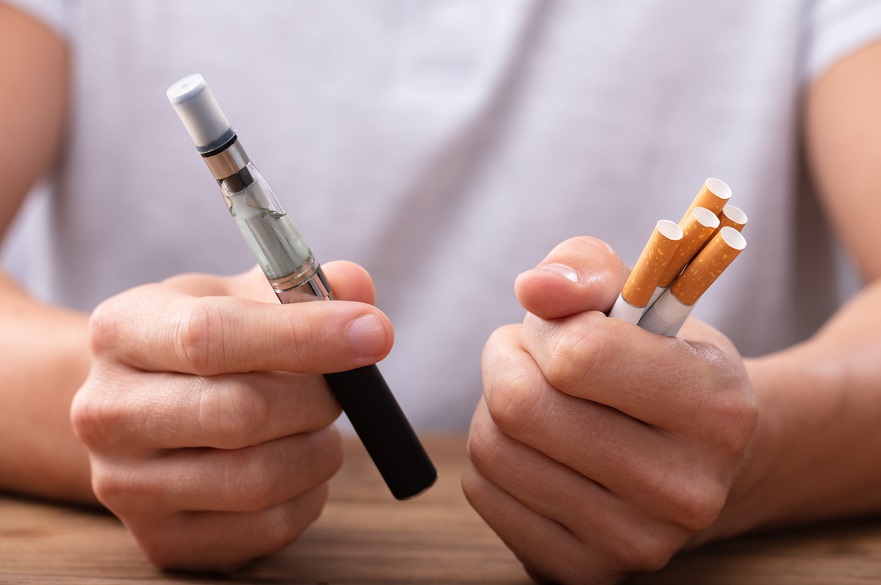 The review combined data from a number of studies to produce an estimate of the likelihood of smoking or vaping after seeing this content in films.

The study, led by Zeinab Hassanein, a PhD student at the School of Medicine, University of Nottingham, with Dr Alex Barker, lecturer in Psychology at NTU’s School of Social Sciences, highlights that current British Board of Film Classification (BBFC) guidelines do not go far enough. In content which appeals to children, smoking is only considered alongside age-classification based on promotion or glamourisation. There are currently no classifications guidelines in relation to vaping.

The paper also recommends that countries all over the world should have a well-designed board which is responsible for age classification ratings for movies and include vaping, as well as smoking, imagery in its classification guidelines. The work of the boards should also be broadened to include TV and other forms of media which are growing in popularity among young people.

The research concludes that exposure to this content in films can have an effect on uptake and questions the role of new media such as video on-demand, online video channels and social media, which is not subject to regulations on images of smoking on screen in the same way as traditional TV and film productions.

Dr Barker said: “Viewing habits are changing and new forms of visual media are becoming more popular, especially with young people. These services are often unregulated or subject to different regulations than UK films or TV. The current study shows that exposure to this content can lead to uptake and since our previous research has shown that smoking imagery remains prevalent in this media accessed by children and young people, this likely represents a continuing major and completely avoidable influence on smoking uptake.”