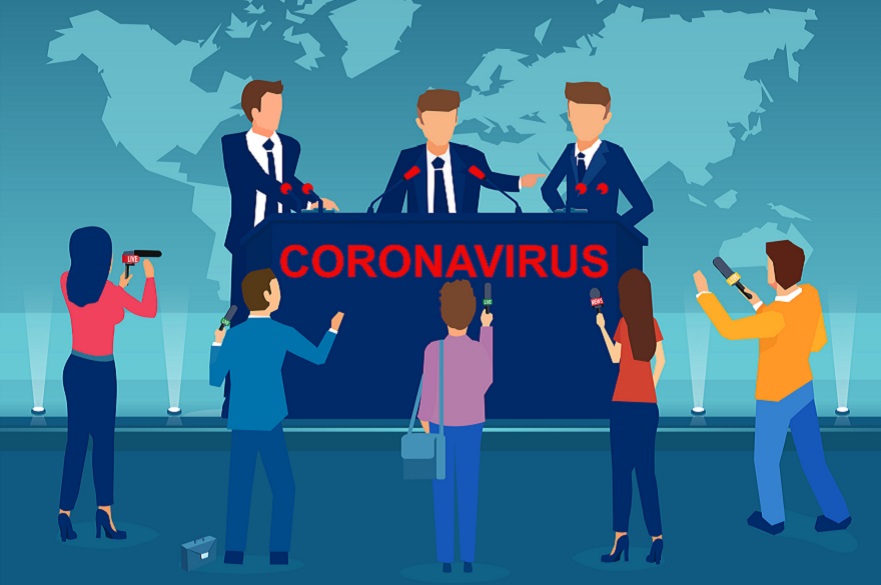 19th July 2021 was informally called ‘freedom day’ in England. Wherein, many of the social restrictions that had been put in place purportedly to curb the spread of COVID-19 were lifted. To coincide with that day I wrote an article that was published in The Conversation and which emphasised the extent to which ‘freedom day’ was the latest evidence from the intense propaganda campaign that had emerged in tandem with the pandemic that sought to build our compliance towards social restrictions that had the claimed purpose of reducing the death toll from (or with!) COVID-19 and then to emphasise that ‘vaccination’ was the only route out of the crisis.

The article ‘went viral’ after the LBC radio talk show host James O’Brien spent the first hour of his morning show on 19th July talking about it. I was invited on to the show towards the end of the segment and James and I chewed the fat for a bit about the role of propaganda in society – but particularly its role in manoeuvring public attention and sentiment during the pandemic.

Since ‘freedom day’ though, it appears that there have been other relinquishments beyond the social restrictions. Firstly, the mainstream news media have been more inclined to critically examine the happenings of the pandemic and where discrepancies (read: falsehood and corruption) may have occurred. For example, just this week the Scottish Herald newspaper’s headline on Monday 20th June read, ‘Covid guidance ‘may have denied the elderly access to ventilators’’. Although let’s not get ahead of ourselves here, the likes of the BBC still appear to have a great deal of loyalty to how they, and other news media organisations, endorsed the official narrative during the pandemic and the subsequent vaccination campaign. However, secondly, and perhaps more interestingly, there now seems to be a newfound clarity within some members of the public from the mental haze or ‘brain fog’ that swirled within people’s minds during the pandemic and which was a key factor in their uncritical adherence to a questionable, sometimes illogical, highly selective and inconsistent official advice that, in normal times, may have been met with a more sceptical response. To better understand what happened here I want to introduce the term self-haunting.

Self-haunting concerns the dialogue that an individual has with themselves about what they should be fearful of and could, at a theoretical level, be considered a sub-division of the 20th century French philosopher Louis Althusser’s influential concept of ‘interpellation’: the process by which we internalise the values associated with a culture or ideology. Likewise then, the process of self-haunting is often influenced by life experiences, stories told by a community, a community’s sense of the past, present and future, the media content that an individual consumes and the wider aspects of the ideology and culture that an individual lives under. Self-haunting is thus regularly vulnerable to an imbalance between the fears that occupy an individual’s mind and the actuality of the landscape of threats posed to that person at a given time. During the 21st century, excessive levels of fear around being a victim of Islamic extremist violence, for example, might be considered as at least partly the result of a process of self-haunting given the minimal likelihood that any of us will meet our end that way. In short, terrorism is 99% communication, 1% action. This when cancer kills about 40% of people in the West and usually this is the result of poor diet, smoking, stress, substance abuse etc. wherein we have an element of control over the outcome of our lives. Something that exists to a much lesser extent when it comes to being a victim of terrorism. To this end, a significant part of a preoccupation with terrorism is the terrorising that we do to ourselves through self-haunting at least partly in consequence to the ‘terror’ that our politicians and media try to encourage. 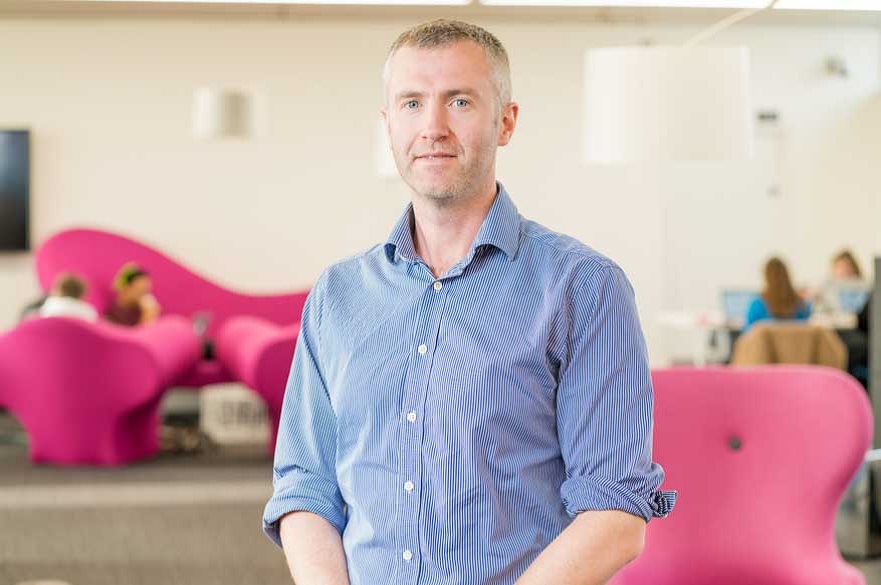 At this point I should state that I am not the creator of the term ‘self-haunting’ although it hasn’t been applied to the context of a pandemic. The idea of it has been used in several disciplines previously. In psychology the famous Hermann Rorschach studied the process through which we internalise meaning from seemingly non-descript objects. For example, as children we remember seeing objects on the bedroom floor through the darkness and scared ourselves into thinking they were monsters of some kind. Whereas in more contemporary times the likes of Stephen Harper at University of Portsmouth discusses the term self-haunting in his work on depictions of ‘madness’ and ‘mad folk’ within media content.

Increases in media consumption over the last century and changes to the role it plays in our lives, especially since the emergence of digital user-led media in the 21st century, are a crucial element within contemporary understandings of self-haunting. Herein, the role of what Gerald Sussman calls the juggernaut of the ‘systemic propaganda’ that emanates from sources across the hegemonic coalition is particularly important. This is because the influence of media is swelling and the role of other factors, which were once more prominent in understandings of self-haunting, are being downgraded within the equation to accommodate the reality that so much of our lives now involves watching a screen. As such, the aspect of ‘haunting’ within the term reflects what is able to capture the individual’s attention. A process encouraged at least in part at the behest of fearmongering propagandists and their strategists who try to attach whatever their subject matter is to concerns that already exist within the self.

With that in mind, it can be argued that the effectiveness of Coronavirus propaganda can be found not necessarily within the official discussion of the virus itself or the illness it caused but in its attachment to wider fears commonly found within the human mind. We humans are fearful of much the same things that previous generations of humans were scared of and it is erroneous to think that we are somehow different from the ancients. It is a mistake made largely on account of technological advance being confused with the development of the brain, which has a much slower evolutionary trajectory. We, like them, are scared of death. Perhaps not death itself but the unknown of the circumstances of our death and how we will be remembered (our legacy, or lack thereof). We have anxieties around sexual performance, sex generally (or lack thereof), not being cheated on, being loved by a significant other and forming meaningful romantic relationships – or more specifically not being lonely in that regard. We fear being banished or ostracised from our communities and particularly those that we value being associated with. We fear the unknown. Not always. But in one context or another there is a degree of trepidation about the unknown for most. We are concerned with the prosperity of ourselves and of our offspring and kin and perhaps even the protection of young people generally. Some people are deeply worried about the natural world and the animal kingdom. We are scared of having violence committed upon us. Of violence and harm coming to our offspring and kin. Of not being able to provide for our offspring or of being seen as a disappointment by them. I mention these aspects because these are regular targets for the propaganda that encourages self-haunting – Covid-19 and otherwise. For example, the NHS adverts around the phrase ‘Don’t Miss Out’ aimed at getting young people to take COVID-19 related ‘vaccinations’ played on fears of being ostracised from peer groups, not being able to attend parties, not being ‘cool’, of sexual relationships not being formed and other aspects familiar to the lives of adolescents and young adults.  Importantly, none of the messaging of the campaigns focused on medical advice and the [minimal] risks that COVID-19 posed to them, which should have been front and centre of a public health campaign given the concerns around informed consent. In fact, it should be the only messaging from a public health body. As such, fearmongering propaganda is not as instructional as other forms, as the intent here is often to simply plant a seed in the individual’s mind and then let the mind do the rest.

The final facet of self-haunting to be discussed here concerns those who were more critical of the prevailing responses to the pandemic and the extent to which they may also have suffered from an element of self-haunting. Rather than interpellating the Coronavirus propaganda itself, these individuals, myself included, were consumed by the dystopian future that appeared to be emerging as civil liberties were eroded, data grabs around medical information occurred, the surveillance state operated almost in plain sight, regular civic tender processes descended into kleptocracy and all the while, and in the most Orwellian of ways, very few people seemed to care much. Indeed, many thought it completely justified given the crisis situation faced. Perhaps we too self-haunted? I said at the start of this paragraph that this is a controversial point. This is because many of the more critically-minded around the pandemic would argue that this was not a haunting at all. There was no imbalance between what ought to be feared and what preoccupied the mind. The extent of the distortion and the erosion of democracy is all very real and very serious. My point here then is simply that self-haunting involves a closing of the mind to alternative ways of thinking and being, that minds should be kept as open as possible and that everyone should be vigilant around whether a haunting is occurring within them that may be distorting their worldview.

To conclude. There is an emerging body of critical academic literature concerned with the extent to which governments and other official bodies overstated the threat posed by COVID-19 during the pandemic, used fearmongering tactics to deliberately try to induce unnecessary fear within publics, and did so for self-interested ends, out of anxiety that nobody would listen to them if they didn’t, or for the ends of undisclosed private sponsors. Clearly governments have a responsibility to communicate with citizens to inform them of genuine threats posed to society and to recommend appropriate corresponding actions to take. Indeed, if something is to be feared then there is nothing wrong with telling people that this is important and to use an element of performance as part of an information campaign to protect the public. However, the selective and strategic overstating of certain issues and understating of others and use of fearmongering rhetoric and imagery within those communications should be concerning to citizens as it indicates a degree of contempt for the public by officialdom and a disrespect for democratic processes. Moreover, mainstream news media compliance with this narrative, failure to adequately call-out such communications and sometimes even the use of it themselves to further the official propaganda agenda, is yet another example of journalism failing to uphold its commitment to democratic citizenship and the concept of the fourth estate. This is where much of the concern has lain when it comes to Coronavirus propaganda and is something that we should be concerned and indignant about because it is a form of state-sponsored pathological and narcissistic lying. We deserve and should demand better.