The firm has won a number of awards in recognition of it's commitment to enabling access to justice for some of the most vulnerable in society. 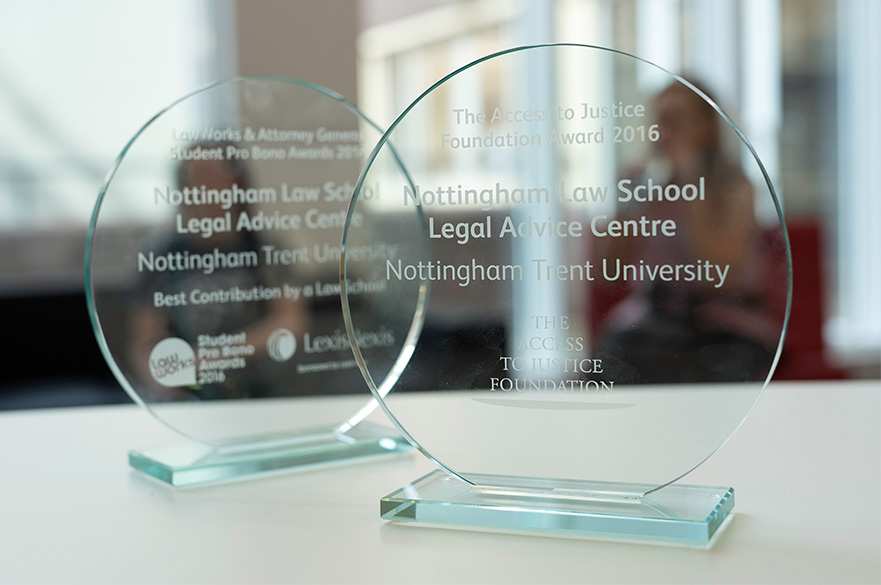 NLS Legal
+44 (0)115 848 4262
nlslegal@ntu.ac.uk
Also in NLS Legal - our teaching law firm
About us
Our staff Where are we Annual Report Awards
Clients - make an enquiry Students - get involved About NLS Legal