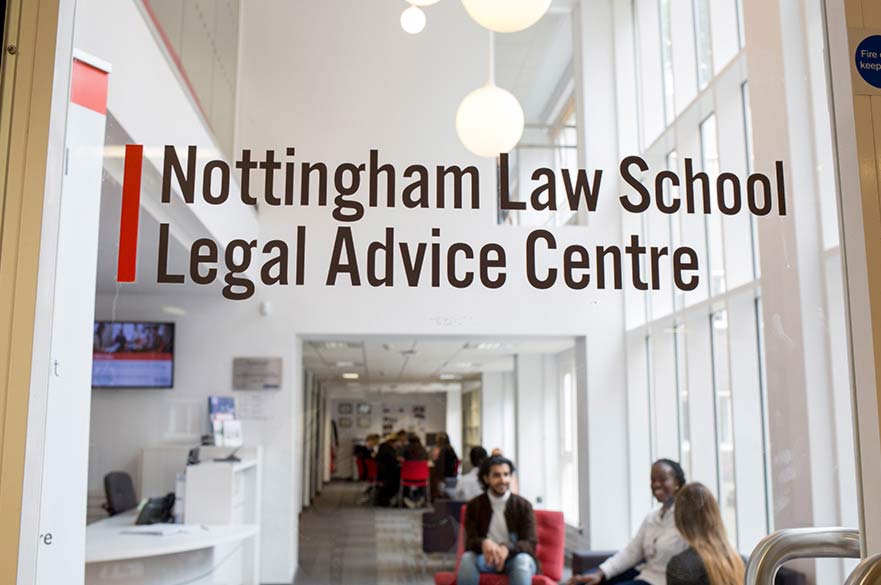 Winning both ABS of the Year and Paralegal of the Year – awarded to Caseworker, Callum Scott - the teaching law firm sees student volunteers working on real-life cases through the Centre, providing a vital service to those who would not otherwise have access to justice.

The Legal Advice Centre was the first of its kind when it was granted an ABS (Alternative Business Structure) licence to operate as a fully regulated law firm in 2015.

Supervised by qualified solicitors, students support clients with a range of legal issues either through modules within the curriculum, or by volunteering in addition to their study. They work in areas such as employment, business support and commercial law, social justice, criminal law, family law, community legal issues and tribunal and court representation.

The Centre also works with the national charity, the Free Representation Unit (FRU), to provide pro bono representation at Social Security and Employment Tribunals. The Centre is the only FRU provider outside of London.

More than £4 million in benefits and compensation has been recovered for its clients in the last five years. During the last academic year alone, the Centre recovered over £1.2 million for its clients, provided over 350 opportunities for students and assisted over 300 individuals, businesses and organisations.

Head of the Legal Advice Centre, Laura Pinkney, said: “I am delighted that both the Centre and Callum have been recognised in these prestigious national awards. The Centre takes a proactive and novel approach to access to justice whilst training, and inspiring, the legal professionals of the future.

“I am so proud of Callum and all our brilliant staff and student volunteers for their dedication to the community and the value they bring to society. These awards are recognition of their hard work and commitment.”

Caseworker, Callum Scott, was awarded Paralegal of the Year for his positive contribution to the reputation of Paralegals and the legal profession. Callum said: “I am honoured to have won this award on a fantastic night for the Centre, and for Nottingham Law School. I feel incredibly privileged to be a part of such a dedicated and inspiring team of Centre staff and student volunteers, and I have witnessed first-hand the tangible and long-lasting benefits the Centre’s work brings to our local communities. Whilst these awards are not the reason that we do what we do, I am delighted that the Centre’s achievements have been recognised on a national stage.”

Acting Dean of Nottingham Law School, Jenny Chapman, added: “The awards champion innovation and best practice in the modern legal services arena and we are delighted that the work of the Centre, and Callum's outstanding contribution, has been recognised through the two awards. Callum started work with the Centre as a student volunteer before being appointed as a legal assistant and more recently as a caseworker, and all that know him, know that this national recognition is so well deserved.”