Nottingham Trent University is encouraging people from across the region to support its annual 1in2 Day in aid of the John van Geest Cancer Research Centre. 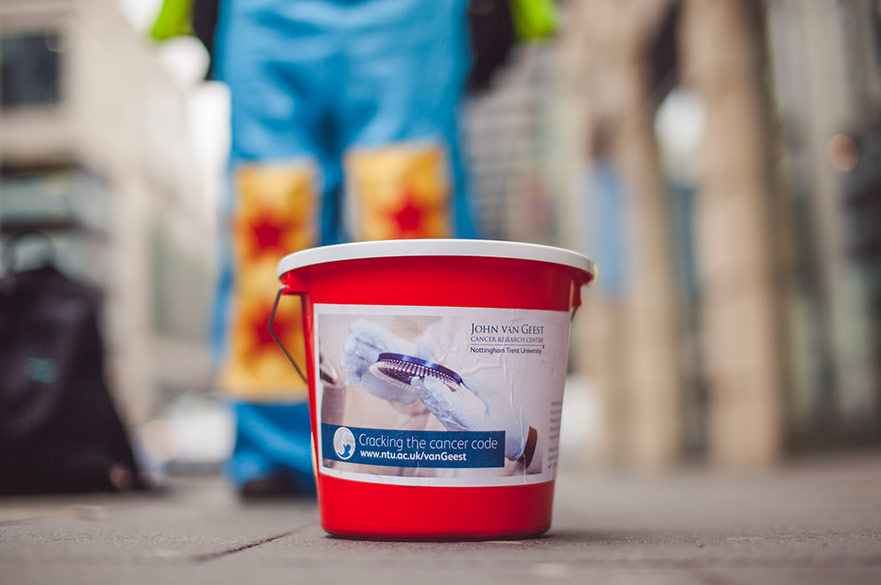 The campaign – which takes place on Friday 9 March - is named 1in2 Day because research has predicted that half of us will be diagnosed with cancer at some point during our lifetime.

The university is urging businesses, organisations and the community to join in with the fundraising, which will support and raise awareness of the centre’s vital work.

Fundraising events - which can be organised in the run up to Friday 9 March, or on the day itself - have previously included climbing the equivalent height of Snowdon on a climbing wall, car washes, ‘office Olympics’ and traditional cake sales.

All the money received from donations goes towards supporting the crucial research at the John van Geest Cancer Research Centre, which is based at the university’s Clifton Campus.

Stephen Knott, Alumni and Community Giving Officer at Nottingham Trent University, said: “The incredible support we receive from our local community is so important to us. We work with local clinicians and patient groups to make a difference and it is fantastic that so many local people and organisations are able to join with us to advance this vital work.”

The centre has been involved in a number of recent breakthroughs, including developing a simple blood test which can confirm the presence or absence of prostate cancer. This could help remove the need for unnecessary invasive and painful biopsies.

Scientists and clinicians have also identified a breast cancer protein which indicates whether a patient is likely to respond to a particular type of therapy.

Other projects includes paving the way to better understand how prostate cancer spreads around the body and the development of a new vaccine to target the most deadly form of brain tumour.

Professor Graham Pockley, Director of the university’s John van Geest Cancer Research Centre, said: “Over the past five years 1in2 Day has been a great success. I have been impressed by the ingenuity and dedication of the local community in joining together to raise thousands of pounds to support this vital research.

“My hope is that the community will join us this year to make 1in2 Day an even greater success, as well as considering how they might potentially support our work throughout the year.”

The John van Geest Cancer Research Centre works closely with front-line clinical staff and patient groups at hospitals across the East Midlands and around the world, with the aim of developing effective ways to better diagnose and treat all cancers.