Chickens to be marker of Anthropocene

Modern meat chickens are a defining feature of the Anthropocene according to new research by the University of Leicester in conjunction with Nottingham Trent University. 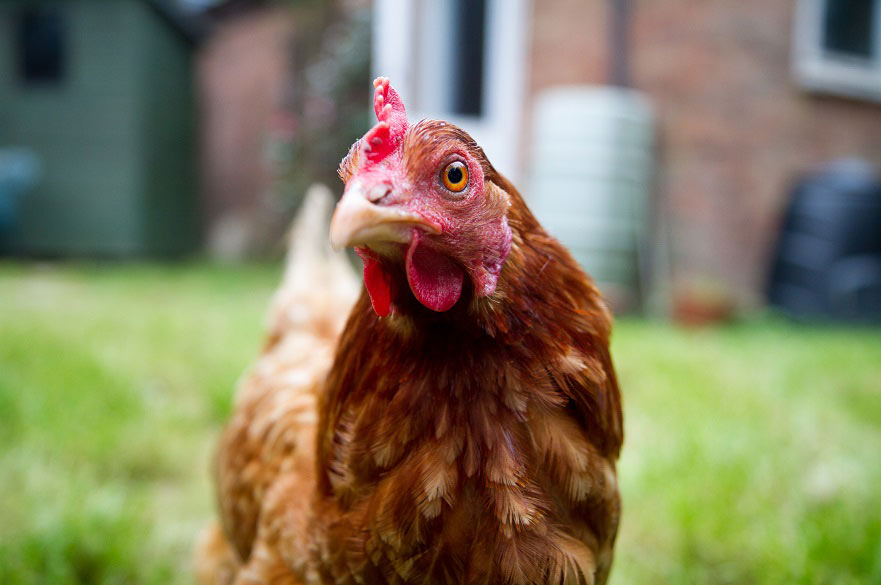 The Anthropocene is the proposed new geological epoch that marks when human impacts on many of the Earth’s geological processes became overwhelmingly evident.

This new research suggests that the Anthropocene will be defined by the breeding and consumption of modern broiler chickens and associated future archaeological and geological deposits.

Dr Bennett, Honorary Fellow at the University of Leicester said: “As the most numerous terrestrial vertebrate species on the planet, with a biology shaped by humans, modern chickens are a symbol of our changed biosphere.”

Modern broiler chickens are identifiable from their ancestors because of their changed biology, and are the kind of data palaeontologists recognise when looking for evidence of biological changes in the environment.

Co-author Professor Mark Williams, Professor of Palaeobiology, University of Leicester said: “These chickens are an artificially evolved new ‘morphospecies’, the kind of thing palaeontologists recognise, that reflect a biosphere unrecognisable from its pre-human state and now dominated by human consumption and resource use.”

The research involved comparing standard supermarket chickens, of which there are now approximately 23 billion in the world at any one time, with the bones of their ancestors back to Roman times.

The skeleton, bone chemistry and genetics of broiler chickens, which only survive their six-week lifespan due to the highly technologically-controlled conditions of modern farms, are radically different to their ancestors.

Co-author Dr Alison Foster, former Post-doctoral Research Assistant, University of Leicester, said: “Since domestication there have been many strange and beautiful chicken breeds, but the broiler is perhaps the most extreme form of all.

“The body shape, bone chemistry and genetics of the modern meat chicken is unrecognisable from wild ancestors and anything we see in the archaeological record.”

The body shape of these chickens has changed significantly as a result of their selective breeding over the last 70 years during which time there has been a dramatic growth in the demand for low-fat protein.

The reason why the bone chemistry of these chickens has changed so much is largely a result of the globalisation of food distribution and their associated diet.

Co-author Dr Ben Coles, Lecturer in Human Geography, University of Leicester, who researches the social and economic drivers behind this phenomenon, said: “The food they eat now includes soya, maize, wheat, and fish, which may have travelled from the other side of the globe.”

This diet is very different to the traditional backyard hen that would have been fed on local kitchen scraps. In evolutionary terms, changes in the biology of these modern broiler chickens has happened extremely quickly.

Professor Jan Zalasiewicz, Professor of Palaeobiology, University of Leicestersaid: “It usually takes millions of years for evolution to occur, but here it has taken just decades to produce a new form of animal that has the potential to become a marker species of the Anthropocene.”

This study provides a great opportunity to help the public truly understand how food is produced, so they can make informed choices in what they buy. It also highlights the responsibilities held by poultry producers and nutritionists such as myself, to ensure that the birds are fed and cared for in a sustainable, welfare friendly way: a tiny, incremental improvement has an effect on literally billions on birds. Our recent work on the role of bioavailable silicon in poultry feed is a great example of how a small biological change could profoundly improve animal improvement the welfare of farmed poultry."

Dr Emily Burton, an associate professor in sustainable food production, in the School of Animal, Rural and Environmental Sciences, at Nottingham Trent University.

The enormous numbers of chicken bones discarded worldwide means that these changes in chicken biology will leave a clear signal in the future geological record. This means that these modern broiler chickens have the potential to become a marker species of the Anthropocene.

Chickens to be marker of Anthropocene