An official agreement has been signed by Nottingham Trent University (NTU) and Armenia’s Yerevan State University (YSU) which will see the two institutions work together on legal education and research. 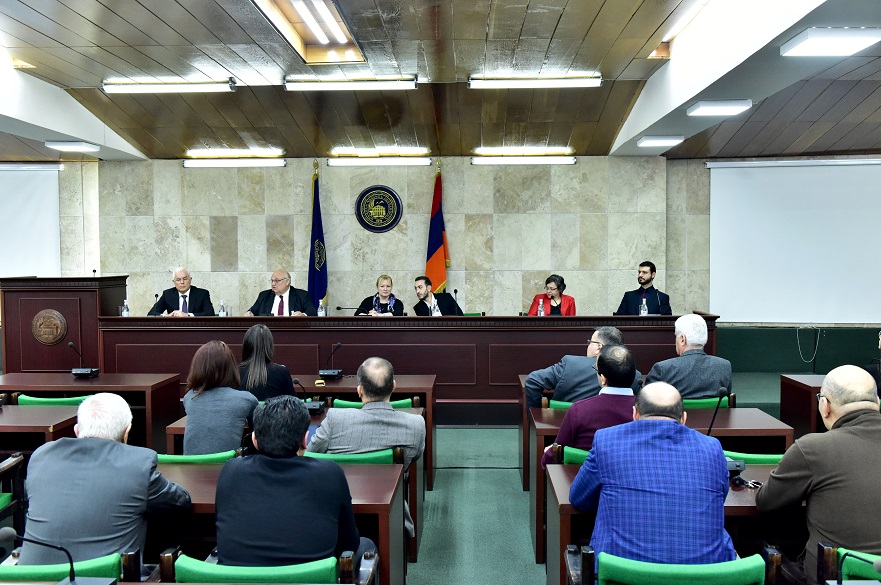 The Memorandum of Understanding marks the beginning of a partnership between Nottingham Law School at NTU and the faculty of law at YSU.

The two universities will also consult on curriculum development, bringing in current areas of focus in Armenia such as anti-corruption campaigns and improvements in human rights at an international level.

Dean of Nottingham Law School, Professor Janine Griffiths-Baker, visited YSU to sign the agreement. She said: “This memorandum is just the beginning of our journey together and we’ve already had some useful conversations about how we can work together. NTU is a global university and through this partnership we aim to give staff and students at both institutions a valuable international experience.”

Dean of the Faculty of Law of YSU, Gagik Ghazinyan, added: “The idea for this collaboration took root due to the educational programme Nottingham Law School is carrying out with the School of Advocates of the Republic of Armenia. We decided to strengthen ties through a direct relationship, making it possible for the Faculty of Law of YSU to become one of the best scientific and education centres not only in Armenia, but in the whole region.”