There is a relationship between cat owner’s personalities and the behaviour and health of their pets, a new study suggests. 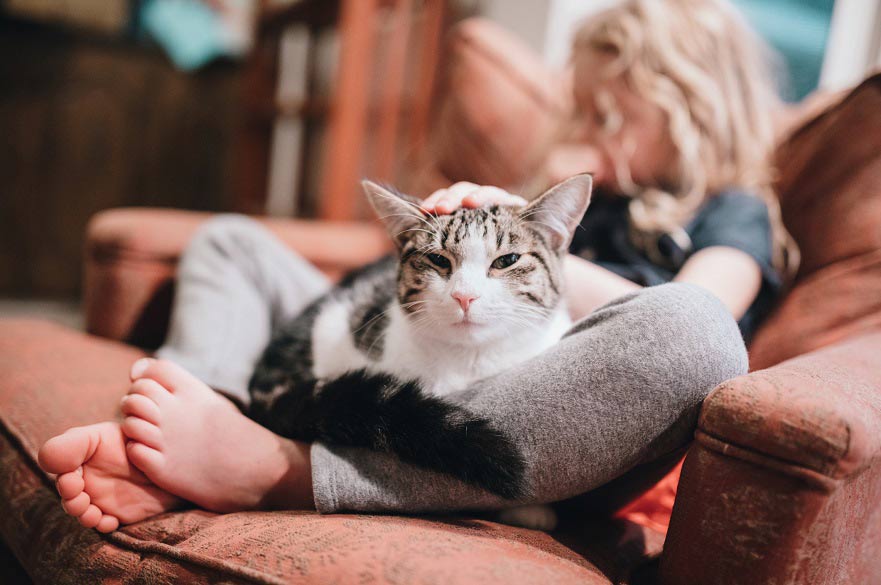 Research carried out by Nottingham Trent University and the University of Lincoln investigated the relationship between different personalities of cat owners and the behaviour and wellbeing of their furry friends.

The findings suggest that, just as a parent’s personality can affect the personality of a child, the same could be true for a cat and their owner.

The research published in the journal PLOS ONE involved surveying more than 3,000 predominantly UK-based cat owners.

As part of the study, the researchers asked questions about owners’ personalities, as well as their cat’s behaviour, health and lifestyle.

The study found that there could be a potential parallel in cats, with higher levels of neuroticism in cat owners associated with more negative wellbeing of their pets.

It was found that owners who scored higher on the neuroticism scale were more likely to report their cats as having a ‘behavioural problem’, displaying more aggressive and anxious/fearful behavioural styles and more stress-related sickness behaviours, as well as having an ongoing medical condition and being overweight.

Dr Lauren Finka, Postdoctoral researcher in animal welfare in Nottingham Trent University’s School of Animal, Rural and Environmental Sciences, and co-author of the study said: “Many owners consider their pets as a family member, forming close social bonds with them.

“It’s therefore very possible that pets could be affected by the way we interact with and manage them, and that both these factors are in turn influenced by our personality differences.

“The majority of owners want to provide the best care for their cats, and these results highlight an important relationship between our personalities and the wellbeing of our pets.

“Further research is needed to investigate the causal nature of this relationship – and to look at if, and how, owner personalities are directly influencing their cat’s behaviour and welfare.”

Nottingham Trent University Associate Professor Mark Farnworth said: “More and more we are learning that the welfare of pets is driven by the underlying nature of the owner, and not simply by their conscious decisions and behaviours.”