The ‘cancer-killing’ white blood cells from patients with prostate cancer, part of the body’s natural immune system, can be triggered to fight the disease a new study has found. 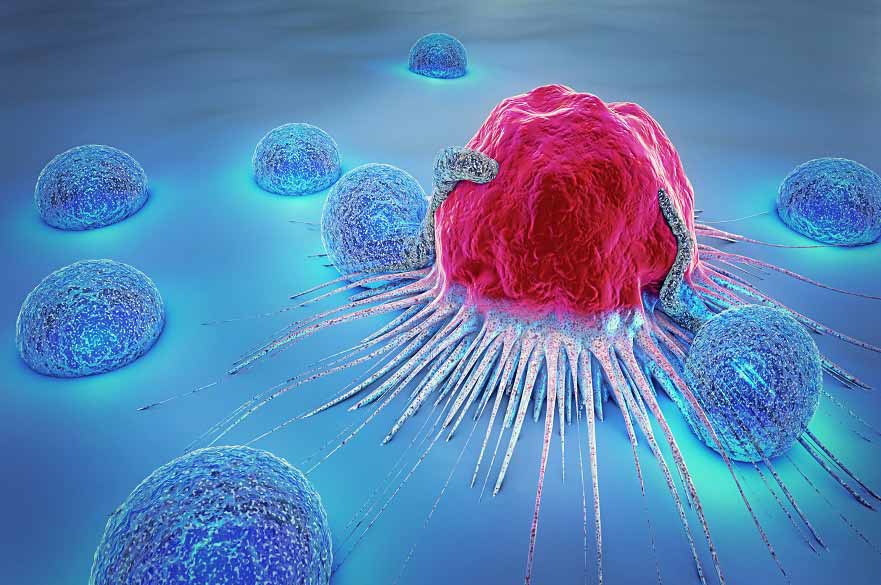 Despite progress, more than 11,000 men die from prostate cancer every year

The research, led by a team at Nottingham Trent University, has also identified how well individual prostate cancer patients are likely to respond to the different ways of activating these cells – known as ‘natural killer’ cells.

It is hoped that the work, published in the journal Frontiers in Immunology, will make it easier to predict the best treatment option for a particular patient, as well as help pave the way for more effective immunotherapy treatments.;

Despite significant progress in the treatment of prostate cancer, more than 11,000 men continue to die from the disease every year.

The study looked at how natural killer cells from patients could be activated to kill prostate cancer cells in the laboratory.

The team found that, while two different approaches can be used to activate these cells, natural killer cells from about half of patients responded better to a process known as ‘priming’ – which involves treating natural killer cells with cells that deliver a specific type of activation signal – whereas cells from the other half responded better to activation using an immune-stimulating protein.

The work, led by the University’s John van Geest Cancer Research Centre, is now focused on defining a molecular ‘fingerprint’, which would be able to quickly pinpoint which therapy would be the most effective for different patients.

Although immunotherapy has emerged as the ‘next generation’ of cancer treatments, it has not yet been shown to be successful in the treatment of patients with prostate cancer.

Therapies remain limited for patients, with radiotherapy and hormone deprivation therapy the most likely options. Aggressive prostate cancer which has spread to other parts of the body is particularly difficult to treat.

“We know that our immune system, which protects us from diseases such as infections, also protects us from cancer and, more importantly, that the immune system can be triggered to attack cancer,” said Professor Graham Pockley, Director of Nottingham Trent University’s John van Geest Cancer Research Centre.

He said: “Our findings are important, as they demonstrate that the effectiveness of different natural killer cell-based therapies is likely to be patient-dependent. The development of new techniques to predict which patients will respond best to a particular therapy will ensure that the best and most effective treatments are delivered.”