Students from low-income households at Nottingham Trent University will be the first cohort to benefit from a new programme with Santander, designed to prepare them for the workplace. 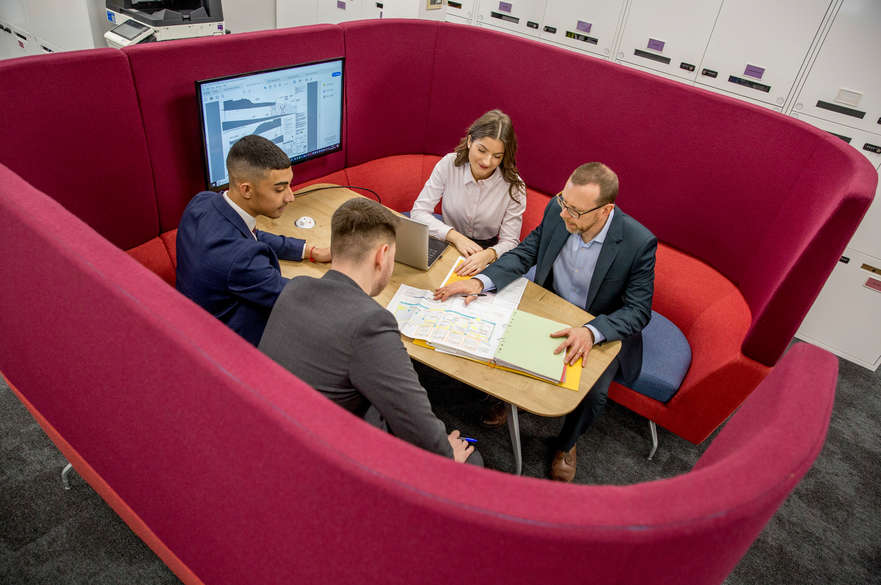 It is hoped ultimately 100 widening participation students – those from low-income households – will benefit in the first year of this three-year partnership with Santander.

The programme is designed to help students, regardless of their individual circumstances, have fair access to opportunities and enjoy the same success levels as students from wealthier backgrounds.

It is focused on enhancing their knowledge of skills not routinely covered in their courses but required by employers. This includes their self-awareness, and their ability to successfully articulate these skills in recruitment processes to achieve success in their placement search. PLAN will create a peer-to-peer learning and community support network for widening participation students going out on their sandwich year.

The programme explores six work-based skills which employers’ value in their recruits. These include building a growth mindset, demonstrating resilience, gaining commercial awareness, active listening, business communication and personal branding. Students will learn how to articulate their skill development and understand how these will be tested within recruitment processes, helping them to begin thinking like a recruiter, and in turn increasing the likelihood of becoming employed.

As part of the partnership with Santander Universities, NTU are developing employability activities to ensure students leave university prepared for the world of work and add value to businesses across the UK.

PLAN will deliver an innovative and impactful skills programme to support students from widening participation to develop their confidence and aspirations to engage in the placement process.

Emmie Studencki, Employer Engagement Projects Manager at NTU said: “We strongly value our strategic partnership with Santander Universities, their investment into the PLAN programme will further enhance and develop our student experience. Sandwich placements are known to help students progress to further study or give them a greater chance of landing graduate-level employment.”

Alongside developing their skills, students who go on to secure a placement will also receive NTU’s Rise Sandwich Placement Bursary, a non-refundable payment of up to £1000, to support them over their placement year. Santander have invested £45,000 in the three-year partnership.

Matt Hutnell, Director Santander Universities UK said: “Santander is committed to supporting higher education as well as local communities across the UK. Our support for the higher education sector is designed to enable universities across the UK to develop ambitious projects that deliver real economic, social and employment benefits. We are delighted to support this innovative, skills programme enabling students and graduates to become more employer ready.”