Scanning technology to detect drugs in international mail is being developed by a Nottingham-based technology company to tackle the distribution of narcotics in the United States. 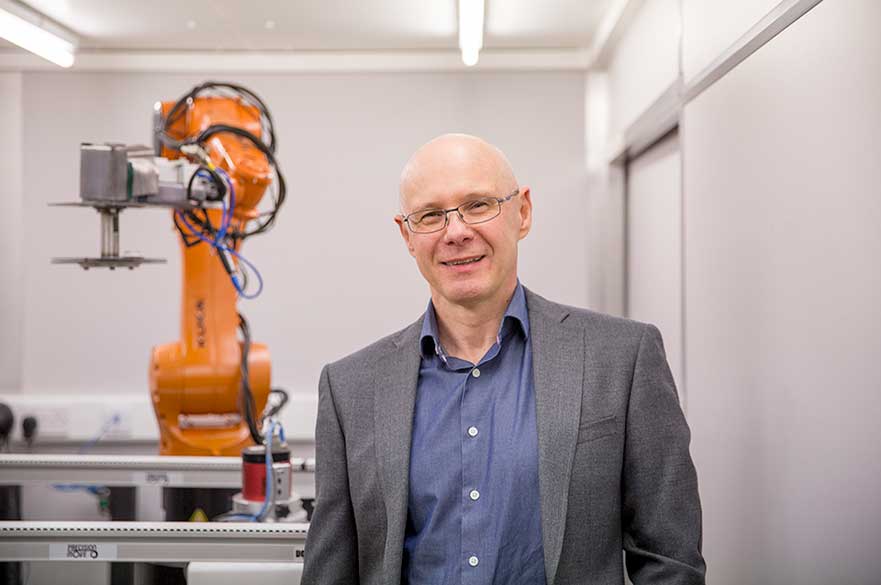 Scanning technology to detect drugs in international mail is being developed by a Nottingham-based technology company to tackle the distribution of narcotics in the United States.

HALO X-ray Technologies Ltd – a spin-out of Nottingham Trent University (NTU) and Cranfield University - has won $100,000 in funding from the US government.

The company will use enhanced X-ray diffraction techniques to detect the presence of illicit opioids in a non-intrusive way. It will work by measuring how X-rays are diffracted when they pass through a parcel. By emitting X-rays in a conical structure, a stronger signal is generated which improves the accuracy and speed of detection.

HALO X-ray Technologies is commercialising technology that was developed by Distinguished Professor Paul Evans, of Nottingham Trent, and Professor Keith Rogers, of Cranfield. The company CEO is Dr Simon Godber, an alumnus of NTU.

Professor Evans, Head of Imaging Science at NTU, said: “This technology has the potential to revolutionise how opioids are detected to allow for improved international security measures which will limit their illegal distribution in the US.

“By using our patented X-ray technology we can improve the accuracy and speed of detection, empowering the authorities to spot illicit opioids sooner and limit how they are misused in some sections of US society.”

Professor Rogers, a professor of Materials/Medical Science at the Cranfield Forensic Institute, said: “The technology that HALO is developing could significantly enhance the detection of illegal drug trafficking at airports, ports and other border crossings. This funding from the US Government is a fantastic endorsement for HALO and its potential to revolutionise vital aspects of homeland security not just in the US but across the world.”

Dr Godber added: “This is an exciting opportunity to develop our unique X-ray technology for the detection of illicit substances in the postal system. We look forward to demonstrating our capability in this new application area.”

The misuse of opioids such as fentanyl has created an unprecedented public health crisis across the United States, according to The White House, and more than 130 people die from overdoses in the country every day.

International mail has been identified as a route for illicit opioids entering the country, commonly transported in nearly pure, powdered form. Large-scale drug trafficking can occur via very small packages sent in the post.

The prize money was awarded to HALO X-ray Technologies as part of the Opioid Detection Challenge, a $1.55 million global prize competition for the development of rapid, nonintrusive detection tools. It is funded by the Department of Homeland Security (DHS) Science and Technology Directorate, U.S. Customs and Border Protection, and the United States Postal Service. HALO X-ray Technologies is one of eight finalists of the Challenge. The White House Office of National Drug Control Policy is one the Challenge partners.

William N. Bryan, US Department of Homeland Security Senior Official, performing the duties of the Under Secretary for Science and Technology, said: “A significant challenge in the past few years is the increasing volume of parcels in international mail.

“Novel technologies are critical to help us screen these parcels for dangerous drugs like fentanyl. We are excited to support these teams as they advance their innovations in the next stage of the Challenge.”

For the next stage, HALO and the other finalists will participate in a 14 week prototyping accelerator, during which they will develop their plans into testable prototypes and compete for an additional $750,000 in cash prizes. It will culminate in a live test event hosted by the Department of Homeland Security, where finalists will meet for on-site testing of their prototypes. The Challenge expects to award one $500,000 grand prize and one $250,000 prize to a runner-up.

Jim Carroll, Office of National Drug Control Policy director, said: “A critical part of addressing the addiction crisis is finding new ways to stop the flow of deadly drugs coming into our country.

“This is exactly why we have taken a whole-of-government approach and launched this competition. The responses from innovators, universities, and technology leaders have been outstanding.

“We will continue to support the development of these creative solutions that have the potential to detect opioids and ultimately save lives.”