A Nottingham scheme which has encouraged students in the city to donate tens of thousands of bags of unwanted items to charity has been recognised with a national award. 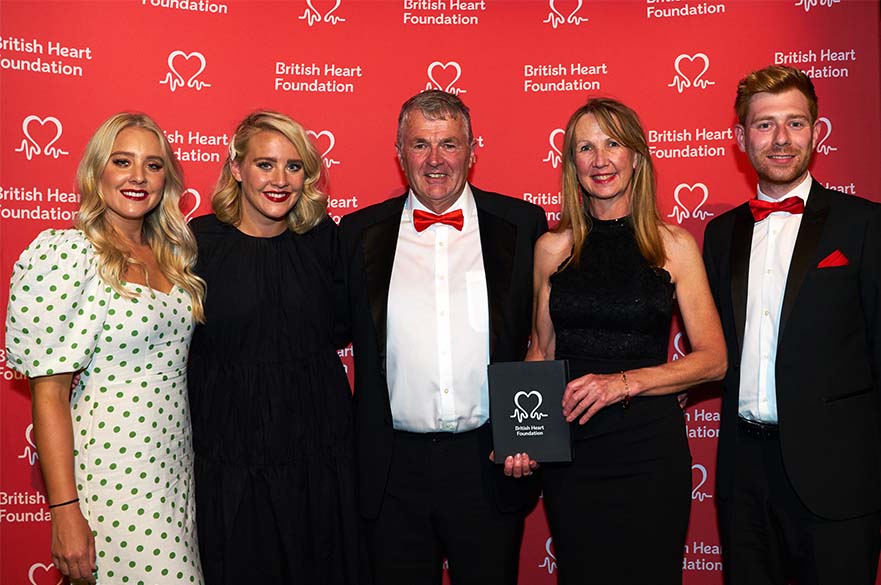 Partners on the project

A Nottingham scheme which has encouraged students in the city to donate tens of thousands of bags of unwanted items to charity has been recognised with a national award.

The Pack for Good Campaign offers university students and staff the opportunity to donate items such as clothes, electricals, books and furniture that might otherwise go to landfill to British Heart Foundation collection banks on campus and in the local community.

The successful partnership – involving Nottingham Trent University, the University of Nottingham and Nottingham City Council – was named winner in the Retail Partner category at the British Heart Foundation’s Heart Hero awards at a star-studded ceremony in London.

The campaign was launched seven years ago as part of an initial partnership between Nottingham Trent and the BHF, previously known as ‘Give it, Don’t Bin it’.

From here, it quickly expanded, with NTU bringing The University of Nottingham and the City Council on board as part of a city-wide approach.

Since then, a staggering 60,000 bags of donations, plus furniture and electrical items, has been collected, raising £800,000 for BHF research heart and circulatory diseases and their risk factors.

Charmaine Morrell, Sustainable Development Manager at Nottingham Trent University, said: “I’m thrilled we have won the Heart Hero award – it is great recognition for the Nottingham partnership, showing what can be achieved together. Through the generosity of Nottingham’s students and staff, we have raised significant funds to help BHF continue their vital work.

“The donations have funded research grants, training and providing vital equipment, including defibrillators. To have diverted 60,000 bags from waste to this great cause is a huge achievement, but we won’t stop there. We will continue to work together for this life-giving cause.”

Jamie Dickinson, Off-Campus Student Affairs manager at The University of Nottingham, said: “This award is recognition of the dedication and hard work partners put in to ensure Nottingham students have the means to donate and not waste their unwanted items. This award has inspired us all to go the extra mile and we can’t wait to hit that £1m mark for the BHF. I’m optimistic that the generosity and effort of our students will ensure this milestone is reached very soon as the Nottingham Pack for Good campaign goes from strength to strength.”

Councillor Rebecca Langton, Portfolio Holder for Communities at Nottingham City Council, said: “This is a real achievement and we’re delighted to have been involved in this project, which makes such a difference to the work of the British Heart Foundation.

“It has been a team effort with the BHF and two universities – our role includes helping to spread the word, door-knocking, posting leaflets and helping collect the recycling bags, while ensuring that the BHF also has a sufficient number of recycling banks offering students the opportunity to recycle.”

The BHF Heart Hero Awards celebrate individuals of all ages who have shown immense strength in the face of adversity or have made a significant impact in helping those living with heart and circulatory diseases.

The event at Shakespeare’s Globe, London, on Friday 20 September, was hosted by Vernon Kay, and the award judges included The Duchess of York, Penny Lancaster and Luke Pritchard from the indie band The Kooks.