Research published today shows how digital providers are coming together to support the mental health needs of millions of users unable to access traditional services during the COVID-19 pandemic. 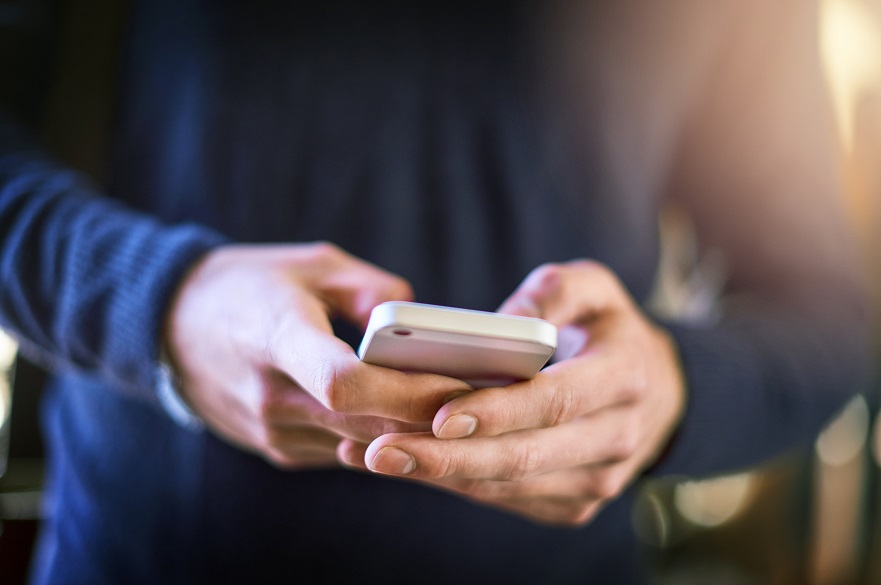 For the first time ever, digital providers and experts from over 20 countries have gathered a staggering number of insights about mental health during the pandemic from potentially upwards of 50 million users worldwide.

The study, published in Frontiers in Digital Health and led by Dr Becky Inkster from the University of Cambridge, included a range of digital services, such as patient-to-clinician platforms, digitally-enabled treatments, mental health and wellbeing apps, chatbots and social support networks. It also included insights from financial services providers, and other digital sources, such as the dark web and dark net markets.

Nottingham Trent University is a partner in the study, through technologist Dr Eiman Kanjo, who is based in NTU's School of Science and Technology. Dr Kanjo who has provided insight into a broad range of issues surrounding digital health, data collection and analytics, co-design and co-creation with end users and smart wearable technologies to transform wellbeing.

The preliminary results paint a troubling and at times bleak picture of the impact that the pandemic is having on people’s mental health, but also capture positive aspects, such as peer-to-peer support or virtual companionship for older adults.

“If we’re to be ready for the pandemic’s long-lasting impact on mental health, we need to get an accurate and broad picture of the situation we’re facing,” said Dr Inkster. “We’ve shown that it’s possible for a large number of providers to work together across borders to rapidly gather valuable insights. This could be used to set up an integrated digital system to better understand and respond to people’s mental health needs on a global scale in real-time.”

Prior to the pandemic, mental health was already a global crisis with the World Health Organization (WHO) reporting that almost 1 billion people globally had a mental health disorder, and that depression was already projected to become the leading cause of disease burden globally by 2030.

According to the WHO, mental health services have experienced substantial disruptions in 130 countries during the pandemic. This has been confirmed by clinician surveys and analyses of primary care records showing a sharp decline in clinical presentations of mental illness in April 2020 compared with expected rates. If treatment needs are delayed or undetected, there is a serious risk that pre-existing symptoms will worsen, and that new cases of mental illness will emerge.

There is mounting evidence that mental health problems have become more common since the pandemic began. Millions of people have lost loved ones. Survivors who received critical care are at increased risk of post-traumatic stress disorder. Health care workers on the front lines face anxiety, burnout, trauma-related stress and other struggles. At the same time, lockdowns separate people from family, friends, and schools, while leaving others trapped in abusive households, or turning to self-destructive behaviours. Many people have lost, or are at risk of losing, their jobs and face serious financial difficulties.

The authors of this study believe that digital providers can help address delays in mental healthcare, and deliver frontline services by offering support, treatment, and real-time monitoring of mental health. Such services can also detect how people react and respond to events that have an impact on their lives. For example, one peer mental health support network reported a substantial increase in the number of suicidal posts soon after schools closed in England in March 2020.

Co-author, Thomas R Insel, MD, co-founder of Humanest Care, said: "Just as the viral pandemic has accelerated vaccine development, this global crisis has brought together mental health experts from the public and private sector around the world to address what is surely a second pandemic triggered by loss, anxiety, and social isolation. This report captures the scale and scope of this emerging mental health crisis."

ORCHA (the Organisation for the Review of Care and Health Apps), the world’s leading health app evaluation and advisor organisation, was also a co-author of this paper. Founding CEO, Liz Ashall-Payne, said: “We’ve watched the use of mental health apps increase by over 200% during lockdown. This valuable international project shines a light on a crisis in the making and we must continue to collaborate to ensure citizens are supported in every way possible.”

Dr Inkster added: “Part of the value of these digital platforms is that they encourage people to seek support through means in which they feel comfortable. At the same time, it’s important to recognise that not everyone chooses or is able to access such services, and so it remains a continuing priority to find ways to reach everyone who is vulnerable.”

NTU’s Dr Eiman Kanjo said: “We are pleased to be part of this important initiative that brings together the lead experts and service providers to think of how to overcome current challenges with the pandemic and its impact on mental health.

“The project provides a unique opportunity for technology-driven innovation to solve real-world problems and to help inform policy makers and local authorities of the best possible ways to make positive impact.”

Some illustrative examples of insights from the study include:

Changes in the type of information individuals are seeking or presenting

At the start of the first lockdown, many providers saw an increase in the number of users searching for information and resources about mental health issues, from information on anxiety to strategies for coping with domestic violence and advice on getting support through to access to food. Examples include:

An increase in users seeking support

Digital mental health providers saw an increase in the number of people seeking help. For example:

On a positive note, providers who offer peer support networks saw an increase in the number of people offering support during these difficult times, for example: