The use of interactive rotating images could help to reduce errors in facial recognition scenarios such as border control, police investigations and passport processing, according to a new study. 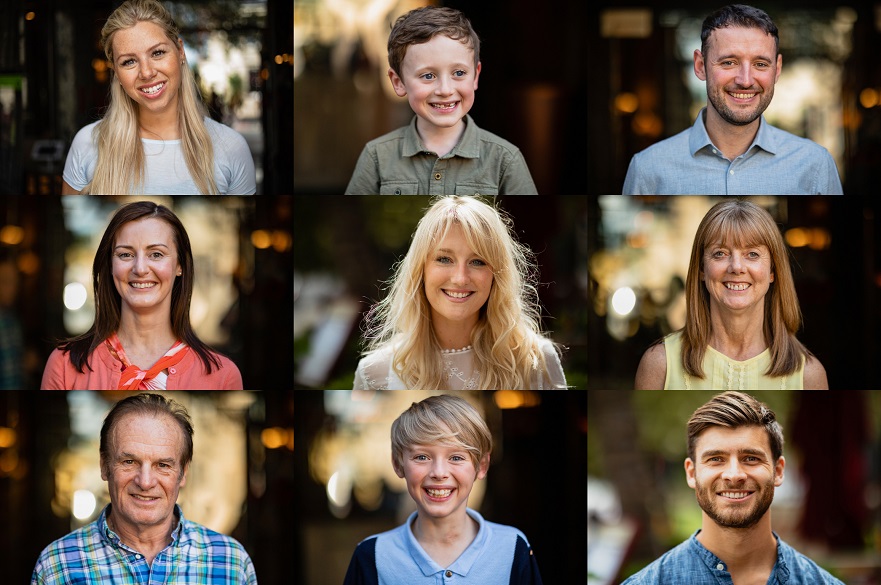 Checking photo ID is necessary for verifying identity, enabling people to cross borders, buy age-restricted goods, and access services. In a similar way, CCTV identification relies on matching footage to mugshots of suspects. However, the error rate when matching faces is high even among experienced practitioners, with incorrect decisions potentially having serious consequences.

To improve accuracy, psychologists at Nottingham Trent University (NTU), University of Birmingham, University of Greenwich, and University of New South Wales, have trialled a new viewing procedure that provides the user with an interactive image that they can rotate to different orientations.

As part of the study, which has been published in the British Journal of Psychology, more than 650 people were separated into ‘typical’ and ‘superior’ face recognisers, based on their results from previous experiments.

In each trial, participants were asked to decide whether two photographs featured the same person. One of these images was a Facebook profile picture, and the other was either a static face or an interactive image.

Dr Harriet Smith, lead author and independent research fellow in Psychology at NTU’s School of Social Sciences, said: “When viewing an image of someone’s face who you don’t know, you have no knowledge of the person’s 3D facial structure, or how their face might appear from different viewpoints. This can lead to a higher rate of error when attempting to match faces.

“We already know that some people find it easier to recognise faces than others, but both groups showed an improvement when using the interactive software and being able to move a face from side to side. These findings suggest that providing visual information about how a face looks from different viewpoints reduces human error, which has implications for any context where photo ID is used for identity verification, such as passport processing, border control, surveillance, and CCTV.

“Super recognisers are people with exceptional face recognition ability. While this skill is rare, some police forces now deploy such people to identification roles to try and mitigate the risk of incorrect face matching decisions. Our results suggest that this risk can be minimised further by using the interactive procedure."

Dr Heather Flowe from the University of Birmingham, School of Psychology, said: “We have designed the system with law enforcement stakeholders. It can be integrated into existing police systems. Our approach is low cost and straight forward to implement. By engineering the software in this way, we have eliminated significant costs and barriers to adoption to improve forensic capability in the UK.”

Dr Melissa Colloff from the University of Birmingham, School of Psychology, said: “Our ongoing work suggests that the interactive face recognition software is potentially advantageous across a number of forensic face tasks, including identification in US police line-ups.”