Experts have uncovered a new molecular reason why faecal transplants are highly effective in treating infections such as C. difficile (a nasty bacteria that can infect the bowel), which could lead to more targeted treatments for this and other similar diseases. 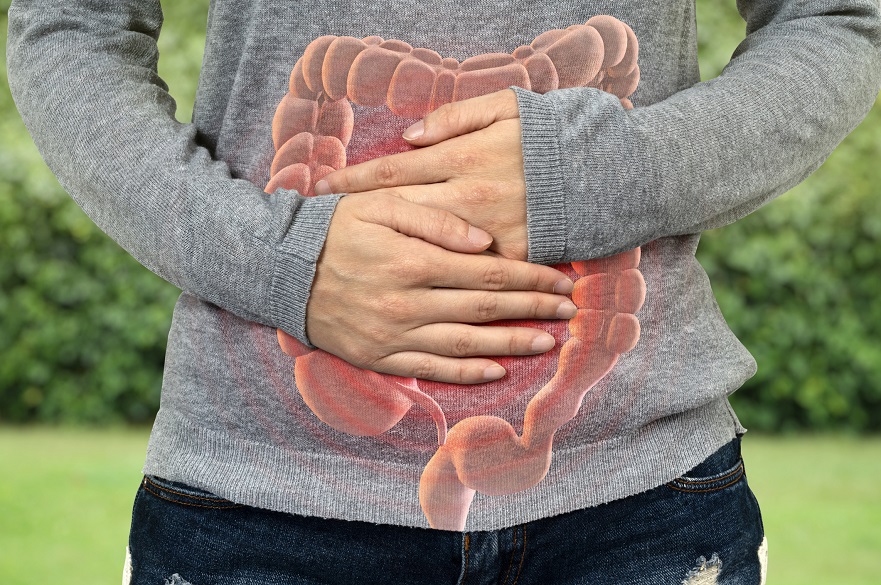 C. diff is a bacterium that can infect the bowel and cause diarrhoea

The study, published today in Gastroenterology, was led by experts from the University of Nottingham and Nottingham Trent University.

Clostridium difficile, also known as C. difficile or C. diff, is a bacterium that can infect the bowel and cause diarrhoea. The infection most commonly affects people who have recently been treated with antibiotics. It can spread easily to others.

A stool transplant - or to give it its full title "a faecal microbiota transplant" (FMT) - aims to repopulate the patient's gut with the microbes from a healthy person, making it a successful therapy against C. diff and other similar diseases. An FMT is only considered if a patient suffers recurring bouts of the infection or has not responded to traditional treatments. FMT is effective in at least 80% of cases in treating the condition.

After a poo "sample" is produced, it is mixed with water. There are two routes for getting the sample into the required location in the bowel - down through the mouth straight into the stomach, or as a colonoscopy, up through the rectum.

Whilst the technique is highly effective in treating the infection, little is still known about how it does so. In this new study, a team of experts set out to understand how FMT works at a molecular level.

Dr Tanya Monaghan, Clinical Associate Professor, Honorary Consultant in Gastroenterology, and Anne McLaren Fellow in the School of Medicine at the University of Nottingham, and co-lead author of the research said: “It is not fully understood how an FMT works at a molecular level. That is a problem because if we knew how it worked at this level, then we could refine the treatment, which would mean a full transplant may not be needed.”

The team used blood samples from two clinical FMT trials which were undertaken in Canada by co-lead Dr Dina Kao (University of Alberta) and collaborator Prof Christine Lee (University of British Columbia). From these data, they could see that following successful FMTs, there were alterations in patient microRNAs in the blood.

MicroRNAs are a class of short non-coding RNA molecules. With more than 2,000 microRNAs discovered in humans to date, many of them have already been implicated in common human disorders.

Dr Christos Polytarchou, Associate Professor in the School of Science and Technology at Nottingham Trent University, and co-author of the research, said: “MicroRNAs are characterised as master regulators of gene expression. A single microRNA can modulate multiple RNA and protein molecules, affecting a vast array of cell functions.“

The researchers wanted to specifically look at whether microRNAs changed following a successful FMT.

The team, which also included investigators from the universities of Vanderbilt (Prof Borden Lacy and Dr Nick Markham) and Clemson (Dr Anna Seekatz), discovered that following successful transplant, there was an increase in specific microRNAs in the blood, which resembled similar changes also seen in the human and mouse intestine.

Dr Polytarchou added: “We found that C. diff utilises its toxins to highjack the molecular mechanism important for microRNA maturation, a process important for microRNA activity. We went on to identify specific microRNAs, which contribute to disease pathogenesis.“ The team then looked at whether or not the combination of specific microRNAs could protect bowel cells from the damage that is induced by toxins from the bacteria, and they could.

Dr Monaghan said: “We have discovered a new mechanism by which the transplants work, which will now help us to develop a new method of therapeutics, which specifically target microRNAs. MicroRNA-based drugs are already being investigated to treat cancers, heart abnormalities, and kidney disease, but this is the first time microRNAs have been looked at as a means to treat C. diff infections. If used with antimicrobials, microRNA drugs could be extremely effective in treating C. diff and potentially other diseases”