In the first study of horse falls for over 20 years, researchers have identified some simple interventions to reduce the risk of injury in equestrian sport - making it safer for both horses and riders. 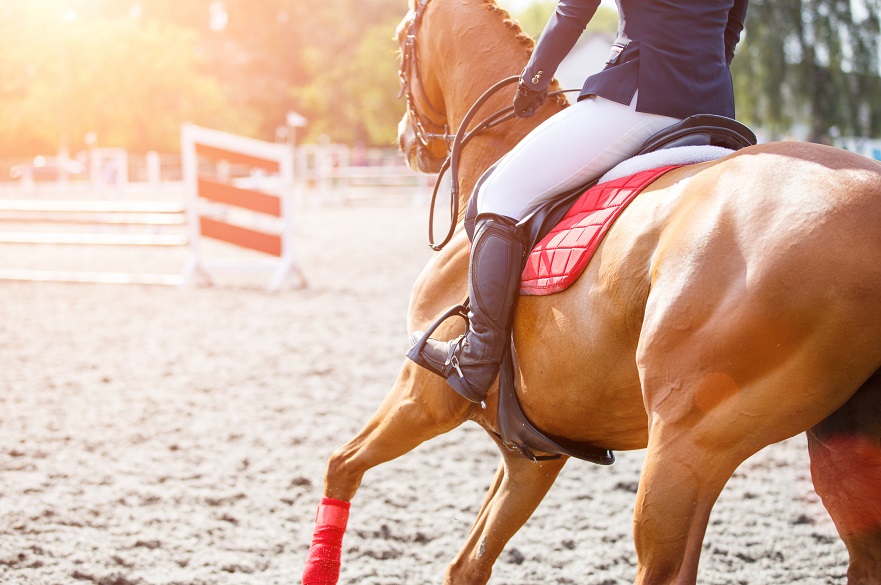 The study, led by the University of Bristol and involving Nottingham Trent University, pinpointed characteristics associated with an increased risk of falls in eventing, such as higher-level events, longer courses, more starters at cross-country phase and less experienced horses and athletes.

Identifying these risk factors allows riders and event organisers to assess the level of risk for individual horse, rider and event combinations. The study, published in the Equine Veterinary Journal, recommends simple mitigations such as adjusting minimum eligibility requirements [MERs] to ensure horses and riders always compete at a level appropriate to their ability.

This data included every horse start worldwide in all international, championship, Olympics and World Equestrian Games competitions between January 2008 and December 2018. This amounted to over 200,000 horse starts, allowing researchers to specifically analyse the cross-country phase and identify any common factors.

At least 50 riders and 109 horses have died since 2000 across all levels of competition worldwide.

Bristol Veterinary School’s Dr Euan Bennet said: “Eventing is an exciting equestrian sport, but horses and riders sometimes get injured during competitions. Occasionally they are very seriously injured, even fatally. We have gained a detailed understanding of the risk factors that make horses more likely to fall, so that we can provide actionable advice to governing bodies on how to reduce the number of horse falls, and therefore injuries and fatalities among horses and riders.

“This data is about probabilities, and we would never say don’t ride because you’re going to have a fall, but we might say what we can see is according to your risk profile you’re in the top 5% at risk of a fall.”

Dr Heather Cameron-Whytock, a researcher in Nottingham Trent University’s School of Animal, Rural and Environmental Sciences, said: “As a percentage of starters, the occurrence of horse falls is low, however if a horse and rider do have a fall then the risk of serious or fatal injury is high.

“Our research is about identifying numerous areas for ‘marginal gains’ to enable reduction of risk, rather than finding one prominent discovery that explains and eliminates falls, which is unlikely to happen. Our findings have the potential to inform policy that could impact the risk of serious injury or in the worst cases, fatality, to riders and horses.”

The study identified the following factors as contributing to a fall:

The researchers now hope the FEI will use this new evidence to implement evidence-based rules for eventing which protect the safety of athletes and horses without compromising on competitiveness.