Nottingham Trent University has been recognised for its commitment to gender equality by achieving the Bronze Award under the Athena SWAN Charter. 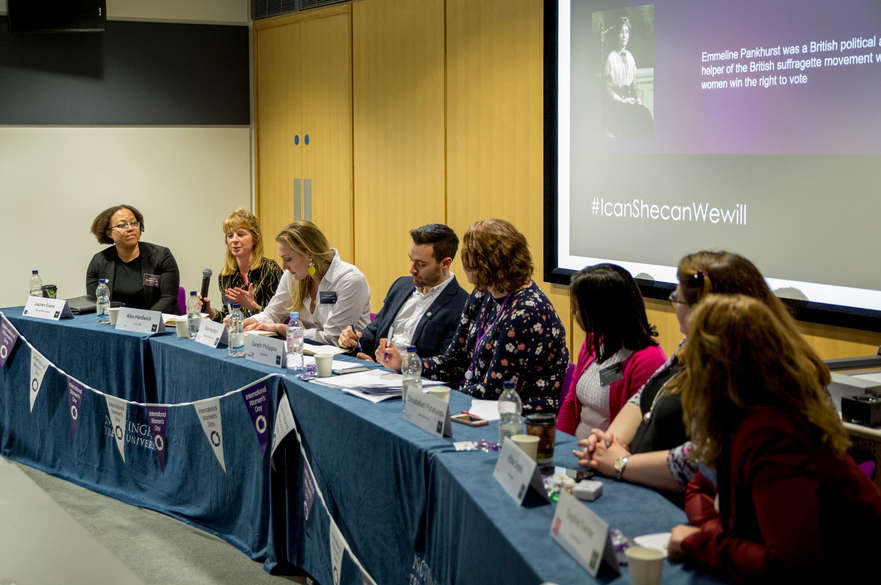 Advance HE’s Athena SWAN Charter was established in 2005 to encourage and recognise commitment to advancing the careers of women in science, technology, engineering, maths and medicine (STEMM) employment in higher education and research.

In May 2015 the charter was expanded to recognise work undertaken in arts, humanities, social sciences, business and law, and in professional and support roles, and for trans staff and students. The charter now recognises work undertaken to address gender equality more broadly, and not just barriers to progression that affect women.

Mark Biggs, chair of NTU’s Athena Swan Self-Assessment Team, said: “This result demonstrates the strong commitment that NTU has made to improve gender equality across the institution at all levels.

“The award is a significant achievement and comes on the back of the hard work and dedication of a dynamic and influential team comprised of colleagues from across NTU, with its membership reflecting the diversity of experiences and identities of our NTU community.”

To obtain the award, the University had to produce a four-year action plan to improve gender balance.

Much of the work towards these goals has already begun, including targets to increase female representation among Professoriate to 35% by 2022, a substantial level above the national average which is circa 25%, and increase paternity leave provision from two weeks to three.

Mark added: “We want to thank the many colleagues from across the institution that took the opportunity to support the Athena SWAN journey by participating in the focus groups and workshops across the institution. Their engagement was critical to identifying many aspects of the action plan that underpinned the successful application for recognition under the Athena SWAN Charter.”