NTU hosts political debate with experts from across the world

Nottingham Trent University recently welcomed almost 800 political experts from across the world to discuss the theme (Un)Sustainable Politics in a Changing World at the Political Studies Association Annual International Conference, which included a keynote speech from the Speaker of the House of Commons, The Rt Hon John Bercow MP entitled Politics in an Anti-Politics Age. 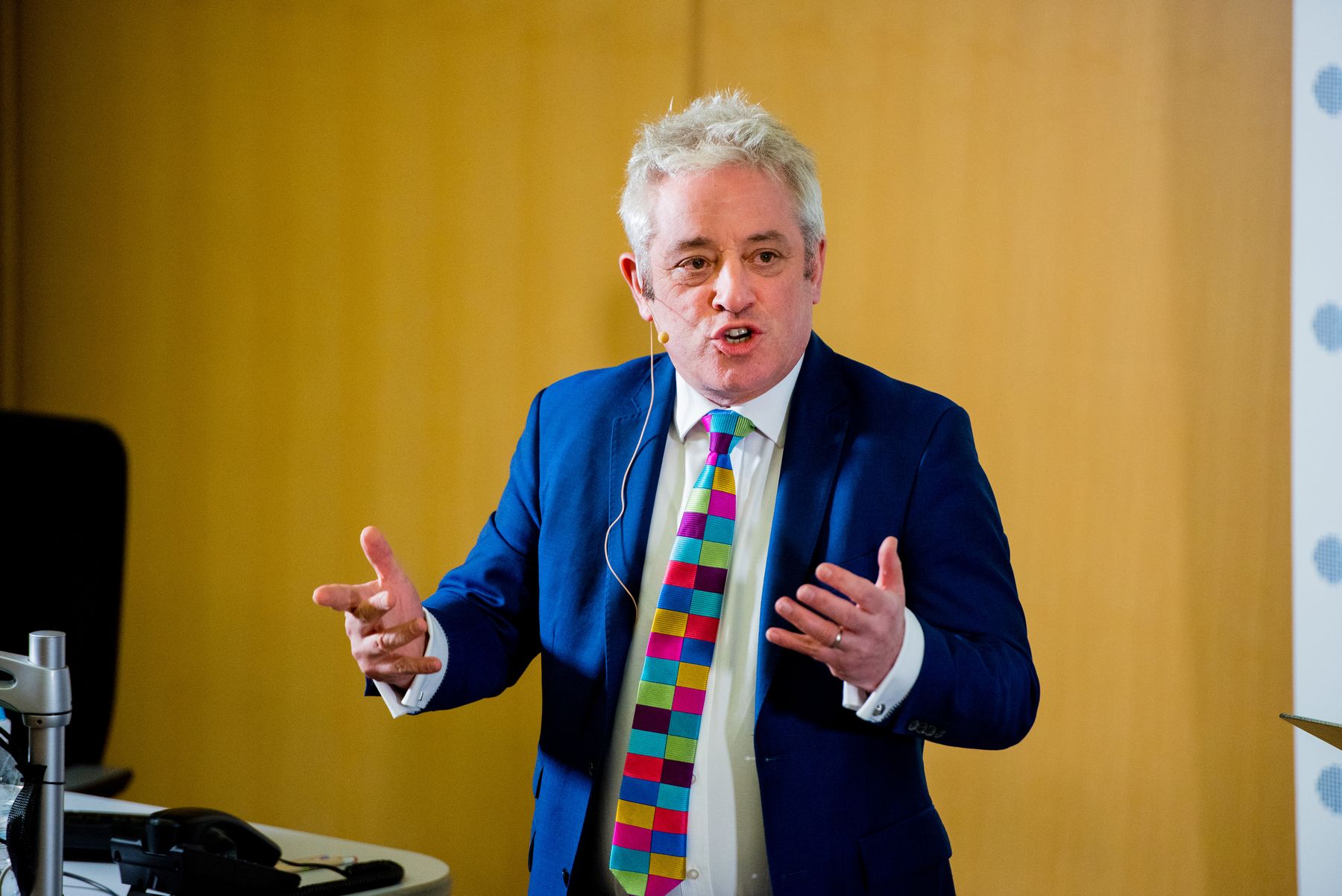 Speaker of the House of Commons John Bercow

More than 500 research papers were presented at the three-day conference, along with nearly 300 panel discussions, dealing with contemporary issues ranging from cutting-edge research on Brexit - what it means and what its impact on Britain, Europe and beyond will be; the proliferation of nuclear weapons; and climate change.

The conference also offered a platform for politicians and other practitioners to take part in debates and access research which will inform public and private sector policies locally, nationally and internationally.

In his keynote address, The Rt Hon John Bercow MP discussed why he considers the role of Parliament and parliamentary democratic processes as so important and the need for Parliament to communicate effectively externally to ensure the continued growth of public engagement. Although there is much turbulence in the political landscape, debates over Brexit had, he said, renewed interest in parliamentary processes. “Wherever you go, whether it be down the pub, at the dinner table, standing at the school gate or in conversation with colleagues by the water cooler, there is no doubt people are talking about Brexit, politics and Parliament.” But importantly, he asserted that these debates also highlight the need for Parliament to keep up with technological changes and consider how best to conduct Parliamentary business.

The BBC’s editorial director, Kamal Ahmed, held a question and answer session at the conference dinner, providing his insights on the challenges and responses facing the media in how to best to communicate information from around the world.

The event was attended by distinguished academics within political science, including renowned feminist scholar and activist, Professor Cynthia Enloe, who presented a plenary lecture titled Boys don’t always have to be boys: The Local and Global Politics of Exposing and Challenging Patriarchal Impunity.

Discussing approaches to challenge patriarchal systems and behaviours, Professor Cynthia Enloe made a powerful argument for scholars to push back on responses that question whether a research topic is ‘doable’. She gave powerful case studies as examples of how “Feminist activists and researchers are working to hold accountable local and international perpetrators and enablers of all forms of gendered harassment and violence.” Demonstrating that the institutional and cultural politics of 'boys will be boys' can be both challenged and transformed.

Dr Rose Gann, Head of Politics and International Relations at NTU’s School of Social Sciences, said: “It was a great privilege to host an event with so many exciting and inspirational speakers. Being part of such a large collection of leading, contemporary research in one place created a great buzz. The energy and enthusiasm from this event will continue to feed into the Department for some time to come. I am very grateful for all the hard work of colleagues in the Department, as well as our student conference assistants and staff and trustees from the Political Studies Association of the UK – who worked together to make this conference such a success.”

NTU hosts political debate with experts from across the world