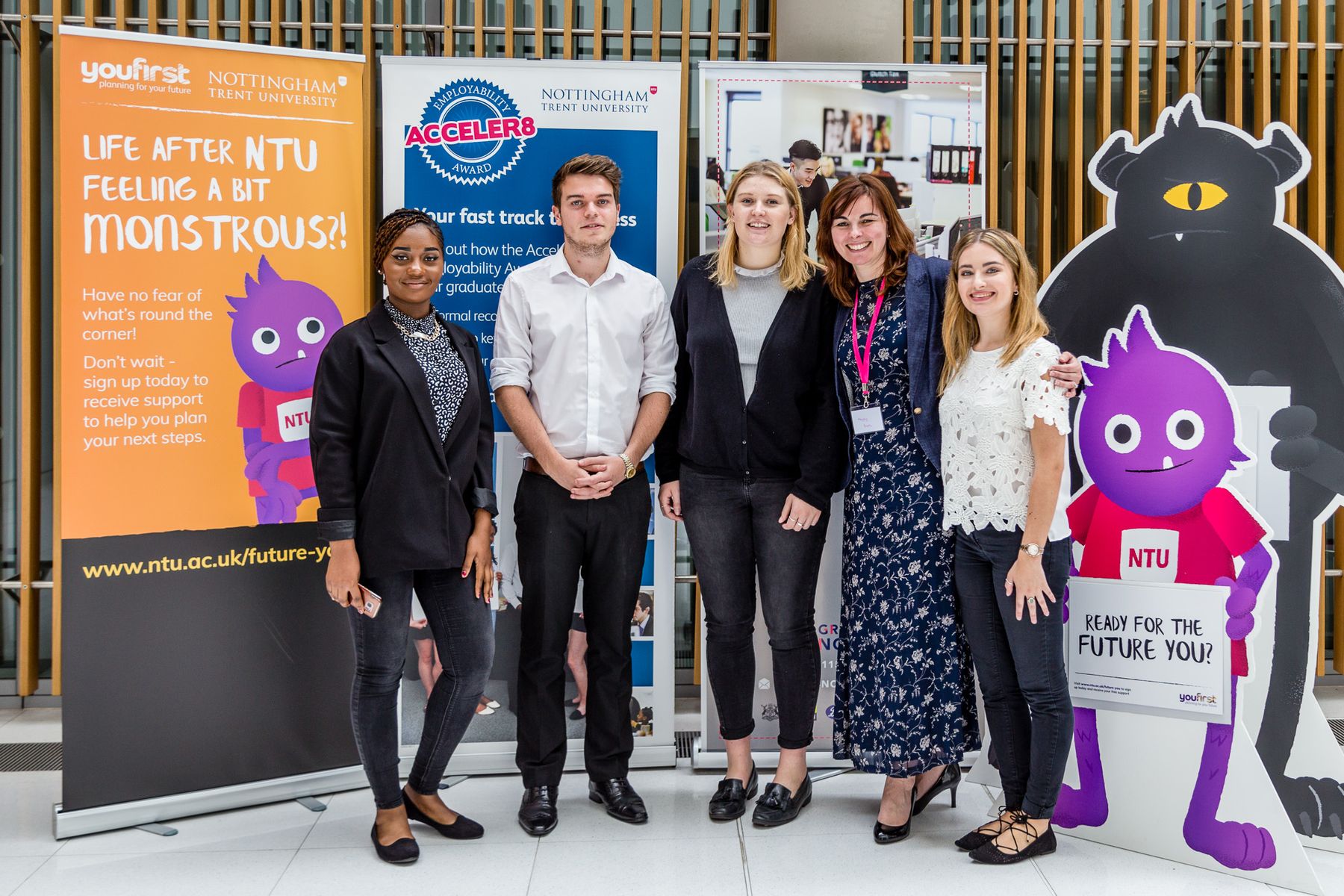 Running from 10 - 21 June, the Grads4Nottm initiative aims to boost graduate retention by raising awareness of the range of businesses and types of jobs available in the area. It also gives local employers the opportunity to showcase their organisations to students and connect them with the pool of talent at NTU.

This year the scheme is celebrating its fifth anniversary – having seen 439 students work on 169  challenges within 136 Nottingham businesses since its inception.

For 2019, Grads4Nottm will have a ‘creator’ focus, meaning that this year’s challenges will all have an element of creative-thinking and the students will work primarily with creative businesses. Challenges are advertised anonymously, taking away any brand bias and putting all employers on an even playing field. Students and graduates from all courses are then matched to challenges that are best suited to their skills.

Organisations taking part include the NHS, Boots and Refinitiv, along with SMEs such as Print 4, Hickman & James and Studio Seventeen.

The students will work on their challenges at the various businesses across Nottingham before coming together at the University to celebrate their achievements.

Lucy Moore, Nottingham Trent University Business Services Consultant said: “Grads4Nottm is widely recognised by everyone who takes part as a valuable scheme. It brings employers of all sizes and industries together with students of all backgrounds and supports keeping local talent in Nottingham. We have a growing and diverse small to medium enterprise (SME) network in Nottingham, which is recognised as the largest recruiter of graduate talent in the region. Despite this, many students may not have thought about joining an SME when they graduate, and this project can help them to see the potential benefits of working for a smaller business.”

Commenting on last year’s projects, Steph Gibbs, manager of The Bead Shop in Nottingham city centre, said: “Students were really competent and full of enthusiasm. They took feedback and guidance on board and have left us with valuable work that we’ll be able to use in the future.”

Nick Wright, Director at Esper HQ, added: “‘We were very impressed with the Grads4Nottm project. We were extremely happy with the focus, insights and direction provided from all graduates working with us and were delighted to offer a permanent position to one of the graduates at the conclusion of the scheme.”