With summer holiday season nearly here; many families will have already booked their break away. However, latest research shows a holiday is an unaffordable luxury for many hard working families, and that missing out is having a negative impact on mental well-being. 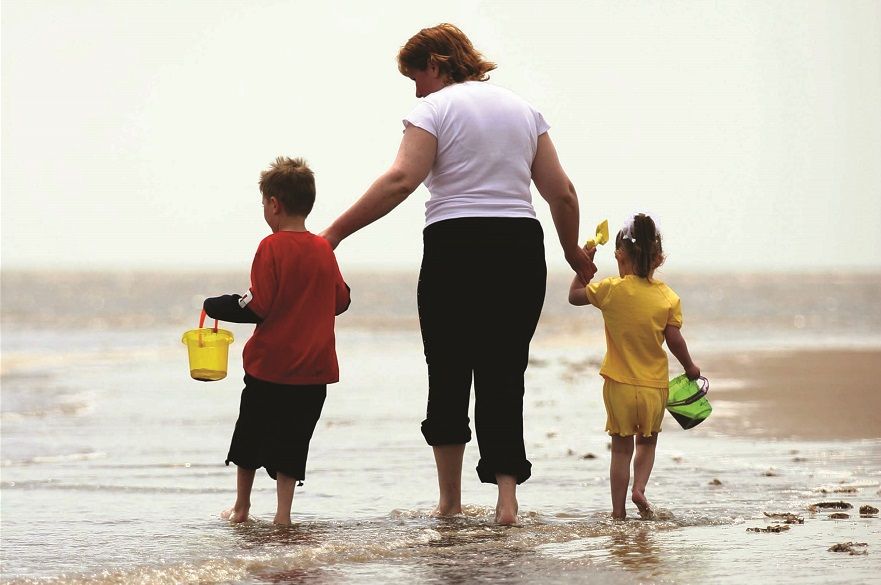 Research published today (18/6) by Nottingham Civic Exchange (NCE) on behalf of the Family Holiday Association shows that ordinary working families – those where household income is between £12,000 - £34,000 a-year after tax and benefits – are struggling to cover the costs of a family break.

Many have to juggle annual leave to meet caring responsibilities and are therefore being unable to spend time together.

Parents also feel there is a limited time in which to form childhood memories. This creates a ‘ticking clock’ for parents who are unable to provide holidays for their children with feelings of guilt and shame weighing heavy on parents’ minds.

The report’s authors call for the government to launch an independent commission to investigate how to better enable ordinary working families to participate in tourism and make access to a holiday a social right.

What NCE’s research tells us is that being able to get a break is also a challenge for an even larger group of families. What is concerning is the negative impact this is having on our country’s mental well-being.”

Martin Realey, CEO of the Family Holiday Association, said: “Our charity works with families on a low income who are struggling with some of the toughest challenges life can bring. We know how a simple break from a stressful situation can create precious memories, strengthen bonds and develop a new sense of optimism. What NCE’s research tells us is that being able to get a break is also a challenge for an even larger group of families. What is concerning is the negative impact this is having on our country’s mental wellbeing.”

While the research concludes that holidays have a notable positive impact on mental wellbeing and, conversely, not being able to take breaks had a negative impact, it finds nearly a quarter of those interviewed hardly ever took a break.

Furthermore, 70% felt they got away less than other people they knew and spoke of the guilt they felt about not being able to afford to take their children away.

Some of our families were combining trips with wider caring responsibilities, others classified a break as even just one night away from home, work and daily routines. The challenges of costs, including saving up for a holiday and time away from work, was a source of worry for many.

Dr Paula Black, Director of Nottingham Civic Exchange, said: “Participants in this study expressed strong feelings that they were more disadvantaged in terms of holidays and breaks than those they compared themselves to.

“While most of the participants had been away for a break within the past year, the interviews revealed breaks are not all that they seem. Some of our families were combining trips with wider caring responsibilities, others classified a break as even just one night away from home, work and daily routines. The challenges of costs, including saving up for a holiday and time away from work, was a source of worry for many.”

The report, called The Value of Breaks for Ordinary Working Families: an exploratory study, is being launched today (18/6/19), at a roundtable event supported by the Caravan and Motorhome Club, of policymakers, the tourism industry and support agencies.

It also calls for further research to investigate the potential for breaks to improve the lives of struggling families, which in turn could help reduce the demand on stretched social services.

The research is based on interviews with ordinary working families – a section of the population NCE has been researching since its launch two years ago. The place-based think tank at Nottingham Trent University is looking at how government policy is affecting the ‘squeezed middle’ and finding what policy recommendations families themselves suggest would help.

Reasons given by families for not being able to take a break include having caring responsibilities outside of childcare, such as looking after elderly or sick relatives. The cost of out of peak holiday travel and sanctions imposed on parents for ‘unauthorised absences’ during term time are also given as prohibiting factors.

Peter Long, President of the Family Holiday Association said: “Our own research shows that the impacts of a break can be far-reaching; from improvements in mental health and reduced isolation to increased school attendance and job-seeking behaviour. We call for more research to better understand the potential savings this simple intervention could have on our stretched support services.

“Our work with VisitScotland on the ScotSpirit Breaks initiative show what can be achieved when government, industry and charities work together with a shared vision. We welcome the recommendation of an Independent Commission to look at this to better understand the potential for increasing access to tourism in Britain today and funding mechanisms to achieve this.

“At the Family Holiday Association, we hear every day of the difference that a break or day out can make: new experiences, hope for the future, lives transformed. We surely must do all we can so that every child has holiday memories that will last a lifetime.”

Harvey Alexander, Director of Marketing at the Caravan and Motorhome Club who are supporting the roundtable event said: “We know how much our members benefit from spending holidays with their families, something that is backed up by this research. We are delighted to be partnering with the Family Holiday Association to help more struggling families get a break and the chance to spend precious time together.”