Lecturer shortlisted for Most Innovative Teacher of the Year 2019

A forensic science lecturer from Nottingham Trent University (NTU) has been shortlisted for a national teaching award. 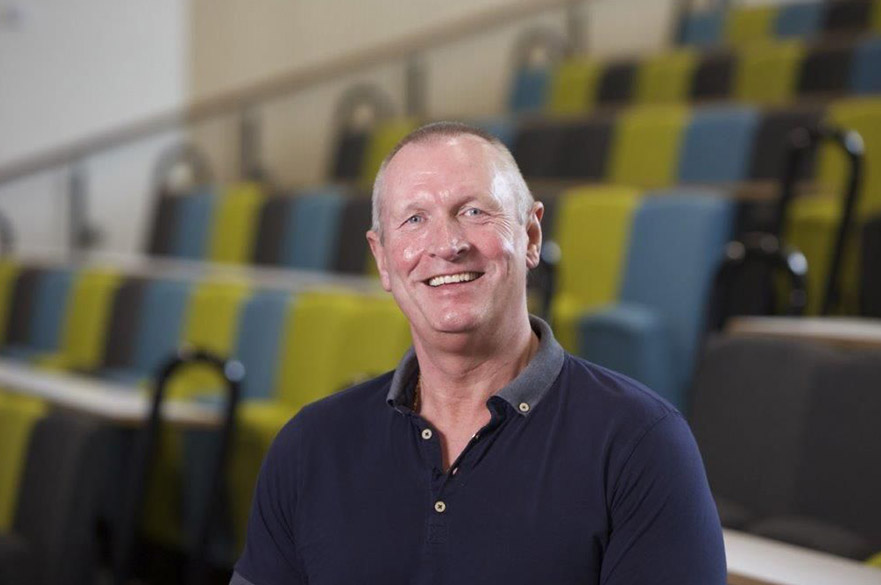 Andy O’Hagan, who teaches in the School of Science and Technology, has been shortlisted in The Times Higher Education (THE) Awards 2019 in the Most Innovative Teacher of the Year category.

The award recognises staff whose imagination and passion have transformed a course and inspired students.

Andy, who has been working at NTU since 2010, uses inventive and hands-on teaching methods to bring his lectures to life and inspire students.

Andy currently teaches on NTU’s BSc (Hons) Forensic Science course and was also heavily involved in the creation of the University’s policing degree.

Before coming to NTU, he gained 31 years of policing experience, working his way up to the role of detective sergeant on the Nottinghamshire Police Serious and Organised Crime Unit. He also worked undercover in covert policing in the UK, the Netherlands, and Poland.

Alongside his teaching, Andy is an international drug trafficking expert, regularly provides evidence for the courts, and gives talks in the Netherlands, something that develops his expertise and allows him to bring real-life experience to his teaching.

Andy has won the student led Student Union award for Outstanding Teaching Staff for the last six years, and been awarded the Vice Chancellor’s Teaching Award, both of which recognise and celebrate inspirational teaching at NTU.

Andy, who is delighted to have been shortlisted, said: “I feel very blessed to be in a position to actually give something to our young students in the form of my experience and knowledge from my years of policing.

“Being nominated for this award is such an honour which reflects the fantastic students at NTU.”

“He has been seen to go above and beyond for his students, often supplying additional learning resources, offering industry advice to students who need it, and undoubtedly his love for his subject really shines through on his teaching.”

The winner will be announced at the THE Awards ceremony at the Grosvenor House Hotel in London in November.

The awards cover a range of categories covering all university activity and recognise excellence in both academic and across professional services.

Speaking about the awards, THE editor John Gill said: “The THE Awards hold a place in the hearts of many in UK higher education and have now been a fixture in its calendar for well over a decade.

“With 23 categories this year, we’re showcasing more exceptional stories than ever before, and it’s a real honour for us to shine a spotlight on all those who have made it as far as these shortlists- their stories deserve much wider circulation.”

Lecturer shortlisted for Most Innovative Teacher of the Year 2019