T-Shirts used as mobile phones sounds like the stuff of science fiction. But a research project led by Nottingham Trent University could turn such future-gazing tech into reality. 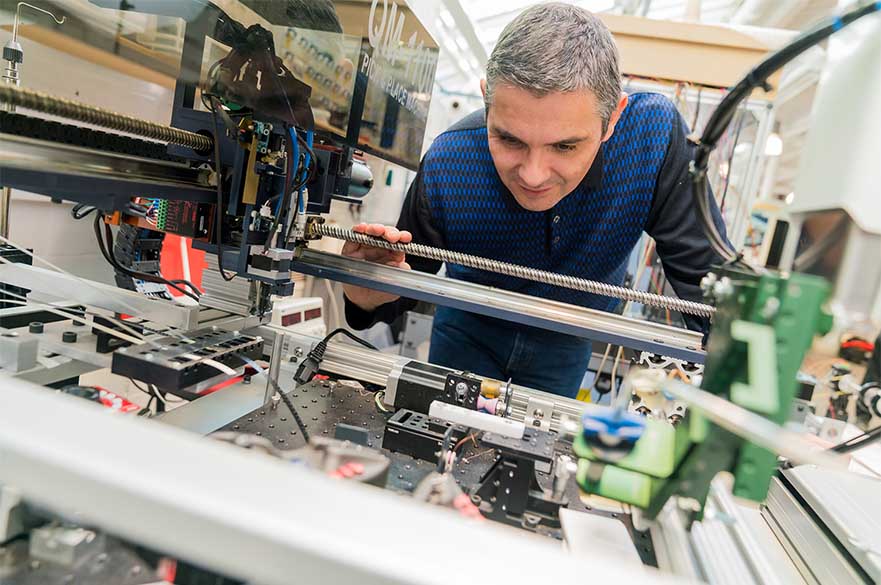 T-Shirts used as mobile phones sounds like the stuff of science fiction.

But a research project led by Nottingham Trent University could turn such future-gazing tech into reality.

The university’s Advanced Textiles Research Group (ATRG) has been given £1.3m to advance the technology that will pave the way towards the world’s first wearable computer.

The project aims to create a manufacturing process to enable complex electronic circuitry to be embedded into yarns on an industrial scale.

The research group – which has already pioneered technologies such as clothes embedded with solar cells to charge mobile phones – will develop the process for creating electronic yarns – or E-yarns - over the next three years.

Professor Tilak Dias, who leads the ATRG, in the university’s School of Art & Design, said: “This project will allow us to take a quantum leap towards seeing wearable E-textiles on the open market.

“Complex E-yarns circuitry – which is undetectable to the wearer – will allow for the development of wearable electronics as sophisticated as computers.

“It could literally mean that in the future your T-Shirt or jacket could be used as a mobile phone, with your collar being used to speak in to.

“But to the naked eye, it would appear like any other item of clothing, and none of the technology would be felt by the wearer.

“The garments would also be fully washable and wearable, like any other form of clothing.

“But embedded into the yarn of the fabrics would be high-tech electronics which can monitor your heart rate, your blood-oxygen levels, be used as a communications device, and more.”

The grant was awarded by the Engineering and Physical Sciences Research Council (EPSRC), and is the largest grant from the council currently held by a school of art and design.

Co-investigator Dr Theodore Hughes-Riley added said: “For years we have developed a range of high-quality working concepts, but this project will enable us to take our research from prototypes to the production line.

“It will enable private companies, for the first time, to consider the realistic prospect of manufacturing these electronic-textiles en masse which have the potential to change people’s lives.”

Senior Lecturer Will Hurley, who is also a co-investigator on the project, said: “E-yarns have the potential to revolutionise the textiles industry and the industries that use textiles.

“They could be used in multiple sectors, including medical, defence, aerospace, performance sports, automotive and fashion.

“Developing this technology would provide the UK with an important competitive advantage in what we expect will become a global market.

“Though there will be many more steps to take, this project is a significant development which will play a huge part in turning science fiction into reality.”