Nottingham Trent University is working with King’s College London, The Behavioural Insight Team and experts across the sector to developing best practises to share with universities on how to improve social mobility. 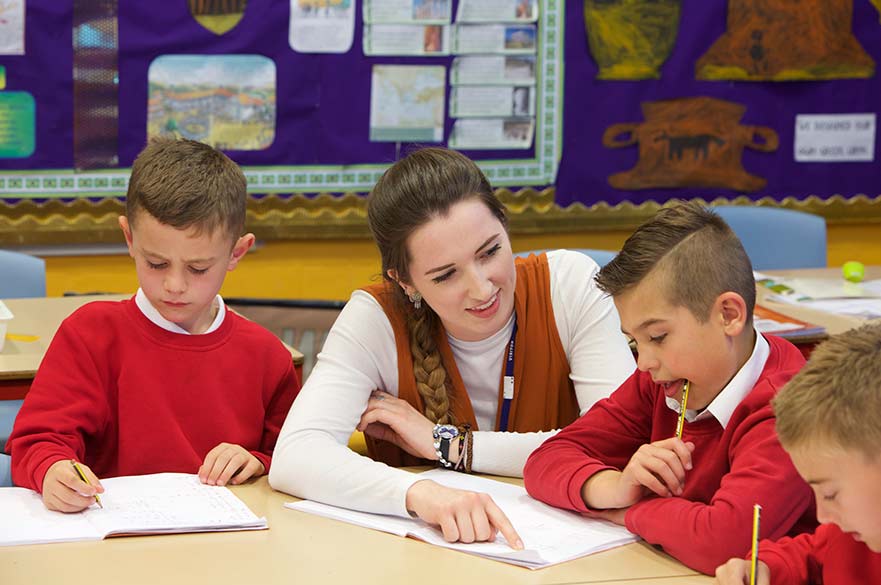 NTU is among the UK’s top five recruiters of students from disadvantaged backgrounds.

TASO, (Transforming Access and Student Outcomes in Higher Education) was created last year to build an evidence-based understanding of ‘what works’ to facilitate the access and success of students from underrepresented groups to higher education.  Nottingham Trent University is working with King’s College London, The Behavioural Insight Team and experts across the sector to developing best practises to share with universities on how to improve social mobility.

The new research, undertaken by Education Policy Institute and commissioned by TASO, shows there is not enough evidence to identify which widening participation interventions work best.

The report analyses 92 studies that look at the impact of activities designed to boost the enrolment of disadvantaged or underrepresented students.

It highlights that the gap in university access between poorer and more affluent students remains stark, despite universities increasing the money they invest in social mobility support, totalling around £250m a year. Students from the most affluent areas are more than twice as likely to enter higher education than those in the most deprived areas.

“While the higher education sector has made gains in reaching out to students from disadvantaged backgrounds over the last decade, there are still huge gaps in our knowledge of which interventions work best”  commented David Robinson, Director of Post-16 and Skills at the Education Policy Institute (EPI) and author of the report. He went on to say, “This report shows that most widening access programmes typically report success in raising poorer students’ aspirations, but there is still little consensus on which interventions are most likely to boost actual student enrolment numbers”.

Many approaches produce positive but modest effects on disadvantaged students’ understanding of and attitudes towards higher education, as well as their life aspirations. The report looked at a number of different interventions including, student financial aid, mentoring and counselling and summer schools.

Programmes that combine several different approaches to support students are the most evaluated intervention. Research suggests that they lead to considerable increases in outcomes, largely for student aspirations. However, conclusions cannot be drawn on their effectiveness as it is difficult to disentangle the individual components of these programmes.

The report makes an urgent call for evidence to be gathered on interventions that do work and it also recommends that the government do more to facilitate the tracking of students who have been involved in social mobility programmes.

David Woolley, Director of Student and Community Engagement at Nottingham Trent University and Chair of TASO Establishment Steering Group said: “Given the millions spent, why haven’t we made faster progress on WP? This report goes some way to answering that question. The evidence, on which interventions work, doesn’t exist. This is especially true when it comes to the impact of outreach activities on enrolment rates for disadvantaged students. It’s time for the sector to take urgent action.”

Nottingham Trent’s evidence-based approach to social mobility was recognised in October, when the university was named University of the Year at the Social Mobility Awards.

NTU is among the UK’s top five recruiters of students from disadvantaged backgrounds. The university’s outreach work includes facilitating more than 700 activities each year, placing around 300 NTU undergraduates in local schools, working with 30,000 pupils and matching 1,000 volunteers to a range of community projects. Research at NTU has shown a strong association between participation in outreach and higher rates of attainment and progression to higher education than would normally be expected.

The university has a strong data-led approach, including its award winning student dashboard, which monitors student engagement and notifies a student’s tutor if intervention is needed.

Following this report, TASO is now commissioning more research to address the existing gaps in evidence. NTU will continue to contribute to the leadership of TASO during this next phase including through Mike Kerrigan, Strategic Data and Intelligence Manager at NTU, who is chair of one of the research theme working groups.

The university has been rated Gold in the Government’s Teaching Excellence Framework – the highest ranking available.

It is one of the largest UK universities. With nearly 32,000 students and more than 4,000 staff located across four campuses, the University contributes £900m to the UK economy every year. With an international student population of more than 3,000 from around 100 countries, the University prides itself on its global outlook

The university is passionate about creating opportunities and its extensive outreach programme is designed to enable NTU to be a vehicle for social mobility. NTU is among the UK’s top five recruiters of students from disadvantaged backgrounds and was awarded University of the Year in the UK Social Mobility Awards 2019. A total of 82% of its graduates go on to graduate entry employment or graduate entry education or training within six months of leaving. Student satisfaction is high: NTU achieved an 87% satisfaction score in the 2019 National Student Survey.

NTU is also one of the UK’s most environmentally friendly universities, containing some of the sector’s most inspiring and efficient award-winning buildings.

NTU is home to world-class research, and won The Queen’s Anniversary Prize in 2015 – the highest national honour for a UK university. It recognised the University’s pioneering projects to improve weapons and explosives detection in luggage; enable safer production of powdered infant formula; and combat food fraud