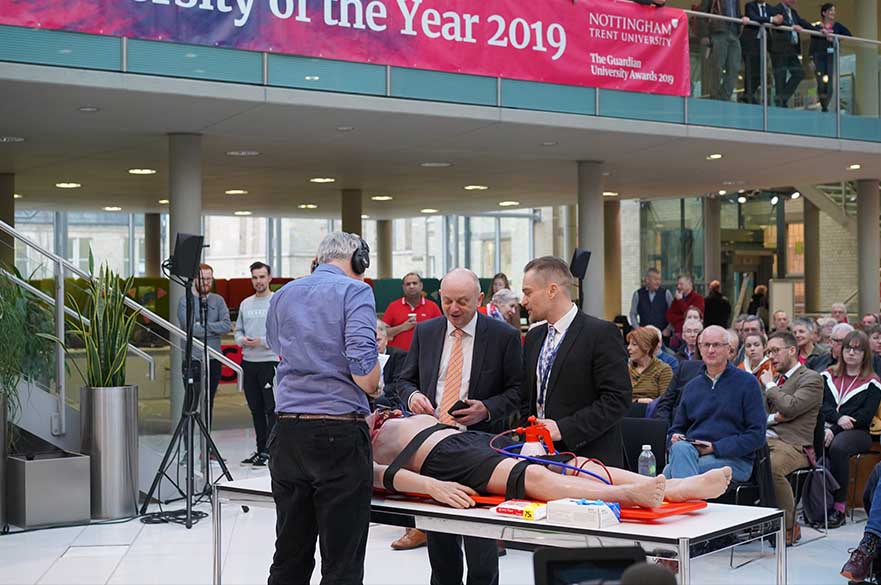 The ‘Puzzle For Today’, a staple for fans of the show, was set by NTU’s Dr James Hind, a Lecturer in Statistics in the School of Science and Technology, and featured local Nottingham hero Robin Hood. 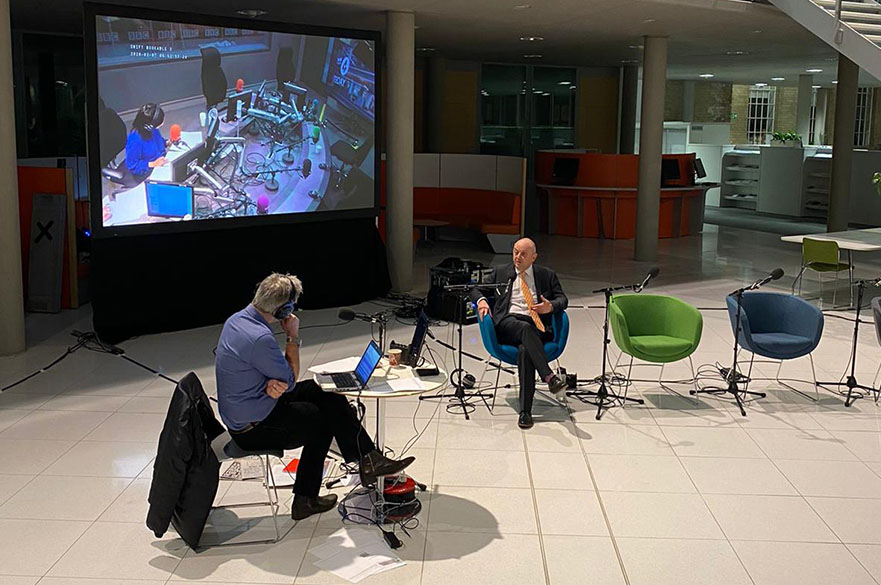 NTU’s Vice-Chancellor, Professor Edward Peck, discussed the University’s serious commitment to the Nottinghamshire community with presenter Justin Webb. He spoke about the important role universities have in supporting further education to provide the skills that businesses need.

Professor Peck went on to talk about NTU’s partnership with Vision West Nottinghamshire College (VWNC), which will see NTU’s higher education provision delivered from the College’s main campus in Mansfield.

Professor Edward Peck, said: “It was an honour to have BBC Radio 4’s Today Programme broadcast from the heart of our university. It is a great opportunity to showcase our commitment to enriching society and the real-world impact of our research.” 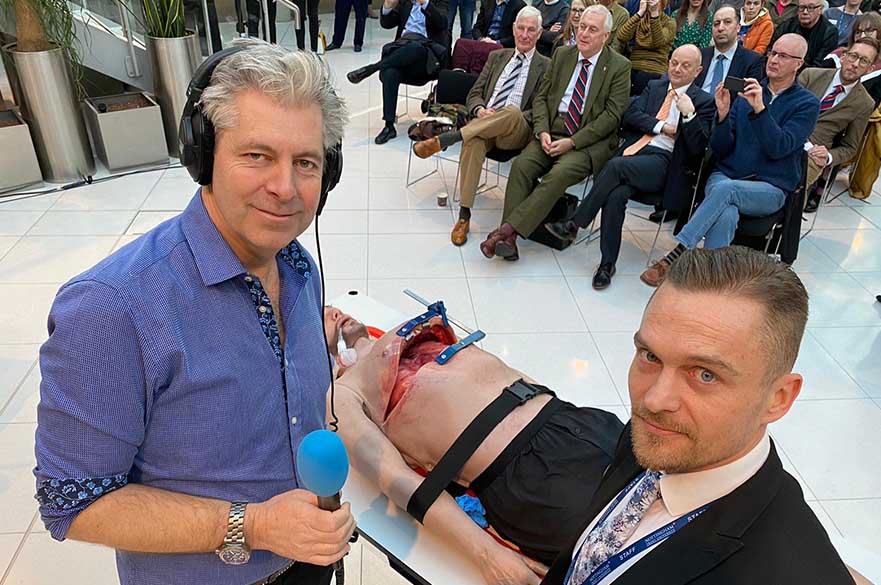 Richard Arm, researcher at NTU’s School of Art & Design, showcased the lifelike human body he has developed with industry partners.  The model, which is made from silicone gels and fibres, replicates the tactile qualities of living organs by varying in hardness – such as around a heart's blood vessels – to give a realistic feel. Richard went on to explain to Justin how important it is that the bodies are realistic, to help prepare trainee surgeons for the mental and physical experience of operating on patients.

The broadcast is available to listen to on the BBC sounds website until March 7th.

The university has been rated Gold in the Government’s Teaching Excellence Framework – the highest ranking available.

It is one of the largest UK universities. With nearly 32,000 students and more than 4,000 staff located across four campuses, the University contributes £900m to the UK economy every year. With an international student population of more than 3,000 from around 100 countries, the University prides itself on its global outlook

The university is passionate about creating opportunities and its extensive outreach programme is designed to enable NTU to be a vehicle for social mobility. NTU is among the UK’s top five recruiters of students from disadvantaged backgrounds and was awarded University of the Year in the UK Social Mobility Awards 2019. A total of 82% of its graduates go on to graduate entry employment or graduate entry education or training within six months of leaving. Student satisfaction is high: NTU achieved an 87% satisfaction score in the 2019 National Student Survey.

NTU is also one of the UK’s most environmentally friendly universities, containing some of the sector’s most inspiring and efficient award-winning buildings.

NTU is home to world-class research, and won The Queen’s Anniversary Prize in 2015 – the highest national honour for a UK university. It recognised the University’s pioneering projects to improve weapons and explosives detection in luggage; enable safer production of powdered infant formula; and combat food fraud.