Trent Tigers follow a work hard play hard ethic with a fun and friendly training environment. We also spend time recreationally together with weekly socials, going abroad on tour in our second term and other various activities throughout the year. The Trent Tigers welcome new and willing members every year, from complete beginners wanting to try a new sport to those with lots of experience. 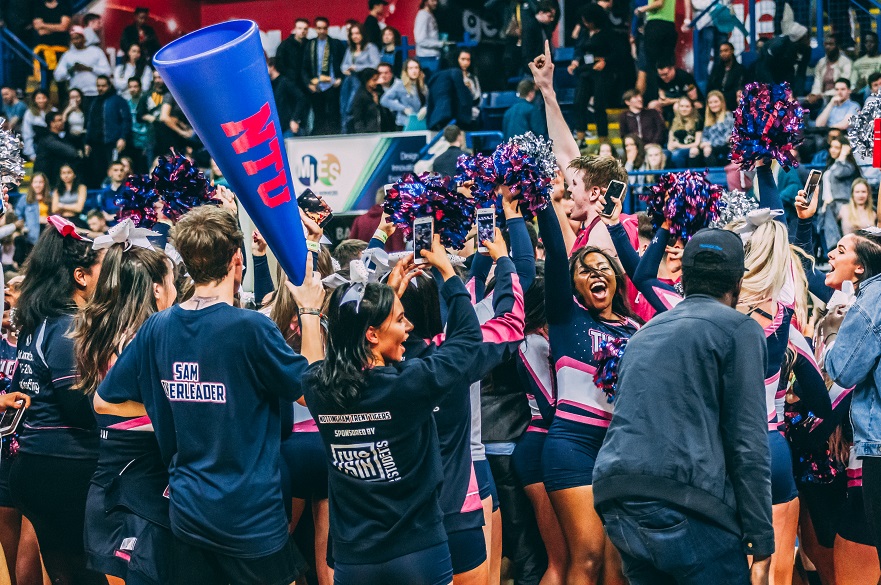 One of the largest clubs at NTU, accommodating just under 300 athletes. Trent Tigers welcome new members each year. From beginner, who haven't cheered before, to those who hold a lot of experience. Tigers have been very successful, gaining multiple trophies and titles. The club is made up of 8 squads. We have 5 competition teams and 3 varsity teams. Our competition teams range from Level 1-3 alongside our non-tumble teams.

Level 3 – 3 x National champions at ICC nationals 2014-16, 2 x Grand champions in 2014-15 & 2017.  3 x National champions in 2018. And in 2019 National Champions at ICC Nationals.
Level 2 – Level 2 debuted in 2017, winning 2nd place at ICC and Legacy. X3 third places in 2018. In 2019 Level 2 were National Champions at Future Cheer and BCA and 2nd place at ICC Nationals.
Level 1 – Level 1 debuted in 2018, they achieved the title of National Champions at their first competition and hit 0 deductions at all of their later competitions. In 2019 they have continued to hit at all their competitions, which is one of the largest categories in University Cheer.
Pom – Our Pom team was also new in 2018 displaying a brilliant routine and amazing results at each competition.
Varsity Squad A – Take part in the annual varsity series performing at large sporting events in Nottingham, from Ice Hockey, Rugby and Basketball.
Varsity Squad B – Also take part in the annual varsity series and perform at many sporting events in Nottingham, including Football and Cricket and Futsal.
Performance – Support numerous charities and external events by performing at various events and games throughout the year.

Each team trains twice a week on a Monday, Wednesday or Sunday that take place at both City and Clifton campuses as well as the EMCA gym.

Within the first term our members purchase; training top, bow and jumper.

For those who have joined, they will need to purchase our dress and shorts as well.

All information about kit and payments is in our tryout packs, if you require any more information please don’t hesitate to contact us on any of our social media sites.

Cost to join the club this year will be £130. Memberships purchased at any point during the academic year are only valid until the end of term 3.