The NTU Renegades are always looking for new players to join our ever-growing roster, whether you’re an experienced junior player or newcomer to the sport. We welcome everyone to come and give American Football a go and learn how great the game is. 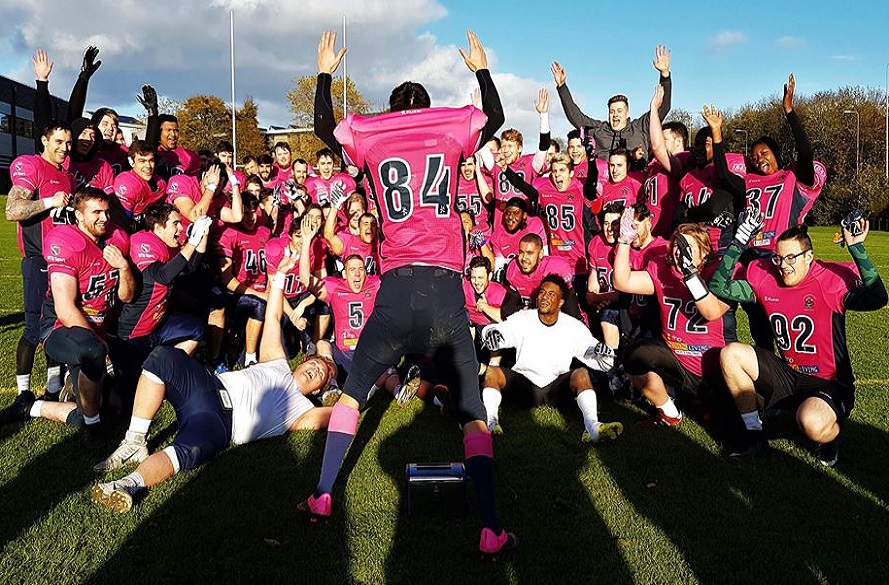 Your NTU Renegades are not only one of the strongest sides in Trent but one of the best American Football teams in the country. Whether you have years of experience in Brit Ball or just fancy trying something new, we are always looking for new members to join the Renegades family. Whatever your size, skill set or ability there will always be a warm welcome.

The NTU Renegades have produced an incredibly high quality of players, with a past player being the first Brit to make it to the Canadian Football League draft as well as many playing professionally across Europe. So, come and join us to be a part of the success and history of the NTU Renegades.

Our President this year is Defensive End and Fullback Ben Pugh. Ben is now moving into his 3rd year and studying Business Management and Marketing. He has played the sport for 3 years in both offensive and defensive positions for the university and his local team South Wales Warriors. Ben first fell in love with American Football watching the NFL on TV and has been hooked on it ever since.

His favourite part of the club is sense of community that it comes with, he says you become a part of a family with nearly 100 players, multiple coaches and a group that will support you both on and off the field.

The NTU Renegades are in division 1 in the BUCS American Football league. 2019 Northern championship finalists and Division 1 Northern Champions 2016.

The best time to join the Renegades is at the start of the first term as our season starts early in November time, the joining fee is £140 for the year.

Most equipment is supplied by the team which your club fee would cover, however we do ask that you bring your own boots and gumshield.