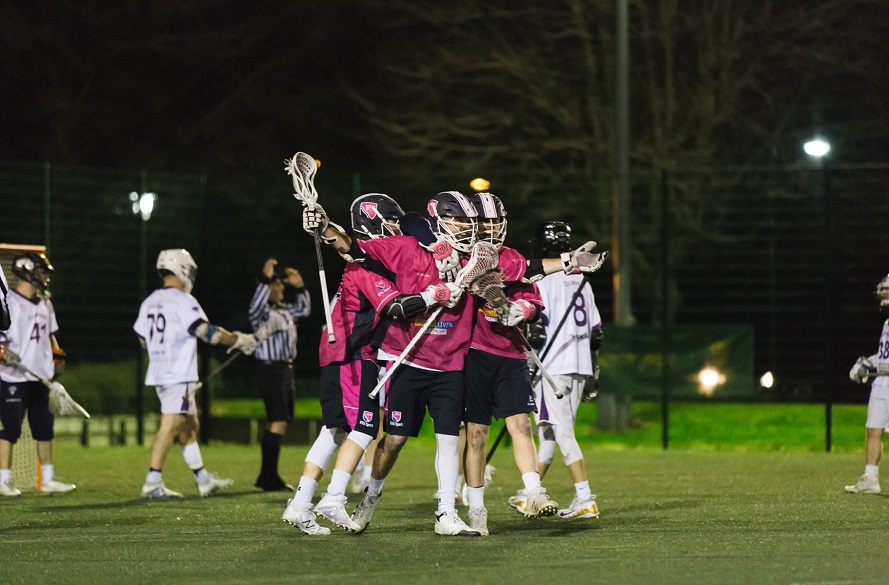 Credit: BUCS
Performance Lacrosse
Welcome to the Men’s Lacrosse Club, one of the leading sports at NTU. Experience training twice a week by a qualified experienced coach no matter what level you play at.

We train and play at the 3G pitch based at Clifton Campus and run a number of social events during the year. Our Men’s, Women’s programmes work together on charity fundraisers and community projects throughout the year.

We have multiple teams on both the Men’s and Women’s side of the club, including Development squads for complete beginners looking to get into the sport during their time at university.

We focus on both high performance and participation, so whether you are looking to play sport to a high standard or be a part of one of the biggest social societies at Trent, NTU Lacrosse has something for everyone.

Our Head Coach is Sam Patterson who is currently an assistant coach for the England Senior Men’s National Team and development coach for England Lacrosse’s National Talent Pathway. As a player Sam represented England in four senior World Championships and three European Championships.

The Performance BUCS squad train twice a week, on a Monday and Tuesday’s they also have two strength and conditioning sessions run by Sport981 twice weekly. The 2nd team and development team practice Sunday’s and Tuesday’s.

We run taster sessions for both men and women during Welcome Week at the start of the academic year. Sign up is not required, so please feel free to come along.

Membership fees are £130. Memberships purchased at any point during the academic year are only valid until the end of term 3.

All players who represent the club in BUCS will need to buy playing shirt, shorts when they join (the cost of the shirt is subsidised by the department), which will then be theirs to keep. Lacrosse equipment will be loaned from the club for a period of a season (£20 deposit).

These items are all purchasable from Lee Westwood Sports Centre on Clifton Campus.

We offer bursaries for talented lacrosse players. We welcome applications from all players, which will then be assessed for suitability for a scholarship award.  Further details on scholarships, including the application form, are available here.