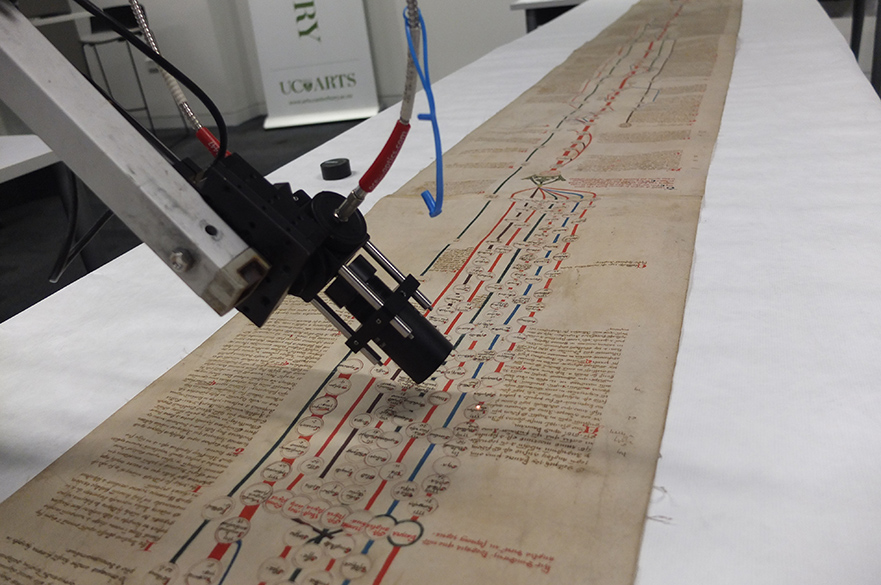 History is situated within the School of Arts and Humanities and engages in research across wide chronological and geographical spans, from the eleventh to twentieth centuries. Particular research strengths include:

Across this breadth of research interest, our team focus on debates relating to Social and Cultural History; Memory; Identity; Race; Gender and Sexuality; and well as Political and Military History. Our staff employ a variety of analytical and linguistic skills to engage in archival research, textual and material analysis to produce a range of outputs from scholarly articles and monographs to public-facing publications (e.g. East Midlands History) and online articles (The Conversation, History Today,BBC History etc.). They are involved in a variety of partnerships and outreach activities and have a strong social media presence. Research synergies within the team are captured though the activities of two centres: The Centre for the Study of Religion and Conflict, and the Centre for Public History, Heritage and Memory, and across the wider university by links to research strands such as Global Heritage.

The Centre for Public History, Heritage and Memory provides a lively hub for researchers, teachers, practitioners and the public in the connected areas of identity; representation and memorialisation; internationally significant, community-driven and regional history; and museum and heritage management. It explores the cultural significance of the past, challenging current interpretations, exploring points of tension and engaging with the processes of representing History from a variety of perspectives to meet the needs of a range of communities.

The Centre for the Study of Religion and Conflict has been established in order to increase understanding of the origins, ideology, implementation, impact and historiography of religion and conflict in the medieval and early modern periods: not just in terms of military engagements but also the social, political, cultural and economic conflicts that were impacted, exacerbated by, or resolved through religious activities and ideologies.

The following Research Projects are linked to this Subject Area:

The following Impact Case Studies from REF 2014 are linked to this Subject Area:

The History team work in collaboration with a variety of institutions and organisations on a variety of research-based projects, some of which involve members of the postgraduate cohort: PhD students and MA students from History and Museum and Heritage Management. These include but are not limited to:

This list reflects research staff in History only. Our centres are interdisciplinary and so there are more staff attached to other units such as those in Heritage and Languages who work collaboratively with us on projects relating to History. See centre pages for more detail.

This is a list of current or recently completed doctoral students studying History at NTU or co-supervised by History staff across NTU and the Midlands 4 Cities doctoral training partnership.

Applications are open between October and January each year.