NTU Men’s Basketball is one of the largest and most highly respected clubs at Nottingham Trent University, 160 trialists last year competed for spots on our three teams of between 12 and 15 players, unbelievable talent across all teams who pride themselves in being pink. 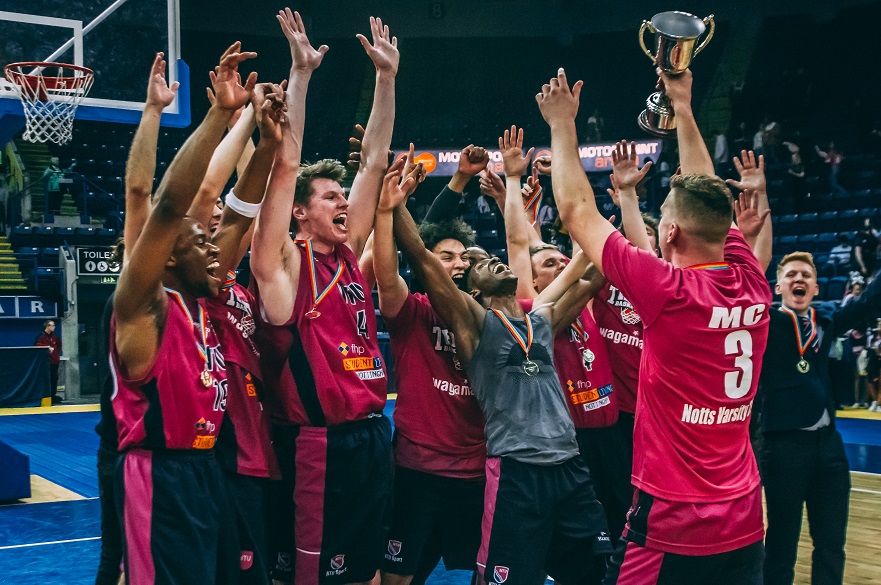 NTU Men’s Basketball is one of the largest and most highly respected clubs at Nottingham Trent University, with over 300 trialists last year who competed for spots on our three BUCS teams, Local League team and development team.

NTU Men's Basketball has unbelievable talent across all teams who pride themselves having consistently won one of the biggest events in Varsity  against University of Nottingham over the last 5 years.

We are also proud in being able to involve individuals internationally and facilitating to everyone's journey's through Nottingham Trent Basketball.

“Every season is a journey. Every journey is a lifetime”

Training sessions take place at both City campus and Clifton campus. They are inclusive with team basketballs provided and open to trialists who make the squad or current team players.

We have three clubs that compete at BUCS level every Wednesday in games up and down the country.

The annual joining fee is £125. Please contact us to find out more about how to join.

I have been at Nottingham Trent University for the past 3 years and Men's Basketball has made that 3 years the best time fo my university journey. from my first year as a Fresher being welcomed in by everyone with open arms to my second year having met many people through this. I started from being the Social and Wellbeing officer in Second year having to organise social events for everyone within the club to looking after everyones mental well-being to becoming President of the club. NTU Men's Basketball is a special family and I would highly recommend joining us! #TrentArmy#FamilyisKey