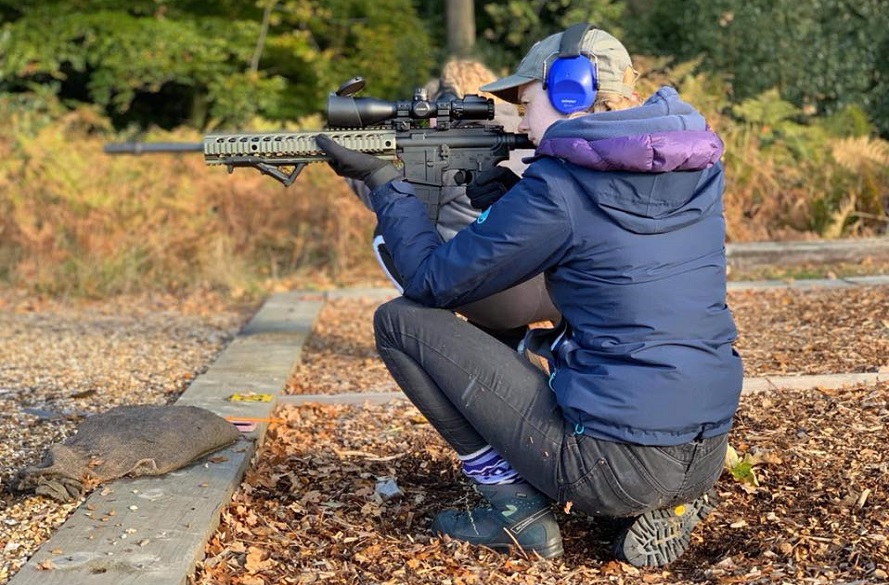 Shooting is an extremely dynamic sport, whether it be target shooting or clay pigeon, it constantly offers new opportunities to advance in skill whilst also being a good way to meet people and try an uncommon sport. Safety is the first concern of the sport, everyone is taught how to handle firearms safely. Once members are passed as safe, they will begin to gain skill in precision shooting and dynamic shooting types. We are a friendly sport who aim to ensure everyone has a safe and fun time.

NTU Shooting runs alongside with a Nottingham based shooting club called East Midlands Regional Range (EMRR). We offer regular shooting sessions and cater for those who have never shot before to students who have competed nationality in their respective countries. We shoot a variety of disciplines including:

Outside of BUCS, NTU Shooting competes in NRA events such as the Civilian Service Rifle Imperial matches. We compete in local events including Clay pigeon tournaments with University of Nottingham and target rifle matches against universities around the country. There are also opportunities to compete on a county level with EMRR teams.

Our head coach is Andrew Cooney.

We will be hosting taster sessions.

Membership is £60 which is paid to NTU and a further £60 which is paid to EMRR. This allows you to become a member of EMRR which is an annual membership, meaning if you are still in Nottingham outside of term time, you can still shoot with EMRR. A police check will be carried out on joining East Midlands Regional Range. Memberships purchased at any point during the academic year are only valid until the end of term 3.

All kit is provided by our supplier however members are welcome to bring their own.